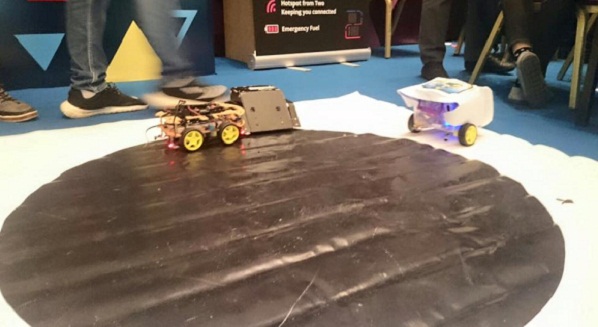 Teens displayed their car robots in a Robotic fight show at ArabNet Beirut. (Image via Kalimat)

The maker movement is gathering pace in MENA, as yet another event gives prominent focus to entrepreneurs involved in fablabs, robotics, wearables, and the rise of hardware.

The third day of ArabNet Beirut 2016 was dedicated to tinkerers and featured a number of talks around the MENA maker movement.

‘Makers’ are those who are effectively involved with building hardware, rather than purely software products. These include electronics, robotics, 3D printing, and connected Internet of Things (IoT) devices, as well as more traditional crafts such as metalworking and woodworking. The maker culture has been picking up momentum across the MENA region for around the last five years, as makerspaces in Egypt and Algeria led the movement.

At ArabNet a small venue was dedicated to young makers and enthusiasts who wanted to display prototypes of robotics cars and other devices they had built. Some of these were teenage students from the Vex robotics school in Lebanon, a subsidiary of the international Vex program.

“We have programs running in 20 schools all over Lebanon,” a Vex teacher told Wamda, pointing to a robot that a student had created. The program also organizes an annual robotics competition in Lebanon.

But it was the panel on ‘the maker awakening’ that was the most interesting, as a number of entrepreneurs and industry leaders came together to talk about their experience of spreading the maker culture through the region, and the challenges they faced. 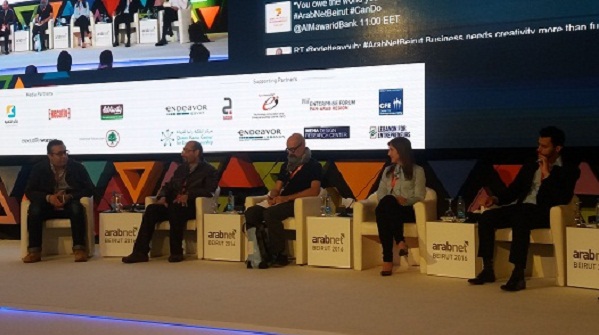 “I felt a lack of activity of makers when I moved to Lebanon from Montreal,” RapidManufactory founder Guillaume Credoz said during the panel. “I set up my own space, initially for myself at first, and then we opened it to service other people and give them access to basic tools which were not there, because you cannot have an idea without any visualization.”

RapidManufactory has six 3D printers, one of which Credoz designed himself called BigVoxel, which allows him to print large objects.

On the founder side, they all agreed that it’s good to start small when you’re a maker.

“Small companies are more reactive and responsive than bigger companies,” Credoz said. Corporates that used to doing R&D for decades tend to be more static in their thinking while makerspaces were able to break conceptual and practical barriers, he said.

Colombier said GE was trying to spread the maker culture in MENA by establishing its own small-scale hackerspaces and working with small local partners.

"Companies like GE are understanding that there's a whole big world outside of GE and we can't make things alone anymore,” she said. “So we set up makerspaces in Algeria, Saudi Arabia, Abu Dhabi and Istanbul, and these ventures are attracting partnerships that makes it easier for us to spread this culture.”

“Our partners in these countries have helped us set up events and workshops, and market these events through the media. They’ve also followed up with the students.” 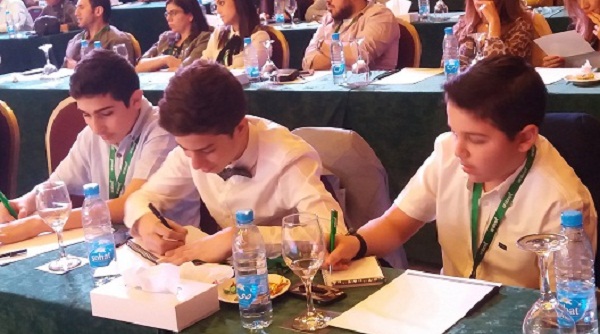 Self sustenance is key

These entrepreneurs are active frontrunners for the movement in MENA, so they’re familiar with the tough challenges to success, be it in manufacturing or funding.

“We lost our space in 2013 after our donor closed in Iraq,” FikraSpace cofounder Ali Ismail said.

“So we added our skills to include software development and other services, in addition to hardware. It’s important to sustain yourself.”

Funding was another problem for El Shair, the founder of Alex Hackerspace, who had founded his space a year before the Egyptian revolution. “We faced security issues after the revolution, and we rented a space, but we couldn’t find enough investors,” he said.

Eventually El Shair found $100,000 from his own and his team’s resources. “Now we have about 300 members who are active makers, and we're looking forward to attend the second Maker Faire in Cairo.”

Organized by Fab Lab Egypt in collaboration with the U.S. Embassy in Egypt and Intel, Maker Faire Cairo is one of the largest maker gatherings in the region, with around 5,000 makers and enthusiasts attending last year’s event. 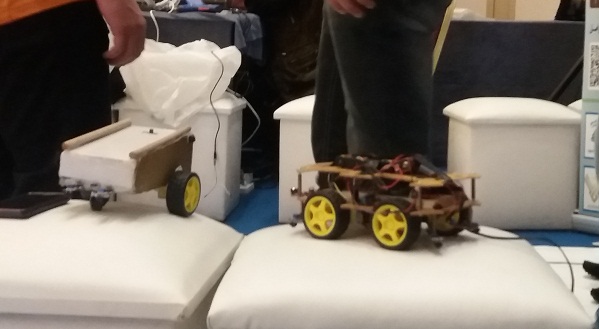 One important obstacle is the issue of high-volume manufacturing, the approach most electronics factories take.

Large orders are unsuitable for initial prototype runs and they are costly, but due to the sheer size of a single order that and because it’s unlikely there won’t be problems in the early products.

“This [problem] is why only 5 percent of VCs invest in hardware,” Credoz said. “What we are trying to do in [RapidManufactory] is offer low-volume production with the tools we have, so investors can see how the product will perform  in large-scale productions.”

El Shair is also establishing partnerships on several channels to help young entrepreneurs in Egypt with prototyping and business development.

He established a partnership with the faculty of engineering in Alexandria university about two years ago. He and his team help graduating students turn their prototypes into a business venture by putting together a business plan for them, and then helping them crowdfund their project online.

“We’ve been doing this for about two years now, and we’ve helped tens of students so far,” he told Wamda after the panel.

El Shair has a number of other initiatives, the main one being his participation in Canton Fair exhibition in China in April. He plans to form partnerships with manufacturers there in order to pave the way for other Egyptian entrepreneurs. “What we want to do is close the loop of hardware [production], from crowdfunding to manufacturing,” he said.

One last topic of the panel was the importance of introducing the maker movement to children in schools, especially in rural areas and refugee camps.

“The makers movement isn’t about 3D printing only,” said Bilal Ghalib, cofounder of makerspace support network GEMSI. “It’s about making do with the few resources you have, and learning how to be creative.”

Space-related technology is beginning to be adopted in MENA, and the ArabNet event did not ignore this small but growing sector.

Lucas Brémond is a space systems engineer at Axelspace, a Tokyo-based startup that develops micro satellites, and currently has a portfolio of 50 microsatellites globally.

“We now have a lot of companies developing rockets and satellites, which gives us cheaper cost to orbit, and some of these rockets are 3D printed as well,” he said on stage.

Another benefit is the ability to aggregate huge amounts of data in various fields, something that Jose Hachache, managing director of AP-Swiss, had previously discussed with Wamda.

“Space become accessible to entrepreneurs with less inertia than NASA [...] now is the time to sort again a new space quest,” Brémond said, amidst applause. 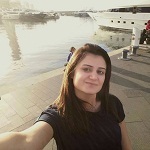 After writing for several magazines, Maysaa decided to focus all of her energy on researching and writing about entrepreneurship. She is a staff writer and translator at Wamda. You can reach her at maysaa[at]wamda[dot]com and on Twitter @MaysaaAjjan.