In the world of waste water treatment, there are chemicals...and usually more chemicals. But when one innovative Jordanian company saw an opportunity in a cutting edge technology that’s natural and more environmentally friendly, it took years to get potential clients to sign on. 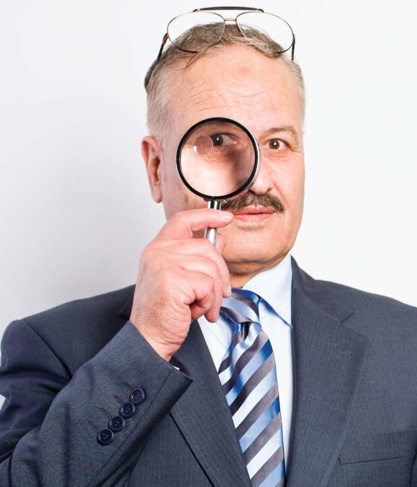 As awareness of environmental issues spread through Jordan, Mohamad Nahhas of the Nahhas World Business Center found a way to take a bite out of water pollution. Literally.

For the last ten years, the Nahhas World Business Center has been supplying Middle Eastern industrial and domestic businesses with an innovative water treatment option that surpasses even the most environmentally conscious business owner’s wildest dreams: all-natural bacteria that purify by eating pollutants out of contaminated water.

The Nahhas Center offers services including a pretest of the water contamination, a diagnosis of which system will most efficiently get the water to certain parameters, distribution of a mobile, space-saving water-treatment plant, and bi-weekly restocking of bacteria.

These bacteria, called Microbe-Lift and AquaClean, are grown, condensed and packaged by Ecological laboratories and marketed by Blue Planet LLC, both based in the United States. The Nahhas Center imports, distributes and maintains this bacteria-based wastewater treatment that is revolutionary in its mobility, stability and efficiency.

And though there are other options available, such as enzyme-based chemical treatments, the Nahhas Center is the only company in the Middle East currently distributing these bacteria, which, according to Nahhas, are far more effective than most conventional chemical-treatment processes and much more environmentally friendly.

The article that sparked it all

It all started with an article about the bacteria that Nahhas saw in a newspaper on an unrelated trip to New York in 1997. But Nahhas didn’t see the word bacteria and think “disease.” He thought “business opportunity.”

Operating since 1972, the Nahhas Center has always been based on the needs of Jordan’s small industrial base. At the time, the center was only supplying chemical cleaning products, all biodegradable and environmentally friendly. But Nahhas could already see the business-related problems with such a limited market.

“We wouldn’t have had a chance to survive in the business because it’s so easy to import those types of products,” Nahhas said.

Nahhas, thinking the bacteria would be a “good fit” for this part of the world, made a deal to be its distributor in the Middle East. He believed so strongly in the idea that he developed a mobile water treatment plant with the help of a supplier in Turkey. This plant, smaller by far than the average water treatment plant, was built to work with the new bacteria. He then invested about $1 million for marketing.

“For the first nine months, I didn’t sell a unit,” Nahhas confessed. “The environment wasn’t as big of a deal. No one was interested.”

“The hardest thing was to convince people it was safe. When Jordanians hear “bacteria,” they think of diseases, disorders. So there was no demand for a system such as mine at the time. As with every market, it took about a year before people wanted it. During the first three years, I was not making any profit. In fact I was investing in marketing the concept of biological technology.”

Nahhas’ son, Samer Nahhas, was working for the company at the time, and admits to being worried when his father first broached the idea of marketing bacteria as a water-treatment option in Jordan.

“I was scared,” Samer Nahhas said, echoing his father’s initial problems with the business venture. “But my father is a fighter. He put a lot of effort into changing people’s perception of the bacteria.”

And fight Mohamad Nahhas did. He started several word-of-mouth marketing strategies aimed at proving to industrial owners that the bacteria were both safe and effective.

“I even reached the stage where I took a handful of the bacteria and washed my face with it just to prove how safe it was,” Mohamad Nahhas said with a smile. “The only thing I advised people not to do was drink it.”

Nahhas also faced a general suspicion of foreign products. To combat this distrust, he began reeling off the hundreds of plants in the U.S. that are treated with the same bacteria. “Pepsi Cola is treated with these bacteria,” Nahhas said. “If it’s good enough for Pepsi-Cola...”

In addition to his visage-cleansing antics, Mohamad Nahhas also began offering deals to customers to prove the bacteria’s effectiveness. He would supply a company with a plant in order to clean the water on a trial basis. If the treatment worked, the company would pay him for the plant and bacteria. If it didn’t, the company didn’t owe him anything. In almost all cases, the customers paid up.

According to Nahhas, once he had built a solid marketing strategy for biological technologies, “making a good profit margin was easy, especially if you know I am not trading with the bacterial products as such. I am selling the product with the know-how that goes with it.”

As these initial clients found out, the bacteria, when used with the mobile water treatment plants developed by the Nahhas Center, are highly effective for factories, plants, companies, etc, that produce water too contaminated with pollutants or waste to immediately dump in the public waste water network. Alternately, this treated water can also be used to irrigate crops not used for human consumption. Thus factories and the like must first make their water waste compile with the regulations set by the government before setting their water loose in public pipes. And that’s where the Nahhas Center comes in.

As Mohamad Nahhas predicted, the market for environmentally friendly water treatments has grown exponentially in the last fifteen years.

“We have a public awareness pro- gram that tells people how it’s important to protect for pollution,” said Adnan Al-Zoubi, a spokesperson for the Ministry of Water and Irrigation. “We teach them ways not to pollute, how to prevent pollution. Now people understand the danger. They do not connect directly [to the city’s public water drainage network without cleansing their contaminated water].”

As the regulations for water waste have gotten stricter, the list of potential clients for Mohamad Nahhas has increased. According to Al-Zoubi, the ministry is careful to make their regulations match those approved by international standards of water purification.

“They must fix the quality of the water before dumping it into public sources,” said Al-Zoubi. “Dumping directly into the public water network makes problems for health; it puts chemical material, oils into our environment. We are afraid of polluting surface water in Jordan.”

Jordanian regulations aren’t the only thing pushing companies to seek out Nahhas’ help. Globalization plays a part as well.

“People have to start treating if they want to increase exports,” Mohamad Nahhas advised. “If a Jordanian company wants to export to the U.S., they have to follow U.S. standards. Those are the effects of globalization.

In time, the influx of customers would prove how sound a business mind Mohamad Nahhas really is. The Nahhas World Business Center has now grown to over 100 clients in Amman, 50 in Irbid and several more across Jordan, and they now have contracts with companies all over the Middle East, including the United Arab Emirates, Saudi Arabia, Syria, Kuwait, Turkey and Iran. Some of their clients in Jordan include the National Poultry Co., Intermediate Petrochemicals, United Pharmaceuticals, Jordan American Textile Co. and Al Hikma Pharmaceuticals. They are currently negotiating with Egypt, India and Pakistan to bring their water-treatment strategies to those countries as well.

The Nahhas World Business Center has lofty future aspirations. “Our goal is to expand as much as possible here in Jordan and to expand region-wise as well,” Mohamad Nahhas said. “We want to cover more industries, expand into other markets as well.”

One of the markets the Nahhas Center is expanding into is the area of plants and organic soil enhancement. Sticking with their old standby, bacteria, Samer Nahhas mentioned a new type of bacteria still in the trial period the Nahhas Center might begin to distribute. These new bacteria, which instead of cleansing would be used only for agricultural enhancement, use photosynthesis to transfer sunlight into sugar. When used properly, the bacteria would increase the plant yield, improve plant health, save water, and increase water retention in crops.

If history is any indication, any business plan developed by Mohamad Nahhas is sure to take off running. Or in the case of the bacteria, munching.