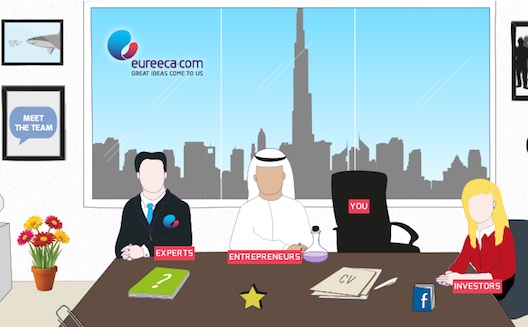 As the Arab world warms up to the concept of crowdfunding, where individuals pool their resources to donate to others’ entrepreneurial ideas, there’s already a more complex model emerging in the region- equity crowdfunding. Unlike the simple donation model pioneered by platforms like Kickstarter, IndieGoGo, and, in the MENA region, Aflamnah, equity crowdfunding is essentially investment by the crowd- a riskier but potentially more rewarding endeavor.

Equity crowdfunding made headlines in the U.S. this April when President Barack Obama signed the Jumpstart our Business Startups (JOBS) act, making it easier for emerging growth companies to secure seed capital by taking online investments from the public in exchange for slices of equity. While the intention is noble, giving equity crowdfunding the green light has drawn criticism about the model’s potential pitfalls.

Major concerns generally include: do potential investors really understand the terms of the deals and their rights? What rights do they have if a company tanks? How extensive is the due diligence on projects looking for equity crowdfunding? How are shareholder rights structured? The questions are many, but, says Christopher Thomas, CEO of Eureeca, the first crowdsourced investment platform in the Middle East, these reflect early jitters. “Mark our words, equity crowdfunding will be the de facto mechanism to raise funds for business in the future,” he says. “Ten years from now we will wonder how we ever survived without it.”

At first glance, equity crowdfunding may sound very similar to donation crowdsourcing. They both use the same technology – the internet. But Thomas says the differences are many, beginning with compliance issues. “Every entrepreneur or business owner looking to raise funds on Eureeca has to meet compliance checks,” he explains. “When we receive a pitch, we pass it over to a compliance agency that does various checks. Those checks are not in place in a donation model. Also, with a donation model, you give away money and get a t-shirt or a CD or a title in the next documentary. With equity crowdfunding, you own shares; it’s a far more forensic discussion about viable investment.”

Eureeca launched in beta this July, and Thomas predicts the site will officially launch by October. So far, he says the response has been overwhelming; Eureeca has already attracted 110 applications from business owners seeking funding, which is more than he expected at this stage. “The greatest challenge for entrepreneurs is access to capital; over 50% of businesses fail because of a lack of capital,” he says. In the US, friends and family invest $50 billion annually in new businesses, according to Thomas. “It’s an untapped pool of investment resources. People want to invest but don’t have the opportunity.”

Feroz Sanaulla, a Dubai-based entrepreneurship advisor previously with Intel Capital, says it’s not necessarily that simple; there’s a reason crowdsourcing has worked so well. “You’re not crowdsourcing money, you’re crowdsourcing charity,” he explains. “When I give money I’m giving it away, not expecting anything in return except maybe a t-shirt, film or first run product. There is no equity, I don’t reap the upside of the business, but then again: what do I have to lose? Just that $100 dollars I gave away. But if for example I am putting in money with the hopes of getting something in return in terms of equity, my question is: how do you execute that?”

Thomas says of the 110 applications Eureeca has received so far, 70% are existing businesses in operation or expansion phases, so investors are not endowing “esoteric” businesses. “It makes it much easier to make that investment decision,” he says. Entrepreneurs don’t get the money invested unless they reach 100% of their target, and Thomas says this is key for investor protection. According to its company website, once the funding target is reached, Eureeca employs lawyers who ensure the transference of shares is done legally and efficiently. “Equity crowdfunding doesn’t work unless enough people have identified the business as viable, so this encourages sound business practices.”

Eureeca offers various templates to help entrepreneurs and business owners structure shareholder rights and term sheets as part of their investment pitch, and the model also allows entrepreneurs to spread equity over a large pool of investors. Investors can chip in as little as $100 dollars, and have no cap on the amount they can invest. As there is no limit on the number of investors any given company can take on, this means shareholders are unlikely to have voting rights.

Sanaulla says the business model force fits investors into templates. “There is no such thing as a template because every deal is different,” he says. “I can put in $100, someone else can put $1,000, another person can put $10,000 – each one of us will want different rights, and each one of us will require different paperwork. Who will do that, and who will negotiate, and is it even worth negotiating a $100 deal when negotiating can cost a lot more? Templates are a good starting point, not an end point."

So, does the future of equity crowdfunding look as promising for Sanaulla as it does for Thomas? “There’s not a chance that equity crowdfunding will become the de facto mechanism for businesses to raise funds. At best it will complement the industry,” says Sanaulla.

“Sourcing investment is “not about raising money, it’s about raising smart money,” he says. “Human beings are the glue in making successful companies happen. Who opens doors? Who mentors companies? Investors do. When you lose that touch, what happens? Companies win because they have the right guidance and governance in addition to good entrepreneurs and management.”

It’s been said by many: cash is no longer the problem in the Middle East and North Africa; mentorship is the scarce commodity. Yet the experiment has begun. Now it will be interesting to see whether companies taking crowd investment will depend solely on it or successfully use it as a launch pad to garner future investment and guidance.