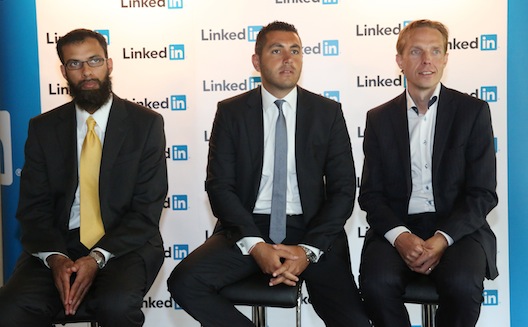 Following rumors that it might enter the region in September, LinkedIn, the US-based business-networking site, has today announced the opening of its first office in the Middle East and North Africa. The office, its only in the region, is based in Dubai Internet City and will serve as regional headquarters to LinkedIn’s 5 million MENA-based members.

The announcement was led by LinkedIn’s very first regional employee, Ali Matar, the head of hiring solutions in MENA, and hosted by Farhan Syed, director of global sales strategy, who flew in from the LinkedIn headquarters in California for the event. “We’re very happy to be here now,” said Syed. “But in a sense, we have always been here, with 5 million users in the region.”

LinkedIn is capitalizing on the exponential growth rate of social media users in the region; with 50 million social media users - and counting in MENA, 70 percent of which are under 30-years-old, the business-focused social network is entering a market ripe for expansion. The launch comes after social networking giant Facebook opened an office in Dubai Internet City in May.

While LinkedIn’s foray into MENA will primarily benefit the company rather than its users, Matar explained that move simply boosts their proximity to users. “We’ll be closer to our members and more responsive to their needs,” he said. “And we’ll be able to report any demand trends to our HQ in California.”

It will also inevitably create jobs as it expands. The company will initially employ seven staff members based in Dubai, who will focus on the sale of corporate recruiting services. LinkedIn also currently employs Dubai-based agency Clique Media to handle its ad sales across the MENA region.