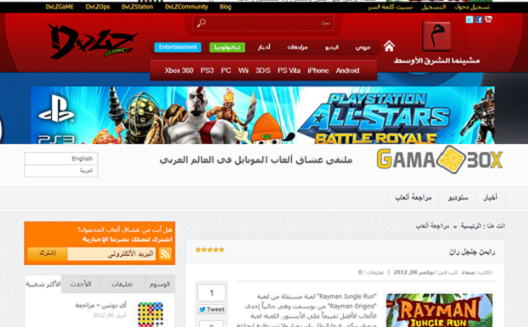 Despite a huge increase in game production in the Middle East and North Africa over the last year, the region is still lacking a major, go-to review site for native games.

A central location for online reviews is typically an essential ingredient for the development of an overall gaming ecosystem. Review sites such as Gamespot and IGN drive huge traffic to new games and offer gamers the opportunity to view and understand new titles before they purchase.

There are two startups attempting to fill the gap, but they are taking two very different approaches; here's a "review of the reviewers." 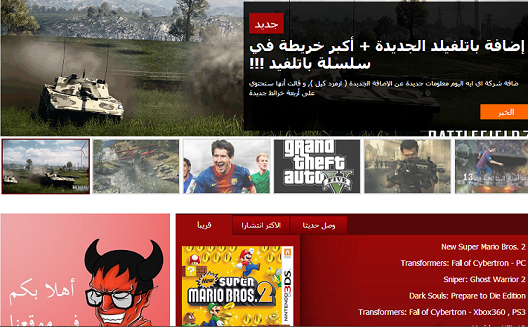 Started three years ago by Ahmed Al-Nasheet in Bahrain, DvLZGaME is an advanced online community that reviews mostly western-made games for all consoles and platforms.

Al-Nasheet started the site by himself, posting videos of his gameplay and Arabic comments on YouTube. After a regional gaming forum noticed his posts, they began to spread his reviews and the project blew up, extending his reach across the Arab world. Today, DvLZGaME has four channels, DvLZGaME (an original video gaming blog), DvLZOps (trailers for upcoming games), DvLZStation (reviews of first-person shooters), and DvLZCommunity (reviews and videos from the DvLZ community). The original blog (DvLZGaME) boasts over 50 million views on its channel.

The project also has over 500 commentators from across the region who submit videos to the DvLZCommunity channel. “Their viewers are my viewers, and my viewers are their viewers,” Al-Nasheet says.

As a regional partner with EA Games, Sony PlayStation, Microsoft Xbox and other global powerhouses, DvLZGaME has a strong network that gives them a leg up on reviewing and discussing games on their Arabic-only channel. Many of these game publishers are looking for ways to penetrate the Arabic-speaking market and DvLZGaME offers that opportunity with a very active community and a reputation for solid and useful reviews. IGN, a western game review platform, has also started a similar project, but seems to be lagging behind DvLZGaME.

Al-Nasheet sometimes spends 3-4 days straight beating new games in order to give viewers a first look at the gameplay, so they can assess whether it’s worthwhile to buy the title. As we spoke, he noted that he had three Playstation 3’s, one Xbox, and three PC’s in his office.

With a current team of ten, DvLZGaME easily monetizes through ads on their website and partnerships with large game publishers, especially when they are asked to organize regional events. DvLZGaME recently hosted a FIFA gaming tournament in Dubai on an iMax screen and also held an online competition for their contributors, allowing viewers to rate commentators based on their reviews.

Though the team doesn’t currently review games produced in the Arab world, Al-Nasheet hopes that by supporting gamers in the region, DvLZGaME can inspire others to build their own gaming startups and create great content for sites like DvLZGaME to review. 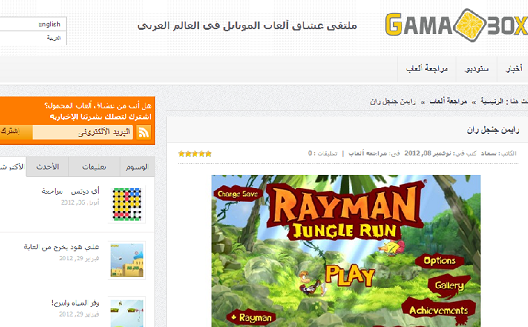 On the other end of the spectrum sits Lebanese startup Gamabox, which has launched a review platform exclusively for mobile games.

Launched earlier this year by husband-and-wife team Jean Christophe Hoelt and Souad Merhebi, Gamabox has a much lighter feel than that of DvLZGaME, and also has the ambition to become a complete gaming publishing platform as well.

Essentially, the site tries to do it all- reviews, news, game development, and publishing- with a small team of four. The team spends a majority of their time developing games rather than crafting the actual reviews, but they insist that the review aspect of their site is critical to building a mobile gaming community in the region.

It seems a little counterintuitive; why review mobile games that are generally free to play or under $5 to purchase? Unlike regular console games which cost over $60 each, mobile games can be easily downloaded, tried and deleted from your smartphone. Yet one major benefit is introducing users to new games that they might not be able to find on their own – a strategy which Hoelt hopes to capitalize on as Gamabox drives traffic to lesser known games.

Gamabox has recently been approached by several publishers both in and outside of MENA to provide Arabic review content for their new releases, a positive sign for their growth. But, as with DvLZGaME, the majority of reviews still seem to be for games developed outside of the region.

Currently, their signature game in development is Ali Hood, which features a Robin Hood-esque character with an Arabic twist (like Ali Baba), who steals from the rich while riding his magic carpet. It looks like it will be pretty catchy with decent graphics and smooth gameplay, but clearly Gamabox won't review their own game on the site. You can check out a preview here.

Though these startups are gaining some traction and steadily growing in the region, a gap remains in the market for reviews of games developed in the Arab world. “We all are working towards making users aware that they can find these kinds of services online,” says Hoelt. Gamabox has only touched upon a couple, and DvLZGaME has yet to take any major step away from western console and PC games.

As MENA’s gaming community meets this week in Dubai, it will be interesting to see whether more review startups will begin to spring up to offer gamers a place to discuss Arabic-developed games in Arabic. Maybe the next Arabic game review platform is just around the corner.