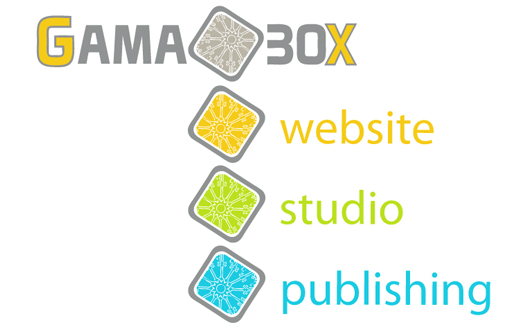 Jean Christophe Hoelt and Souad Merhebi, half of the team that launched Birdy Nam Nam, have now launched Gamabox, a platform for game reviews, news, and development of mobile games in the Arab World.

After the Beirut-based husband-and-wife team split from co-creators Lebnan and Arz Nader, they pivoted into filling a key gap in the market by creating a space for gamers in the region to promote and discuss games. "We realized that there are not a lot of tools for disseminating games online, so we wanted to create a space where gaming friends could discover the newest games that are launching," says Hoelt.

With the video gaming industry set to grow to $3.2 billion by 2016 in the MENA region alone, according to the research company Ovum, and mobile gaming estimated to be the fastest growing segment globally, according to Gartner, Gamabox is aiming to meet demand not just by launching games but also by building a mobile gaming community. Since going live yesterday, the site has already received over 2,500 likes on Facebook.

Similar to US-based Touch Arcade, an iOS-only gaming review site, Gamabox, which is in both Arabic and English, offers biweekly reviews of mobile games across all platforms. Current reviews include Doodle Destroy, the popular iPhone game created by 16-year-old Kuwaiti entrepreneur Abdulrahman al Zanki, who spoke at CoE in 2010 about his approach, and Zonkt!, the new iPad game that Quirkat Studios just released.

The site is also an outlet for Gamabox Studio's own original games. Building upon the addictive gameplay of Birdy Nam Nam, Hoelt and Merhebi will also release two games with a new focus on social good. The first, Save Water, builds awareness about how to protect and conserve water, and the second, Ali Hood (a cross between Robin Hood and Ali Baba), focuses on a young carpet-surfing revolutionary who is fighting to take money from an evil lord and give it to the poor.

Gamabox plans to allow developers to publish their games directly on the site in the future, and also to encourage social gaming, says Hoelt, which may bring the platform into direct competition with GameTako, a Saudi-based social game publishing platform that offers workshops and training to encourage gamers throughout the region to build simple, local, Arabic games. Yet, with the current trickle of localized games coming out, competition in the distribution space will hopefully only encourage more gamers to produce. Gamabox as well plans to remain exclusively focused on mobile gaming.

If Birdy Nam Nam has left any legacy in the gaming space, it's that simple actions and fast-paced play, with a local twist, can garner popularity very quickly. Yet Hoelt and Merhebi have not forgotten that approach in their quest to highlight social issues; current fans can also stay tuned for an upcoming 3D racing game.