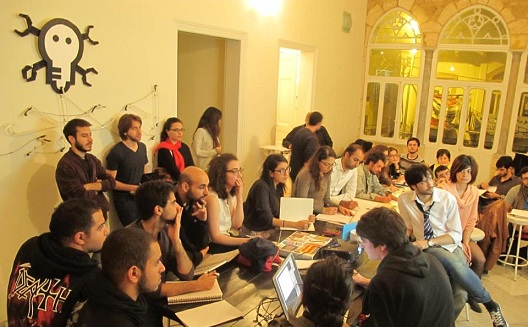 “I reject thinking like that,” Bilal Ghalib said to me when I first met him. I had just arrived in Beirut and was visiting Lamba Labs in their very early days. With a liberal arts background, I told him I was just there to observe and see what they were up to; I wasn't sure I'd be able to contribute directly.

Ghalib responded by explaining that Beirut’s first hackerspace would not just be a place for techies or developers, it would be a place for anyone to collaborate on projects on anything from hardware to cooking, software to creative writing, and music to illustration.

His encouragement, and the support of other members, immediately made me feel welcome and is what has kept me going back.

The collective was initially founded by Ghalib, the Global Entrepreneurship and Maker Space Initiative (GEMSI), and a team of highly energized Beiruti hackers who wanted to initiate a trend of hackerspaces across the Middle East and North Africa.

Lamba Labs has quickly taken over the entire second story at experimental media lab Karaj Beirut, now boasting a large room for tinkering, projecting videos, and just hanging out, a large kitchen, fully stocked by members and guests who share food with the community, a few open office rooms, a balcony overlooking the up-and-coming Mar Mikhael neighborhood, and a large open backyard space for members to hang out and enjoy collaboration in the open air. 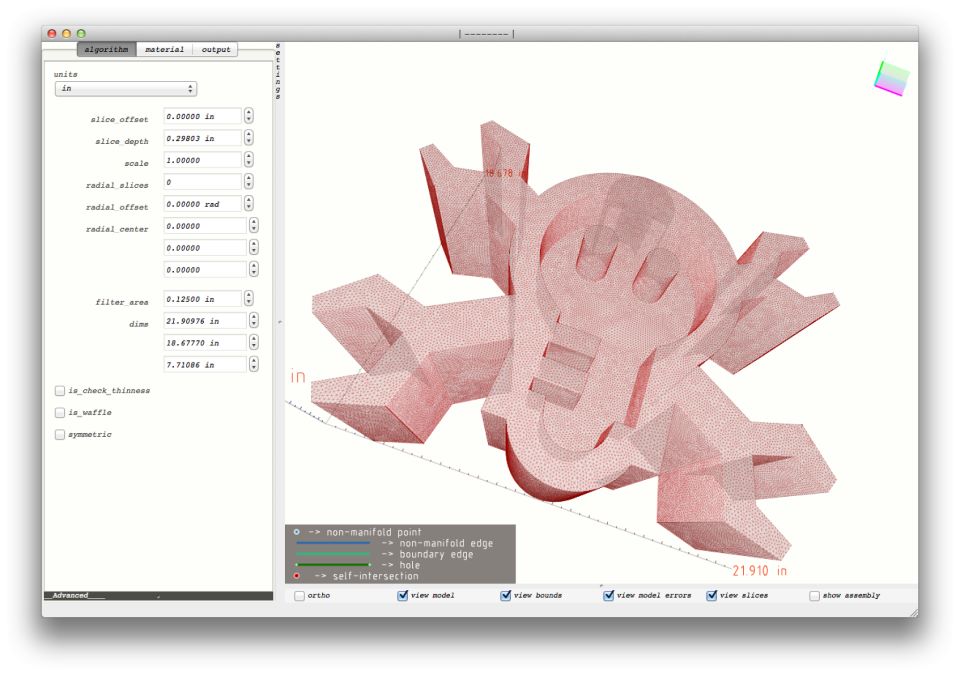 And of course, the Lambas, what the members call themselves, have a 3-D printer too- a must for any serious hackerspace.

Almost every one of their weekly, and sometimes daily, events is packed with interested participants who flock to “open build nights”, jamming sessions, clay sculpting, stenciling, arduino, cooking, illustration, and internet privacy workshops (all listed in their monthly newsletter).

It may sound like it's run from the graciousness of its founders' hearts, but the space does have a revenue plan. Members pay $20 a month, and at events, which are mostly free, they ask for donations. Should either of these sources dwindle, the team will run a crowdfunding campaign to stay afloat, says founding member Bassam Jalgha.

Of course individual initiatives are encouraged as well; one member launched a small campaign to help fund a new “Oscilloscope” for the space, using new Lebanese crowdfunding platform Yoofers.

In the spirit of openness and collaboration, the space runs under a “do-ocracy” says Jalgha: “Those who ‘do’ rule.”

It might sound like a recipe for chaos, but in fact their governance structure is very transparent. Board members are elected by members every six months to fill the slots of director, treasurer, secretary, fundraising manager, and toy master. Member meetings are all open to the public and meeting minutes are posted online.

Yet nothing's set in stone. “We are still experimenting,” says Jalgha, “this whole thing is a big experiment to see how a hackerspace community can survive in Beirut's environment.”

Indeed Lamba Lab’s governance is a refreshing contrast to the internal and surrounding political environments that so often stifle creativity and development in the country.

Just the establishment of such a space makes a statement that the old way of doing business is no longer relevant, and progress through public collaboration is the new standard. The Lambas embrace members and causes from all sectors, from political empowerment to robotics engineering and women’s rights to game development. It’s this all-encompassing energy that keeps them relevant and constantly growing.

Building on their success in Beirut, Ghalib and GEMSI have also started a hackerspace in Baghdad, now called Fikra, where Iraqi hackers and makers are finding an outlet for their creativity and offering hope to their community. Viewed as a needle of positivity in the haystack of sectarian tension, the space, which was crowdfunded through a successful Kickstarter campaign, has been pointed to as a haven for those looking to take greater control of their destinies. 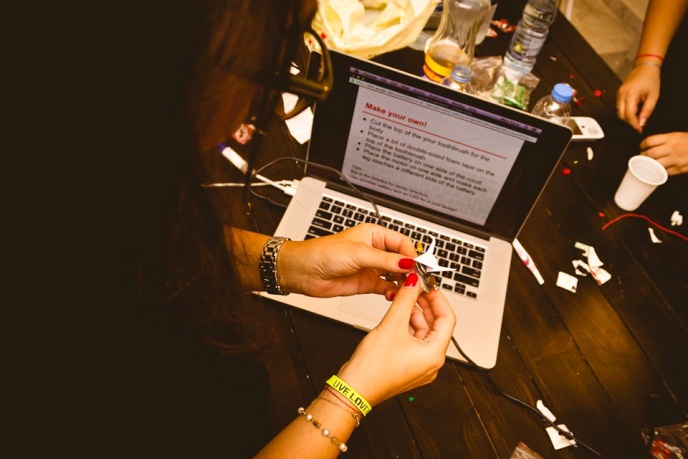 Perhaps these hackerspaces are a natural product of the revolutions across the region, a step towards meeting society's need for expression when government is slow to enact change.

If you couldn’t tell, I’ve enjoyed the time I spent at Lamba Labs, the gadget I eventually built, and especially the talented people it attracts. I hope they are able to sustain their initiative, but in order to remain sustainable they must rely on community members to keep it afloat.

This is both their greatest weakness and their greatest strength- if the community wants the space, then it will survive, if not, then it goes away. For now, Beirut seems to be hungry for them to stay open and to continue expanding; they certainly are gaining popularity fast.