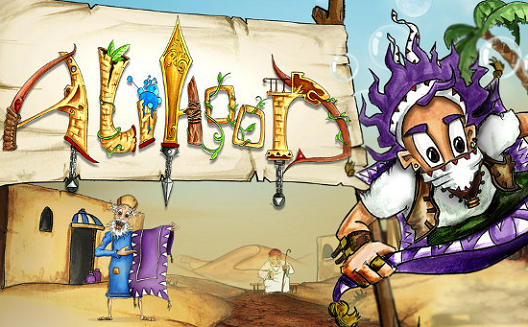 Today, Lebanon's Gamabox has made their debut in game development with the launch of their first title, Ali Hood.

Ali Hood, a cross between Robin Hood and Ali Baba, hits all the right notes, pushing the bar even higher for game developers in the Arab world. I tested it in private beta on the iPhone and it’s a fun, challenging, and sometimes comical game that is only made better by its original sound effects and music, with some Arabic flavor.

Couple Jean Christophe Hoelt and Souad Merhebi, half of the team that created Birdy Nam Nam, launched Gamabox in mid-2012. After their initial focus on mobile game reviews, a model that’s hard to monetize, Gamabox has turned their focus to game development, pushing their small team of 3 (that's including the two founders) to design and develop an authentic game for the Arab world.

The game requires users to use one hand to navigate Ali Hood on his flying carpet, and the other to fire arrows collected across each map. I found it a bit challenging to use at first, and I felt betrayed by my own thumb as I was crushed between two boulders trying to escape a rockslide, but you get used to the controls  as you progress.

Players must brave deserts, dungeons, palaces, and prisons to rescue allies, defeat guards and collect gold. Some of the maps are fairly challenging, especially if you want to collect all rewards, but I found that with a few tricks like invisibility and using pots and guards’ bodies to hold open doors, the puzzles are fun and actually involve some thinking and strategy. “We wanted the game to be the kind of game we like to play, a blend of action and strategy, topped with a unique visual identity,” says Hoelt.

I particularly enjoyed that the game allows users to carve their own path through each map; sometimes there are a few different ways to complete a level by using stealth, by attacking enemies outright, or a combination of the two. The design is playful and cartoonish with interactive terrain and characters, including swirling clouds, floating land masses and guides along the road. I would have liked to see some sort of checkpoint system however, especially in the more challenging levels, but the team decided to introduce Easy, Normal, and Hard difficulty levels to give the game a little more depth. 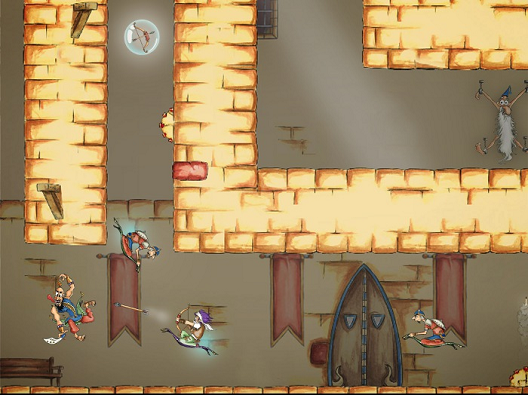 While the gameplay is fun, it’s not as addicting or simple as popular mobile games like Birdy Nam Nam, Angry Birds or Words with Friends. It has a storyline that some users (like me) may find more compelling, but that doesn’t make it as easy to hop back into the game world for 30 seconds and leave, especially when you get near the end and the levels are more difficult.

The game can be played in Arabic, English, French, and Chinese, an important functionality for a title hoping to reach readers across the region and around the world.

Ali Hood will first be available on iOS and Android to users in the Arab world, before Gamabox releases the title to gamers in the rest of the world.

Interestingly, they’ve opted for a paid model, charging $1.99, perhaps because in-app purchases don’t fit with the story-like gameplay and ads would block essential space for thumb movement. “Working on a paid game allowed us to focus on making a better game instead of spending time and effort on finding the best in-app purchase recipe,” explains Merhebi. “Although the freemium model is booming, the premium model is still growing.”

When asked what the greatest challenges were to developing the game in Lebanon, Hoelt says, “The lack of an established community of game studios is a problem. I realized that when traveling abroad to conferences, you can literally save months of work by just chatting 5 minutes with the right guys. For now, we need to travel in order to win those precious 5 minutes.”

He also adds that Lebanon’s internet and electricity infrastructure was a huge hurdle: “it always drops at the worst possible moment!”

With all hands on deck to help design, develop, and launch the game, Gamabox has been light on their original game review focus. But now they’re banking on Ali Hood, and possible future spinoffs, to propel them to mobile gaming stardom, and I think their title and team just might have what it takes to do it.

Check out the game's trailer below: