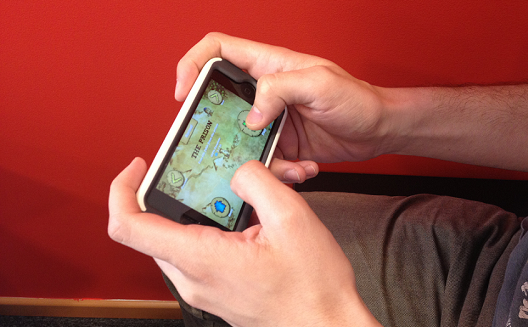 Game developers across the Arab world are picking up steam, but recent releases by mobile developers in Lebanon, Jordan, and Egypt show that a lot of developers are taking it upon themselves to promote and manage their own games, thanks to a lack of designated publishers in the region.

To help these developers measure their games' successes, there are a couple key metrics to measure, aside from revenue, to get a true read on how consumers are engaging with a game (or any mobile app for that matter).

What should you measure?

How can you track these metrics?

There are a couple very useful strategies that developers can employ to see what works and what doesn’t. The below strategies shed light on how changes to gameplay and design affect consumers.

This strategy involves grouping users based on a particular variable, usually time. For example, it could entail comparing all of the users who downloaded a game in January to those who downloaded it in February, looking at number of returns to the game, levels completed, and friends they referred.

If you added a button or push notification one month, but notice that users who joined during that month are engaging significantly less than others, maybe the change does more harm than good. Iterate based on the feedback you received to stay in tune with what users really like about your game – you may be surprised that the smallest change can have a big impact.

If you want to change how a level functions or even the game’s color scheme, but you don’t want to affect all of your users, A/B testing allows you to unveil separate options to select groups. We’ve seen startups seriously harm their user retention by making a large change without testing it on a small sample of users first.

By showing different users different content, you can more easily measure which strategy will be more successful and move in that direction, without taking the risk of turning away all of your users in one fell swoop. For a comprehensive guide on A/B Testing, check out this article.

Many games, especially those that are social or multiplayer, rely on organic, viral, and self-sustainable growth, which can only be achieved with a high “social overlap"- in other words, reaching a critical mass of participants. The K-factor measures this social overlap, revealing a game's ability to go viral and reach the point of continuing to grow without further marketing.

The K-factor is derived by multiplying the number of invites sent by each user by the percent of conversion of each invite. So if 100 people invite 1000 people, but only 150 (15% or .15) people download the game, you multiply 100 by .15 and your K-factor is 15 (which would be quite good). The higher your K-factor, the stronger your social overlap and engagement.

The main lesson of the K-factor is that marketing can push you in the right direction, but a social or mobile game won’t really be successful if it doesn’t go viral, and that’s always up to users. To increase your K-factor, make it easy to share and recommend your game. Check out the visual below or this article for more on the K-factor. 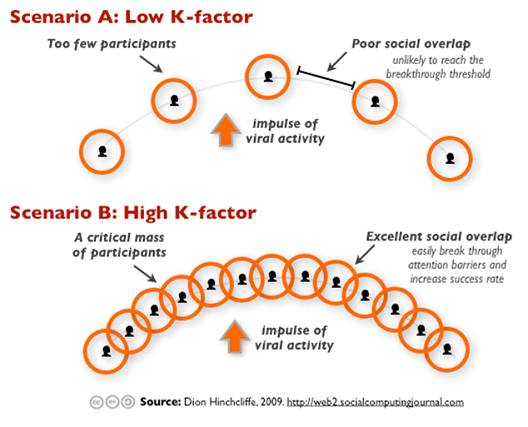 Which other strategies do you use? Let us know in the comments section below.