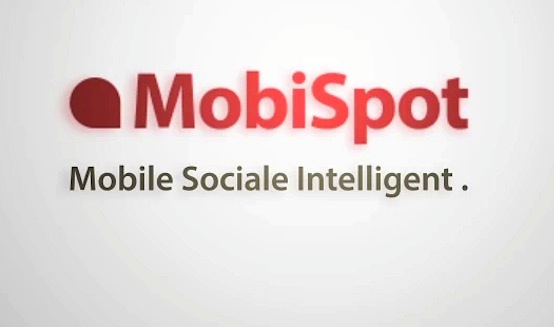 It's clear that the Arab World is hungry for video content.

Unsurprisingly, in a country where 63% of the population have a smartphone, 76% of those viewers watched those videos on their mobile phones. Advertisers have jumped on this opportunity, offering a growing number of video adertising services.

Himilco seems to have found a way. Three years ago, this Tunisian startup launched MobiSpot, a video platform that operates over SMS and MMS, initially bypassing smartphone use altogether. Here’s how it works.

A mobile video platform available on and offline

Tunisian mobile users subscribe to Mobispot to receive short, simple, 30-second long videos, several times a month. The service offers a range, from news to instructional videos about health and cooking, to humor, as well as ads.

The videos are then sent over MMS. When Mobispot first launched three years ago, that was the only option, and the service has stayed the same until now. There's not even a single mention of the service on the Internet.

Things are (slowly) changing – now that smartphones account for 0.6 million of the 12.8 million Tunisian cellphone plans, Mobispot plans on launching a smartphone app. Two websites will also be launched, one enabling the users to subscribe and select videos, the other one allowing the advertisers to manage their campaigns.

Mobispot is also planning on going increasingly social. For now, users can share videos directly with their friends, which is on the rise in Tunisia; from 2010 to 2011, the number of uploads on YouTube has increased by 420%. Soon, Mobispot will also begin broadcasting user-generated video to its userbase.

In a market dominated by advertisement over SMS only, the fact that Mobispot offers pre-accepted multimedia advertisement makes it unique. Advertisers can target users depending on their age, gender, location, education, or interests as well as social context, spending behavior, and mobile behavior.

To date, the service has mostly grown in Tunisia thanks to a partnership with local company Tunisie Telecom; all of Mobispot's 3.8 million users are part of Tunisie Telecom's pool of 4.5 million users, who represent 40% of the population. who watched 6 million ad videos until December 2012.

Now, however, Himilco is raising funds to expand to the rest of the Arab world, planning to create country-specific content, in partnership with local telecoms.