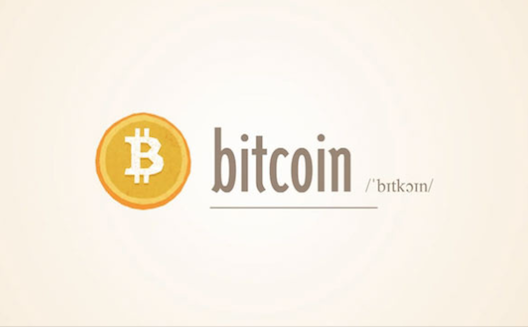 The stunning rise and crash of digital currency Bitcoin last month has created a vast amount of worldwide interest in what could be a disruptive new global monetary system.

The currency, which some see as a tech stock, is already accepted by many e-commerce sites and has passed the first round of approval required to become a Web standard. Yet its volatility has many skeptical of its viability; the value of Bitcoin soared to from $13 per Bitcoin at the start of 2013 to as high as $266 last month. It then plummeted on the same day to $100, gaining some of its value back a few hours later to reach $160. There are many concerns with a currency that isn’t tied to any government, and  isn’t regulated, aside from having to comply with U.S. anti-money-laundering laws. However, venture capitalists are taking it seriously.  In an angel round of funding that closed on April 11th, 2013 US-based Ripple (XRP), another online currency platform, attracted major financial players, in the form of Andreessen Horowitz, FF Angel IV, Lightspeed Venture Partners, Vast Ventures, and Bitcoin Opportunity Fund. OpenCoin is the company developing the Ripple protocol and the investment will be used to expand it.

How Bitcoin and Ripple work

Ripple’s older rival Bitcoin was created in 2009. Devised by an individual or group of people under the pseudonym Satoshi Nakamoto, Bitcoin is based on a vastly complicated computer algorithm. Essentially, it’s a virtual currency that can be traded online with anyone who accepts it as payment for goods and services. At the moment, there are more than 1,000 or so sites where you can spend Bitcoins.

The currency is slowly increased by digital “mining,” a process  in which new bitcoins  are added  to the existing pool of currency, determined by complex algorithms. Typically, a government can issue new currency at a rate tied to the amount of goods being exchanged, to create economic stability. In a Bitcoin economy, individuals that agree to run the mining algorithm on their computers are rewarded by receiving new Bitcoins. (For more on mining, watch this video and consider the structure of  controlled currency supply).

Transactions are then administered through a decentralized peer-to-peer network. This means that there is no central bank or authority that controls Bitcoin and, crucially, it cannot be taxed by governments. Trading platforms like Open Transactions, an “easy-to-use, financial crypto, digital cash and transaction library,” can also turn Bitcoin into a completely untraceable payment method, posing a challenge to existing legal systems.

There are currently around 10.05 million Bitcoins in circulation, each divided into 100 million smaller units, determined by the mining process. There can be a maximum of 21 million Bitcoins in the market. To buy Bitcoins, you must transfer real money to Bitcoin exchange companies such Mt. Gox, the Tokyo-based and largest Bitcoin exchange company, and create a “wallet” on your mobile phone or computer to store the money. (You can also watch PandoDaily's video below for a very brief overview):

Meanwhile, Ripple was developed byOpenCoin, a Silicon Valley startup led by financial technology pioneer Chris Larsen (founder of E-LOAN and Prosper) and veteran developer Jed McCaleb, who initially built the Bitcoin exchange Mt. Gox.
Ripple's main difference from Bitcoin is that it's not just a single online currency; its allows you to send and receive money in dollars, euros, yen or, even Bitcoin, for the fee of one "ripple." As of this April, one ripple was wroth a thousandth of a cent. 100 billion will be put into circulation, but after that, no more will be created; the currency is essentially a token given for the service of exchanging money.

Some think that Ripple's diversfication away from a single currency may hedge the risk of having a centralized trading market like Mt. Gox, that is prone to attack by hackers. Another important advantage of Ripple has over Bitcoin is that transactions take as little as 10 seconds, whereas with Bitcoin they take much longer because of the intensive computer process that is involved. For now, Ripple may serve as a good market for Bitcoin, but if its own currency becomes more expedient, some say, it could also destroy Bitcoin.

(Watch the clip below or read Kevin Roose’s article in New York magazine for more details on virtual money.)

Trust in a software based currency

While the new e-currencies hint at the possibility of a revolution in the global money system, serious questions persist. For instance, when a currency exists only on software and computers, what happens if there is technical problem? After a software glitch in March, the exchange rate of Bitcoin dropped 23% in an hour. The value of the virtual money currently exceeds more than $1.55 billion, but it could crash at any moment.

Trust, control and market volatility are key issues surrounding virtual money. Some people have called it a joke, including Bloomberg’s Paul Ford. Famous economist Paul Krugman criticized Bitcoin for making a few rich – as with the conventional system– rather than the entire economy better off. He also points out that the real value of Bitcoin transactions has decreased as a result of hoarding.

Bitcoin and Ripple are not the first wave of alternative currencies. Previously, there was the Brixton Pound launched in London in 2009, Bavaria’s Chiemgauer begun in 2003, and the Credito used on a commune in Italy called Damanhur.

P2P lending, Bitcoin, or Ripple may not be the robust solutions of the new economy, and economists are especially wary. But they also prove that Wall Street supports alternatives at the very least by clamoring to grab a slice of the speculative pie.

Whether e-currencies or tech-stocks, virtual currencies show how technology entrepreneurs can open the minds of more traditional economic players, who may go on to build stable solutions with the initial innovation. One thing is for sure, says security researcher Dan Kaminsky: Governments can’t kill Bitcoin. It’s here to stay.

As the virtual currency market continues to evolve, markets where e-commerce is very strong, or a rising sector, as it is in the Arab world and Turkey, entrepreneurs will have to pay particular attention to these new money systems in order to understand the future of money and dare to support alternative financial systems.

In this region, it will undoubtedly encounter more resistance from existing structures than it has in the U.S. Yet the beauty of it is that Bitcoin needs the approval of the web community, but not of established institutions. A new revolution is coming, whether or not Bitcoin is just a ripple in a pond.