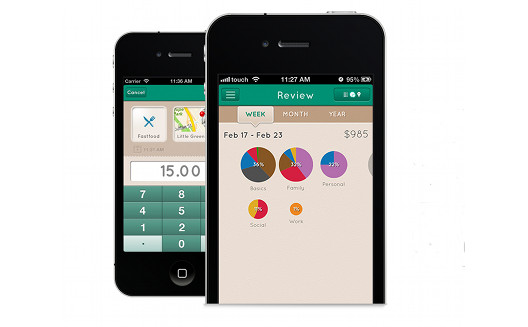 Wally, the personal finance application that officially launched at Arabnet Beirut this year, announced $400,000 in investment at the Arabnet Digital Summit yesterday.

The investment comes from private angel investors who also support Napkin, the “prototyping factory” that built Wally. Napkin is led by Baher Hakim, along with Makram Saleh, Mohammad Skafi, and Maya Zankoul.

Wally, which is led by Saeid Hejazi, is a personal finance app that helps you record and manage your personal expenses, enabling you to scan receipts and tag them by location and category. One of its strongest aspects is its user interface, which our UX/UI expert Wamda contributor George Khabbaz loved.

The new investment will be used to build the product out over the next year, adding premium features, getting more traction and gaining users, says co-founder Baher Hakim. The Wally team will add integration with utility companies and with banks (which is one of the the things that Bhavishya Kanjhan asks for in his post on TechView), as well as launching in 12 new languages. Initially, Wally is focusing on the UAE.

Recently, the team has improved the app’s ability to scan receipts and add notes, the team noted on its blog.

Hakim was frank about Napkin’s progress when we chatted at the Wally party last night (hosted by Restronaut, another Napkin-supported startup) after Arabnet. Of the five prototypes they've developed, he said, “we’ve had two failures, one whose fate hasn't been determined, and two successes"- Wally and Astronaut.

When it comes to what failed at the two that didn’t work, Hakim admits, “We just didn't reach product market fit.” Napkin's goal is to model is to "weed out the wrong ideas, products, or markets early on and with minimum expenses."

The Wally team, however, says that they've already gained 100,000 users, since their launch at Arabnet Beirut in March, which was preceded by 8 months of development.

We’re still waiting to hear more on exactly how they gained so many users in only a few months.