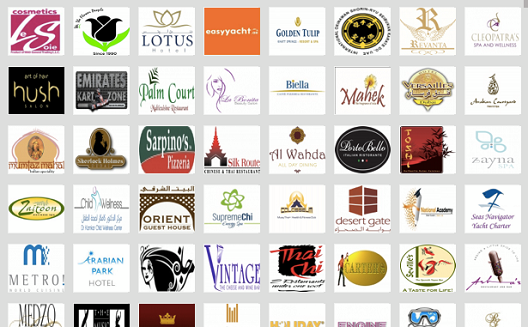 Groupon, LivingSocial, Gonabit, Cobone and other daily-deal group-buying sites have been around for ages. But as their popularity surged, so did problems like coupon fraud, poor customer service, wasted money due to unclaimed deals, and lost merchant profits from oversubscription.

Now the deals industry is scrambling to find business models that work, trying everything from mobile payments to food delivery, or just scaling back.

But a new entrant in Dubai is placing a bet on the traditional coupon model in order to please both merchants and consumers. A platform that’s free for both sides allowing merchants to distribute and control coupons, Akoupon offers a directory of merchants and their long-running deals that don’t require upfront payment. Instead of minimum-discount requirements, merchants can select the number and level of coupons offered. A recent review of the site showed nine available coupons for Apple iPad Minis at US $325; $27 cheaper than the price on the Apple site. Many of the site’s deals feature luxury chartered yachts and dinner cruises, as well as food and beverage deals at local restaurants.

Riding the wave of awareness of daily-deals sites, Akoupon tries to be what many of them are not: long-term, merchant-centric, and paid-at-redemption. Given the weaknesses of the ‘push’ model of offering coupons, Akoupon is hoping to stimulate a ‘pull’ model for customers using the site to find what they want from relevant vendors.

Akoupon.com founder Amer Abdulaziz founded the startup while working in finance at his family’s real estate and construction business. After an earlier attempt at a similar startup ended, Amer started the site with the aim of proposing a profitable way for vendors to offer discounts and establish long-term relationships with consumers. As an Emirati, Amer seems to know the market well; he uses his extensive network to get in touch with hard-to-reach vendors like luxury hotels and spas.

For one thing, “it’s not a daily-deals site,” says Amer. Instead, vendors set up pages that include descriptions, reviews, and ratings for their businesses. Vendors have full control over their offers and can decide the level of discount and how many coupons and deals are offere; up to three deals are allowed at once. For premium brands this flexibility is very important, as many worry that steep discounts can hurt their brand, while well-executed promotions can help drive new brand engagement.

Akoupon’s model also aims to provide a hassle-free experience for consumers, allowing them to download coupons for free, and then pay the vendor directly when redeeming a coupon. Amer hopes the site becomes the go-to destination for consumers to get weekend, spa, or travel ideas. Vendors are given customer data for each redeemed coupon, so that consumers don’t have to bring printed copies of the coupon to the business for redemption, making it easier to redeem while reducing the need for paper.

Right now, the company is focused on building a solid base of vendors; currently they have 100. Vendors can sign up and create profiles even without offering deals, and use these profiles as a long-term communication portal and advertising presence. The 55,000-strong subscriber base is from all corners of Dubai- high and low income, recent immigrants and longtime residents, expats and locals.

Ultimately, the focus of the site will shift from being a coupon site to being a large directory of local vendors who use the platform to offer discounts to customers.

New digital coupons company TWOFORONE GO is similarly offering a digital mobile coupon book where users can pay for a package of deals and gain access to the full complement of two-for-one deals by purchasing a specific grouping of offers. Akoupon’s offering is definitely more flexible, letting customers redeem exactly what they want, but the key will be finding a way to monetize. Although Akoupon is currently free for both vendors and consumers, Amer plans to soon add revenue streams from advertising as well as paid subscriptions for premium offers.

The site itself is very straightforward, albeit a little simplistic, but it does clearly display the brands offering discounts with easy search navigation. They would do well to consider going mobile to make coupon redemption more accessible on the spot; TWOFORONE GO went mobile first, which seems to be working out for them as they expand into Europe.

Although the group-buying discount phenomenon may have left a bitter impression on both consumers and merchants, the next wave of sites like Akoupon are looking instead to deliver profitability and engagement.