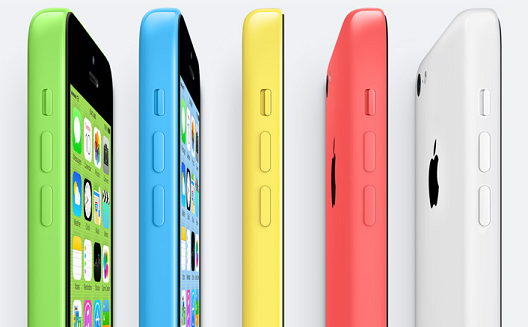 Although some have joked that the “c” in Apple’s new plastic iPhone 5c stands for “cheap” (it really stands for “colors”) the device fails to hit any price point competitive with the growing smartphone demands of emerging markets.

While Apple touts the new price of the 16GB 5c to be just $99, with a U.S. 2-year service plan, the phone without a contract costs $549. This is certainly $100 cheaper than their new 5s, at $649, but it is hardly competitive with the still much more accessible prices of Android phones that continue to dominate the global market.

Just last month, it was reported that smartphones are now outselling feature phones around the world. But only 14.2% of those sales are from Apple; Android phones, albeit from several different manufacturers, have reached a 79.2% market share, up from 64.2% in 2012.

While smartphone penetration here in the Middle East continues to rise, with Saudi Arabia and the UAE boasting some of the world’s highest smartphone penetration rates at 60% and 62% respectively, some have speculated that the new 5c is perhaps designed to meet that demand and slow Android’s momentum. But the actual cost of the new device remains prohibitive. As some have pointed out, it won't be truly disruptive as long as Apple's iPhone 5c case costs more than Nokia's average feature phone.

Changes in the 5c

In keeping with its “colors” namesake, the new iPhone 5c is available in a glossy plastic green, yellow, pink, blue, and white with a 4-inch high resolution screen, an 8 megapixel camera, and a decent A6 processing chip alongside the new iOS 7 operating system. Apple has also been pushing their sleek new matte case for customers to mix and match 5c colors. 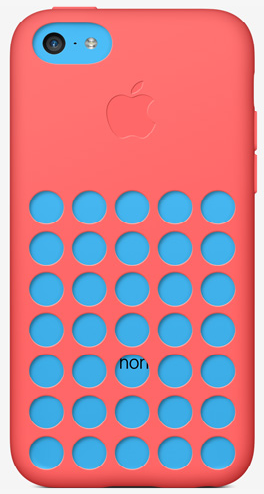 Designed to complement the exterior design of the 5c and new 5s, iOS 7 has a more translucent user experience, complete with redesigned typography and fonts, new icons, an expanded color pallet, and more obvious layers to give a new depth to wallpaper backgrounds, opened programs and scrolling images.

On top of a UX redesign, iOS 7 also introduces a couple new functions for iPhone users. The new control center lets users quickly manage the most popular settings including screen brightness, volume, flashlight, wireless and others in a popup accessible from any screen. The notification center is also now accessible from the lock screen with a new “at a glance” summary view.

An updated camera app offers new photo and video capture capabilities, including squaring photos and Instagram-esque customizations. Apple’s new “Airdrop” lets iPhone users share pages and files quickly with friends nearby without messaging or e-mailing through other programs. iOS 7 also includes a Safari redesign, iTunes radio, where you can create your own station, as well as a new App Store category that lets users see the most popular apps downloaded near them.

iOS 7 will be released on September 18, 2013 and will be available for download on any previous iPhone model.

The next step: 5s

iPhone 5s is the next progression in Apple’s iPhone series, following the same pricing structure as the release of the iPhone 5 last year; $199 for 16GB and up to $399 for 64GB on a two-year service plan. Contract free, the phone will cost between $649 and $849 and comes in silver, gold, and “space” gray.

The iPhone 5s comes with the new iOS 7 and offers Apple’s new Touch ID system, replacing the familiar pin code security with fingerprint access. Users can even use the Touch ID to authorize mobile purchases. The 5s also includes a 4-inch screen and Apples faster A7 processor, on top of the new gold color, which some have joked has a very Bond-villain, Goldfinger in particular, quality.

While it’s tough to compare Android to Apple - one is an operating system; one is also a manufacturer - the comparison between iOS and Android is fair. And Android is winning, simply because the phones they offer are much more affordable.

Apple as a manufacturer may not feel threatened by Android phones; Android-based phones from Samsung have a 31.7% market share, while Apple comes in second at 14.4% above LG, Lenovo, and ZTE. But the fact that whole populations of new customers, and developers, are looking to Android first simply because that’s what they can afford, could keep Apple’s market share from growing as a new generation, mostly with less disposable income, comes online in emerging markets.

If Apple is interested in catering more to those markets, it will have to develop a cheaper model. The 5c is not much of a discount from the original 5s, although some have, I think incorrectly, positioned this new dual release as setting a sort of class hierarchy between iPhone customers. But perhaps building the next low-cost smartphone that could, say, become popular in Morocco, was never Apple’s intention.