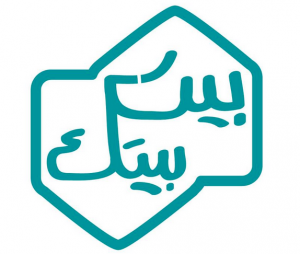 Bootstrapping a startup in the Arab world, let alone Lebanon, is anything but easy. And sometimes, despite launching with the support of an accelerator, ideas don't survive, especially in a small emerging market, if they aren't married with a viable revenue stream from the beginning.

That's what happened with BaytBaytak, one of Beirut's young, promising startups, which closed this summer after three months of bootstrapping, following their graduation from the Seeqnce Accelerator Program this April.

The startup, a map-based platform for real estates, was one of the eight startups that officially joined the Seeqnce Accelerator Progarm at a rooftop gathering last August, energized by the local community, and ready to build as part of the newest generation of startups in Lebanon.

As a real estate listing portal, BaytBaytak was designed to address challenges in one of Lebanon's most expensive and active sectors, one that currently doesn't have enough support. Apartment-seekers often find themselves turning to local brokers or a Facebook page, rather than having a listing site that is consistent and user-friendly. BaytBaytak was designed to connect potential buyers or renters to property owners, allowing users to search by range of prices, number of bedrooms and apartment sizes, with an intuitive, map-based system.

As the BaytBaytak team built the startup during the six-month Seeqnce Acceleration Program, they gained momentum; over the five months that they were active, they saw an average of 12,000 unique monthly visitors, and an average visit duration of 10 minutes.

By April, Harmouche and the team had built up a database of 1100 listings, by chasing down real estate companies and adding listings themselves. They would charge packages for brand placement; companies could pay extra to have custom icons and a fully branded, featured page that highlighted their listing. The team had designs to then open up the platform to allow users to add their properties, for which they would charge a listing fee.

Yet, things didn't go to plan. “As soon as we launched, everybody was very excited, and bit by bit the situation starting getting bad,” says Marwan Harmouche, one of the three cofounders. After bootstrapping with no income for three months, BaytBaytak closed quietly, posting its last Facebook update on May 22nd.

At that time, momentum was continuing to build, the founder says, but a lack of a scalable revenue stream, combined with internal team struggles, caused the company to fold.

Part of the reason the site's 1100 listings did not translate into deals was also that the rising conflict in Syria meant that fewer and fewer users wanted to buy apartments in Lebanon; most simply wanted to rent. And most people in Lebanon prefer to rent places by asking a neighbor and looking around; many are simply not used to going online to use a real estate platform for rental.

It's not that all portals have failed; after all, Propertyfinder.ae announced its acquisition of Lebanese portal realestate.com.lb this July. Yet, in a small market with a limited appetite for online real estate portals, perhaps BaytBaytak would have had to do something more radical than add a map interface in order to carve out market share from existing players; perhaps more capital for advertisng would have helped the team compete for real estate keywords.

In the end, the company simply ran out of cash; the founders had not secured a sustainable revenue stream upfront, which made it tought to convince investors in a small emerging market like Lebanon. “We were running out of money and we expected to raise an investment in a shorter amount of time, it was getting harder and harder for us to solve the problems that the startup was facing without any financial support, so we decided to close down BaytBaytak,” says Harmouche.

But with the lessons he's learned, he's ready for round two. “But for the experience I learned, I would definitely do it all over again,” he says.

Now, as he joins Careem, the Dubai-based car transportation service that just raised US $1.7 million from STC Ventures, here are a few of the lessons that Harmouche will bring with him:

The journey itself is the best teacher; no matter how many mentors you have or how many advice articles you read, personal experience is what brings the best or worst out of you, Harmouche concludes, as he looks forward to joining a bigger startup where he'll have a chance to gain more experience. “It is not enough to read self help books, you have to live the experience and learn from your own mistakes,” he says.