This past Friday, Steve Blank published a short and sweet piece suggesting a new way for companies to explain to investors how they plan to target an entirely new market.

The old way of pitching a startup idea would involve creating a classic X/Y graph to reveal how a company differs from competitors. 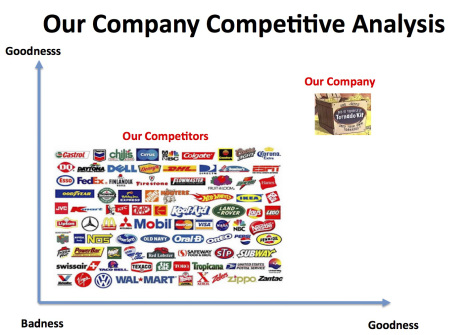 If you're launching in a crowded market, it makes sense to position yourself along axes within that market. "The X/Y axis competitive analysis slide is used by existing companies who plan to enter into an existing market," he explains. (Blank, for those who don't read entrepreneurship media much, is a professor of entrepreneurship at Stanford, and author of The Startup Owner's Manual, which Wamda contributor Kia Davis breaks down here).

But if you're trying to create an entirely new market, which is often the case for companies in the Middle East, which are often localizing models that have found traction in other markets, this graph doesn't make sense.

If you're trying to build something entirely new- for example, a lifelong learning network for entrepreneurs, you can use what Blank calls the 'petal diagram', one that defines various adjacent markets that the new entity will draw from. By filling in your competitors on each petal, but situating your company in the center, the point is made to investors that the idea draws from these markets, but is entirely new. 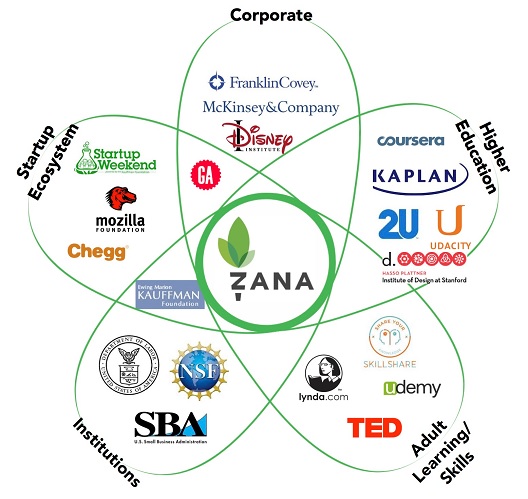 When pitching to investors, startup founders can add the amounts that have been invested in companies in each of these markets to make the point to investors that it's a hot space.

But creating the graph is valuable even for those who aren't pitching to investors, as companies that are using Lean Startup methodology can draw from each adjacent market to define their initial target customer segments.

Let us know if you've used the petal graph. For more, read Steve Blank's post (which the above graphs are drawn from).