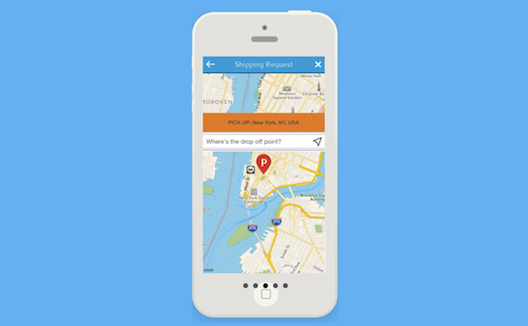 Asking friends to ship or bring back an item from overseas is a practice as popular as it is tricky. Especially in this region, with its electronics markups and abysmal delivery record, who hasn’t asked a friend – or been asked by a friend – to bring back a product from abroad?

Entrepreneurs from across the world have started tackling this informal peer to peer shipping sector by connecting travelers with strangers who want an item from overseas, in what has come to be known as crowdshipping. Startups taking advantage of this trend are the French PiggyBee, which allows people to reward the shipper with favors like a ride from the airport, the French-Algerian Jib.li, which lets people bring back anything they want in exchange for money, and the Egyptian Zaagel and the French WorldCraze, which limit the exchange to brand new items bought by the traveler.

But these services face many challenges, notably the legal risk combined with the small incentive one has to bring back items for someone they don’t know; frequent travelers may not be motivated by the often relatively small tip, and not interested doing favor for strangers for the sake of it.

Enter Friendshippr. This Dubai (and California)-based startup takes a different approach: instead of connecting strangers, they chose to facilitate P2P shipping based on how it already exists in the real world, between friends. They believe this informal practice could benefit from more structure, starting with a name; they suggest ‘friendshipping.’ Their vision is to help people know who’s traveling, and give them the opportunity to ask for help in the least awkward way possible. Forget about posting a request on Facebook that will get lost in the noise, they say; forget also about calling friends and putting their backs against the wall.

Launched earlier this month, just in time to take part in LeWeb's "pitch in style" session in front of a jury that included Paypal’s David Marcus and Uber’s Travis Kalanick, the Friendshippr app sends a complete notification to the most relevant people in your network for each specific request.

The user experience is impressively seamless. The app lets you create a complete shipping request – you select the item, destination, priority, and then a payment option – and then suggests relevant friends and friends of friends you could ask, based on where they live, have lived, or have friends who live. The app then broadcasts this request through a Facebook app notification. 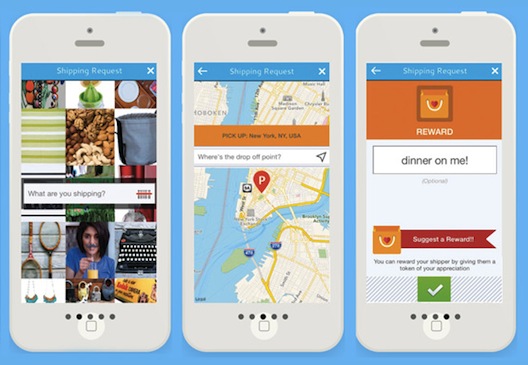 As co-founder Ramy Assaf concedes, whether users will respond to these notifications remains to be seen. For the moment, the team is set on developing the least intrusive notification process possible, reflecting Assaf’s concerns that friends may feel cornered by these impersonal requests. Friendshippr is experimenting with smart broadcast rather than a targeting format, displaying a message to multiple people rather than high-pressure individual communication. If this doesn’t work, the team has other ideas on how to notify users. At this point, it’s about testing and adapting.

The Friendshippr team knows instinctively that friends agree to bring back items out of friendship, not for money. But even friends have to figure out how to transfer money. Friendshippr lets users choose between three payment options: pay your friends back after shipping, pay your friends in advance, or pick up only if the item doesn't need payment.

The app also works the opposite way, allowing users to register travel routes to let friends know where and when they’re traveling. This way, I learned that a friend of mine was going from Beirut to Jordan; sadly I couldn’t find a way to message her directly on the app to ask for a JoBedu t-shirt. But they’re only a couple of weeks old, and the number of friends I already have using the app bodes well for its 2014 popularity.

Behind the app are Mohamed Hamedi and Ali Hamidi, the two brothers (with differently spelled surnames) behind UAE-based game company Game Minion which was sold to Palo Alto Corona Labs, Kaysar Ridha, a UX/UI specialist, and Ramy Assaf, a minority partner at Honeybee Tech Venture and former Digital Market Developer at Laimoon.

Though they all hail from the Middle East, they don’t plan on limiting themselves to this region. Half the team is working from Silicon Valley, and the company is registered in the US – due to ease of registration there, and to smooth the way for future international fundraising – and they raised $670,000 USD in seed money from American and Emirati angel investors.

“What we’re looking at here is an inevitability in the market; sooner or later P2P shipping will become normalized. In that sense, it’s sort of a race at who can figure it out and make it profitable [first],” says Assaf. This fundraising round, which may be one of the biggest yet for a MENA startup, is supposed to give them the best chances.

Fundraising was led by several international business angels with experience with Uber, Airbnb, and Google; the Dubai-based Honeybee Tech Ventures (in which Ramy Assaf is a partner) also joined the fundraising. The team deliberately chose not to work with institutional funding companies from the Middle East because their specific business plan has proven to be unpopular with local investors.

“In the Middle East, you have a margin game to play more than a scale game; this is also the case in the Silicon Valley. In a model like this, which is international, you should play the scale game,” believes Assaf, who plans on generating revenues only “when the user base is happy.”

Still, the team has some interesting ideas when it comes to revenue streams, like selling anonymous data on what products are trending in each country, selling advertising, putting in place affiliation when users need to order products, or offering financial services when a user need to borrow money.

It’s great to see a startup from the Middle East thinking global from day one. We’re definitively looking forward to see how this goes.