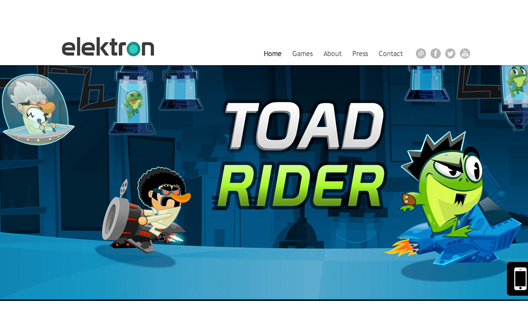 Kuwaiti startup Waveline Media seems to be going from strength to strength lately.

First, the media company launched Yabila!, a daily promotion guide for the Middle East, in 2011, which grew to generated $2 million USD in revenue last year.

Next, it launched Nabd, an Arabic aggregated news app, in early 2013, reaching 1.3 million downloads within a year, and signed a partnership with Celtra, a rich media mobile advertising service based in the U.S. Today, Nabd boasts around 95 million page views a month, offices in the UAE and Saudi Arabia, and ad clients that include Infinity, Toyota, Turkish Airlines, STC, Mobily, and Dodge. 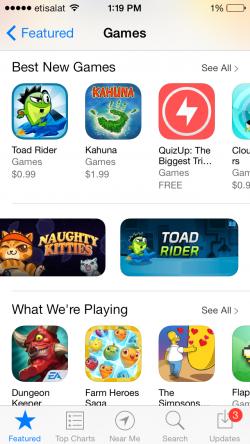 That's not enough for the Waveline Media founders, Abdur-Rahman El-Sayyed and his brother Abdullah. Now, they're diving into one of the most difficult industries in the Middle East: gaming.

Inspired by the classic Turbo Tunnel level in Battletoads, a Nintendo game released in 1991, the El-Sayyed brothers built Toad Rider as an endless runner games (like the recently popular Temple Run). The game invites you to help Zody the Toad escape from a group of evil scientists in a lab.

“When Abdallah and I were young, we use to spend a lot of time playing Battletoads, and this level in particular was very challenging,” thanks to its fast flying objects, says Abdur-Rahman El-Sayyed.

A quick test of the game reveals that its initial version isn't complicated; my biggest difficulty was, in fact, learning how to play it. Due to the fact that the game's visual depth is a bit difficult to determine, the directions and visual tutorials in the beginning take a friendly tone, but don't make the right movements completely clear. Once I got the hang of it, however, the game was fun but challenging.

The brothers are aware that there is an almost endless choice of runner games out there, yet they believe Toad Rider is different. “What distinguishes the game is its unique game play, as it requires immediate reflex; the player needs to build up a lot of nerves made from steel and a machine-like focus,” as El-Sayyed likes to put it.

Choosing a premium model (US$ 0.99) was not a decision the team made overnight, but it seemed the best course of action for generating buzz and studying user behavior.

As a paid version helps provide better insights. “You also get the chance to have better and clearer insights to study the behavior of the players and better adapt the game updates, before having millions of downloads,” says El-Sayyed.

And finally, should they want to gain more users in the future, the game developers can consider switching to a freemium model, in which downloading the game is free, but players have the option of paying for in-game purchases. Temple Run, for one, proved that making the jump to freemium can help an app retain momentum once it's proven its initial success.

“We want to build games with the potential to go big in both the Arab and US market," says El-Sayyed. "We have a few ideas for the next game but now focusing our efforts on fully understanding gaming behavior."