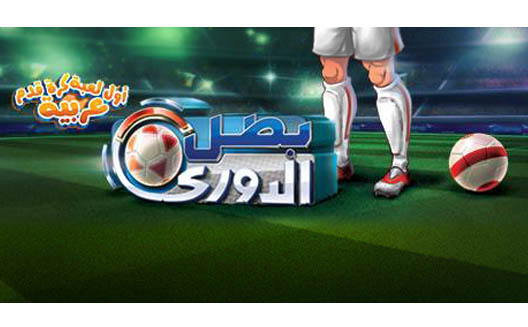 “We believe that social gaming is the future of electronic games. Game genres no longer matter; what really matters is that the game is social, which makes it capable of viral spread, with minimal advertising spend,” says Yehia Sabry, the CEO and founder of Funwave.

Based in Alexandria, Sabry founded his company in September 2011. He assembled a team of nine people, and applied for funding from the Alexandria-based startup incubator, Tahrir2. They released Batal Al Dawry, their first product, in May 2012.

More than one million registered users currently play Batal Al Dawry online, Sabry claims. The game employs a revenue model based on selling in-game add-ons and features that users can buy to increase their chances of winning.

“I faced many challenges along the way, but my biggest challenge has to be finding talented team members, because of the limited experience in the field of game development in Egypt,” says Sabry. “To succeed, I had to hire experienced developers, programmers, designers, and marketers,” he adds. Sabry praises his team saying, “We have a very talented team that’s capable of writing the Funwave success story.”

Funwave is not the only social gaming startup in Egypt. The marked rise in popularity of social gaming in the region has lured a number of other startups to invest in the social gaming market as well. Nizal is another Egyptian startup developing games for Facebook users, as well as users of other social networks.

Sabry believes deeply in the potential for the social gaming market in the region. Although Funwave is currently focused on Facebook users only, he affirms that the platform is compatible with other social networks, looking toward future expansions.

Up next? The Funwave team is currently developing a Batal Al Dawry smartphone app for iOS, Windows, and Android devices.