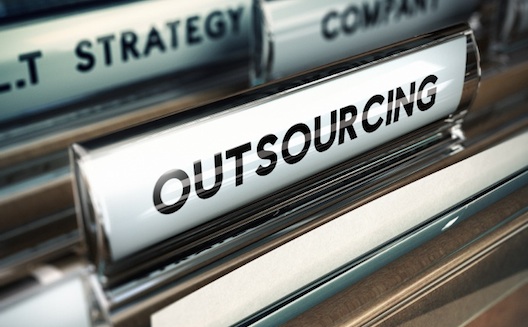 Despite the controversy, offshore outsourcing is attracting more attention than ever from companies worldwide looking to streamline. It offers all the advantages of both outsourcing (time and energy saving, optimization of human resources and access to rare profiles) and offshore (reduced costs and local know-how).

Entrepreneurs in the Arab world are part of the global trend. We spoke to three of these who are using a foreign workforce, in Eastern Europe and Pakistan, to address challenges associated with the shortage of skilled developers workers in the region so as to remain as flexible and efficient as possible during a site’s crucial beta period.

Hervé Cuviliez, co-founder of the Lebanese online media startup Diwanee, Talal Jabari from the Palestinian startup Fariqak, an Arabic fantasy football platform, and Kamal Bouskri from MyVLE, a new offering from Morocco in the ed-tech sector, give us the pros and cons of offshore outsourcing based on their own experiences, in this, the first of a two-part series.

Shortly after its founding, Diwanee was working with Lebanese developers. But its leaders soon realized that “in Lebanon, it’s easy to find four or five good ones,” explained Cuviliez, but finding “a big number of good, experienced developers” is pretty much an impossible mission. As the company grew, its team realized it would need to look offshore to fulfill its increasing coding requirements.

By chance, a Diwanee co-founder of Serbian origin, while on vacation in Belgrade, met a person working for a tech offshoring company who offered to help for a few hours a week. After he did a great job, the Diwanee team hired a few employees from this company full-time. Four months later, all 30 employees of the Serbian company were working for Diwanee.

Fariqak.com has also resorted to offshore outsourcing due to the lack of a deep pool of qualified workers, as well as the fact that developers in other parts of the world are cheaper than those in Palestine. When he didn’t find qualified candidates in Palestine, the startup decided to outsource to Pakistan.

According to Kamal Bouskri, co-founder of MyVLE, resorting to freelance offshore developers was a matter of flexibility, in terms of time and money. He explained: “for us, the logic was simple. We have a concept that requires development while spending as little as possible. We wanted to have minimal losses in case the project didn’t meet market needs and couldn’t be modified.” This meant no hiring of employees or managing a team, renting offices, investing in furniture or IT hardware.

Flexibility is also the center of Diwanee’s strategy. The startup continues to use freelancers for some aspects that are very technical or require specialties not needed by the company full-time. The company, specialized in creating online media, also uses freelancers to create content, especially during busy periods such as Ramadan or to develop content tailored to a specific geography.

When to develop internally?

If your product is very technical or critical to your product or service, it is better to develop internally, according to the three entrepreneurs. Even though the Diwanee and MyVLE teams are aware that they wouldn’t have made it without outsourcing, they are convinced that some things shouldn’t be developed externally. Hence, after an initial period, they quickly sought to take control again of certain aspects of technical development.

“It’s too risky,” argued Kamal Bouskri, to continue outsourcing after an initial period. According to him, once an entrepreneur has proven to be on the right track, i.e. once the MVP (minimal viable product) stage is done, “they must ensure they have total control over the product and do not depend on uncontrollable external factors.”

The company now has a local team in Morocco and only occasionally resorts to using freelancers.

Diwanee’s approach is similar: once the thirty employees of the Serbian outsourcing company were all working for Diwanee, the Lebanese startup bought the agency and made the CEO a shareholder in Diwanee. Cuviliez explained, “it is a very strategic part that we cannot afford not to control.”

For those who cannot afford to buy outright an outsourcing company, Kamal Bouskri suggests a gradual approach: start for example by hiring a CTO who can divide the code between freelancers, supervise the work, and if necessary redistribute the work internally.

Check our our follow piece on how to go about scouting for and hiring an offshore outsourcing firm, and what to do when things go terribly wrong.