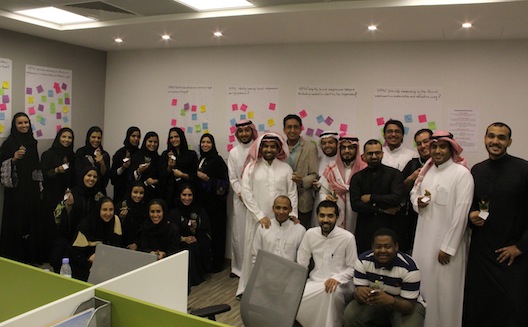 Despite notable strides forward, entrepreneurship in Saudi is struggling; getting people to leave their well-paid government jobs with lots of vacation time to step into the unknown is an uphill battle policy makers are fighting all over the Gulf region. The idea of social entrepreneurship – where the end goal is not to strike it rich but rather to enrich a community – may prove an even harder sell in the Kingdom.

But determined, charity minded individuals like Lujain al Ubaid are fighting an uninformed public, a glacially slow bureaucratic process, and the lack of a developed entrepreneurship ecosystem to empower young Saudis, both male and female, to take steps to improving the communities they live in.

Al Ubaid’s cites her penchant for social awareness as having developed from a young age. “As a child, my mother would take me to orphanages and homes for the elderly around Riyadh. We would donate our time almost weekly,” says the social entrepreneur on a call from Saudi Arabia’s capital last week. “These experiences touched me, these stories changed me. I believe we are obliged to give back to our community and society.” 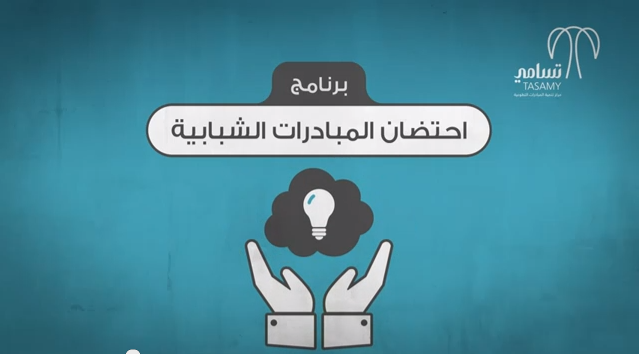 After graduating from Al Yamamah University and working in various fields, Al Ubaid and her partner Ameerah al Taweel established Tasamy in December 2011, originally as what she describes as an “umbrella volunteer network,” using her diverse network of contacts from university, several jobs, and “just growing up in Riyadh.” Realizing there were already several organizations doing similar work, she and her partner pivoted in 2012, with the new goal of developing short programs to empower Saudi youth to take charge of changing their communities.

It’s taken nearly three years to get the necessary permits, even with Abdelaziz AlGasim, one of the top law firms in the Kingdom, supporting their efforts. But finally, this month, the seven-person team is officially launching Kun, a 60-day program for young people to design and implement social initiatives to improve their communities, mentored along the way by relevant professionals in the Tasamy networks.

Last year’s successful pilot program has given the team confidence in the potential success of Kun, which means ‘to be’ in Arabic. Of the three pilot projects, the founder outlines one as having been particularly successful: pitched by 19-year-old Omnia, the Help Us Help You project was a campaign to raise awareness about a government hotline which people could call to report street repairs in Riyadh. The project was “impractical and illogical,” Al Ubaid laughs. “You don’t see girls working in the streets of Riyadh. But it demonstrates a willingness to work and a willingness to change things,” says the founder. Girls like Umnia are wanting to “roll up the sleeves of their abayas and get to work.”

Tasamy’s Fellowship Program, scheduled to launch in March, is a more intensive yearlong leadership program-cum-incubator that will guide fellows through the process of setting up their social initiative, including trainings in professional skills, help with logistics, seed funding, mentorship. At the end of the program, says Al Ubaid, “we will plug fellows into our investor networks, allowing them to pitch their ideas.” 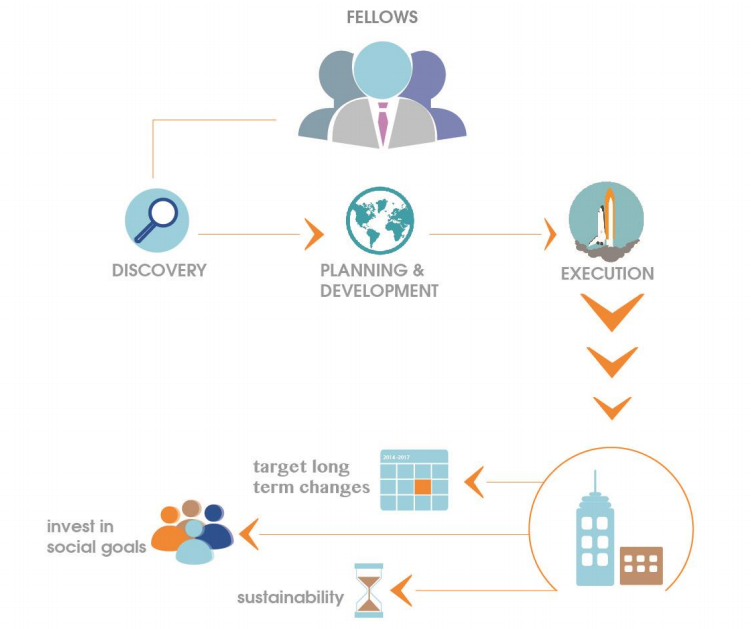 Al Ubaid and her team launched these programs to address a series of problems faced by young, entrepreneurial Saudis they isolated over the course of their university and early professional careers. These include governmental challenges (difficult regulatory environment, slow decision making, inefficient bureaucracy), environmental challenges (chief among which is a general unfamiliarity with the concept of social entrepreneurship), and personal challenges (these can include lack of experience with skills necessary to successful entrepreneurship).

The unique difficulty women face in attempting to start a business in the Kingdom straddles all three of these categories, Al Ubaid says. While she personally was able to avoid the “feminine challenges,” as she refers to them, “because I had a supportive family,” it would seem that a supportive family would only take one so far. Regulatory frameworks and social taboos limiting women from working independently present obstacles that they must often surmount on their own.

But while she admits that “dealing with men hasn’t always been easy,” it’s less the differential in how genders are treated that is the problem, and more just “a certain inflexible mentality” pervasive in the Kingdom, one that provides the foundation for several inefficient institutions.

But the fact that people have been interested in Tasamy’s projects so far spells hope for the founder, and for her country. With a minimal new media outreach campaign for the pilot project, the founder says they received over 400 applications for three spots in the Kun program; “we expect the same level of interest moving forward,” she says.