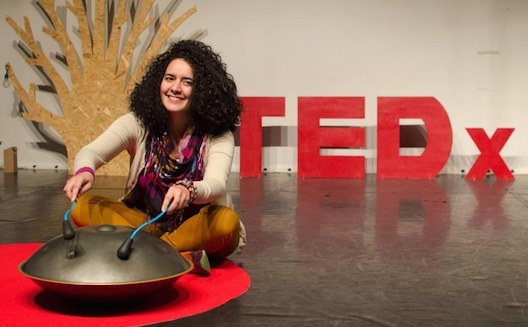 For some, entrepreneurship starts as an epiphany, and quickly becomes an addiction. Asma Mansour is one of them. The founder of the Tunisian Center for Social Entrepreneurship, the first organization dedicated to social entrepreneurship in the country, has been so active that she’s been made an Ashoka Fellow, and was featured recently on Buzzfeed.

Her whole life, Mansour lived in a conservative family who believed women were to take care of the household, and young women should go back straight home after school. This all changed when Mansour discovered university clubs and started volunteering. “Volunteering was like opening a window into the world, it was a way of breathing,” she confesses. “I invested a lot of myself into it. I found a passion; it helped me discover myself, and acquire skills.”

The young woman was quickly confronted with the limits of university volunteering. “Students don’t plan more than a year in advance; they have to raise funds every year, with no means of measuring the impact [of past actions].” To counteract this, she decided to turn her social work into a profession, and to join a company to work on CSR. When she realized that her accountancy diploma was not enough, she returned to university to get a Master’s degree in financial engineering. While in school, she saved money to attend a conference in Japan. This trip turned out to be more than her first time abroad.

In Japan, she met a social entrepreneur and got acquainted with the idea of the social entrepreneurship, at which point she realized that “it’s possible for a company to have a social mission.” When she flew back, the Tunisian uprising of December 2010 was taking shape, making her more convinced than ever that she ought to work to improve her country.

With Sarah Toumi, founder of Acacia For All (and another Ashoka Fellow), and Hatem Mahbouli, a Tunisian interning for a social investment fund in the US, she launched a competition for social entrepreneurship. Much to their surprise, they didn’t receive business plans, but only ideas. Seeing that the need was different from what they were expecting, they decided their action should be dedicated to helping Tunisians turn their ideas into reality. As a result, they created the Tunisian Center for Social Entrepreneurship.

Mansour explaining social entrepreneurship in Tunisia, the mission of TCSE at TEDxDunkerque

Another big challenge is access to funding, says Mansour. Tunisia’s two public banks, as well as the private banks, don’t care much about social entrepreneurship. Business angels also only look for high return on investment, and the seed funding is strictly accessible to traditional entrepreneurship. To answer this problem, the center has decided to put Tunisian social entrepreneurs in touch with international funders, such as Ashoka, and to work on raising awareness among local funders.

The organization is also working on making social entrepreneurship’s impact more measurable. The team is currently working with Egyptian company Andalucia Financial toward this end.

The Center has met such success that two other, independent centers have since been launched in Morocco and Algeria. The three centers are now working hand in hand to launch a platform called Taqamol.org, which means ‘complementarity’ in Arabic, whose objective is to raise awareness of social entrepreneurship in the Maghreb, to publicize social entrepreneurship projects and support organizations, and promote recruitment and funding opportunities.