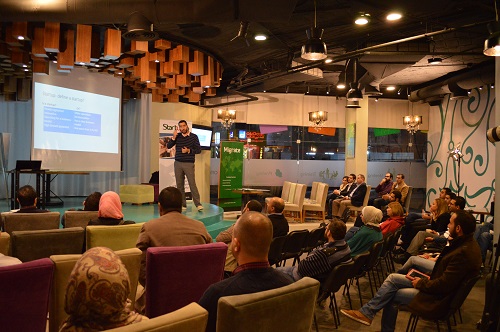 Four years after launching Sitat Byoot, the female focused e-commerce site, CEO Saeed Omar is about to embark on a new journey in the entrepreneurship world: StartupJo. Launched by Omar with Walid Skander in November it is the country’s first first online database for the Jordanian ecosystem and startups. So far the database includes no less than 53 companies.

StartupJo seeks to draw a clear map of technology entrepreneurship in Jordan to enable entrepreneurs, investors, and mentors alike, to communicate with one another online. Globally top entrepreneurship databases include startupgenome.co, angel.co, and crunchbase.com. At the regional level, there is Startup Database and now StartupJo which will focus in the beginning on Jordan but whose doors will remain open to anyone who wants to participate.

Despite differences between the two projects founded by Omar, in terms of the goal, focus, and audience, they both aim to enhance and strengthen the entrepreneurship concept in Arab societies. But how did Omar dare to do it all over again? And more importantly, how does he reconcile between the two projects? To answer these questions, Wamda had a little talk with Omar.

1. Why did you decide to start another company?

I think of myself as an entrepreneur who longs for change and opportunities. That’s why I can’t resist working on more than one project at the same time. The idea of StartupJo saw the light after I noticed that no one had tried yet to set clear parameters for the ecosystem in Jordan, which made me realize the importance of a database that helps entrepreneurs interested in connecting with other companies, investors, and mentors.

2. What components are helping you reconcile between the two companies?

Work nature: Startups have a smaller workload than normal companies. My companies are web-based through websites that we only have to create, develop, and manage.

Staff nature: The fact that I can rely on and trust the team of Sitat Byoot makes running the company much easier.

3. What challenges do you face as a founder of more than one startup?

I don’t think of them as challenges, but they’re definitely the difficulties that result from any project, namely time and resources. Sometimes, I would be planning to do more than one task at the same time and I don’t make it. This negatively affects my partners, customers, and employees.

4. What is more difficult, running the first or the second project?

During its four years of activity, Sitat Byoot went through different administrative models, until we finally decided on the current model, which was a big relief for us and contributed to the stability of our system. That is why that company no longer takes much of my time, especially because I trust and rely on my partners. StartupJo on the other hand is taking most of my time. Management isn’t steady yet and we’re still building the platform.

5. What’s your advice to entrepreneurs? Would you recommend they run more than one company?

I don’t usually recommend running more than one project at a time. My general advice would be that if your company hasn’t yet reached its full potential, you better fail quick while the company is still small.

6. In terms of the life span, what’s the perfect timing to launch a second company?

Our region is different from Silicon Valley which has a clear definition of the life span of a startup. 99% of Arab investors find it hard to reach their goals. That’s why I recommend founding a company that offers products and requires funding, and another one that offers services and generates profits. This strategy is widespread in the Arab world. It helps fund startups although it drains sources.

7. Does quantity affect quality when more than one project is run at the same time?

Of course focusing is crucial to the success of any project, and any entrepreneur. No one can run more than one project at the same time. The key is to train and hire others to continue the tasks after you. The greatest entrepreneurs face challenges one after another and not together. Life is too short for us to be everything we want to be. We can only leave one legacy that is if we’re lucky enough. 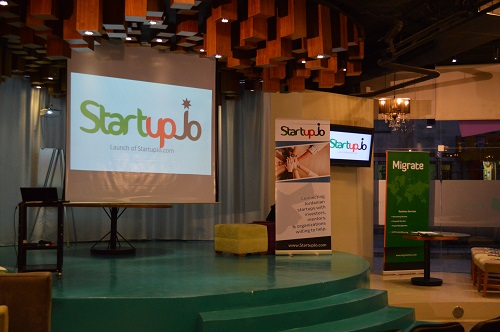