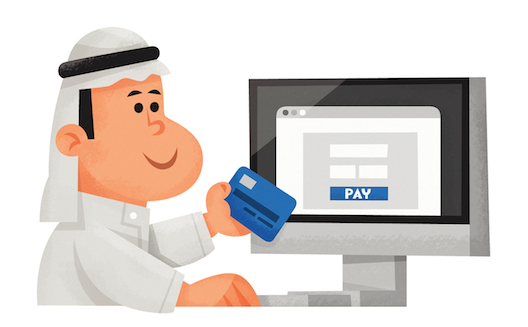 White Payments, the newly launched Bahrain-based online payments solution targeted at entrepreneurs throughout the Middle East, is announcing this week their acceptance of early stage users in the Bahraini and UAE markets.

For several weeks now, the startup has been in private beta mode in both Bahrain and the UAE (although the number of users has not been disclosed); now the payments startup is opening up the floor to the public.

“The ability for someone to start using the system almost immediately, and the API [application programming interface]” are what Jean Amiouny, White Payments’ cofounder, believes are the unique selling points for their system. The founders also believe that the absence of setup fees and security deposits, with only a 5% transaction fee, will appeal to users.

“Without getting too technical, the API allows any device connected to the internet to create a charge simply by sending a chunk of code to our API endpoints. I want to stress that as simple as this may sound, it is indeed secure,” the cofounder says.

The brainchild of Amiouny's partner Yazin Alirhayim, White Payments was borne out of their exposure to constant complaints from friends and entrepreneurs about the hassles of trying to pay for things online, trying to move money around, and trying to set up payment systems for their businesses.

Looking to specifically target entrepreneurs, startups, small businesses, developers, designers, and all creatives, their aim is to take the burden of dealing with banks, payment gateways, merchant accounts, and security deposits away from the entrepreneurs.

Even for those entrepreneurs using common CMSs (like WordPress), the capacity to accept credit cards on their site is as simple as installing a plugin. The founders believe it could have an effect on the entire payments ecosystem: “this could bring in a slew of payment infrastructure startups built on the backbone of White’s API, including fully integrated e-stores like Shopify, invoicing or ERP software [business management], and hardware devices like POS-machines [cash tils],” says the cofounder.

White Payments does have plans to expand further into the region in 2015 though as of yet they cannot specify.