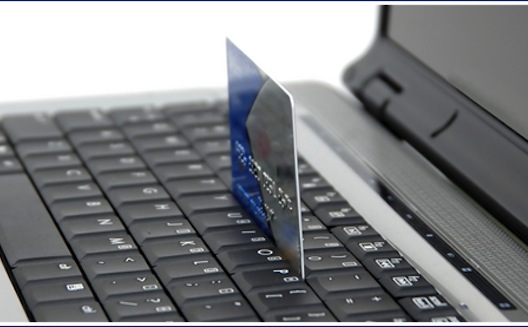 In the midst of a particularly volatile time for the Middle East and North Africa, there’s at least one thing we can be sure of: more people are spending their money online than ever before. A PayPal study released last year estimates that as of last fall, 30 million people in the Arab region were using the internet for their shopping (up 65% from 2011), and that the regional e-commerce market will grow to $15 billion USD by 2015.

The increasing comfort with e-commerce among MENA internet users spells opportunity for entrepreneurs setting up new shops online, as well as established offline merchants looking to transition to the internet to expand their reach.

But several barriers stand in the way. Regional e-commerce customers are by and large bypassing their local merchants, instead choosing to shop at online retailers based outside the region (PayPal reports that 90% of online transactions in the Arab world are with companies outside the region). This is likely due in part to longstanding security concerns about regional e-commerce sites among buyers in the Arab region, but there’s a more serious issue at work here: local entrepreneurs and established sellers alike have faced a whole host of challenges in setting up shop online, from months-long waits on bank approval, to high currency exchange rates (meaning higher costs for customers), to low transaction approval rates from foreign banks suspicious of customers initiating transactions from the Middle East.

A new breed of payment gateways

To combat these barriers retailers face when looking to get a piece of the e-commerce pie, several players with, in some cases, decades of experience in the regional e-commerce sphere, are establishing localized payment gateways that they say will make breaking into e-commerce much easier for MENA companies of all sizes. Among these are Telr + Innovate Payments, Hyperpay, PayTabs, PayFort, and White Payments, among others.

In order to begin accepting money from customers, new e-commerce ventures have traditionally needed to apply through a payment gateway (usually based in the US) for merchant accounts, which are a type of bank account that allows businesses to accept payments by debit or credit cards, from an acquiring bank (usually the credit card company like Visa or MasterCard). The acquiring bank then communicates with a customer’s bank when an order is placed. Before opening the account, the acquiring bank evaluates the potential e-commerce store based on 10-20 elements. Then, the store needs to go through an integration process connecting its site with the bank. In its entirety, the process can take months to complete.

The new breed of payment gateway will also make it easy for e-commerce stores to transact in local currencies, a service even PayPal struggles to provide (PayPal doesn’t currently allow its users to make or accept payments in any of the Arab world’s currencies). On the other hand, PayTabs supports 176 currencies, and Telr + Innovate Payments supports “all” local currencies. Hyperpay supports the Jordanian dinar, the Saudi riyal, the Emirati dirham, and soon the Egyptian pound and Kuwaiti dinar (in addition to the British pound, the Euro, and the USD).

From months to hours

Now, new payment gateways are already locked in an arms race to see which of them can cut waiting time down the most. With e-commerce focused gateway Hyperpay, says founder Muhannad Ebwini, an original employee of regional industry leader Souq.com back when it launched in 2000, new e-commerce companies can be integrated with banks and authorized to accept payments in as little as two weeks. Telr + Innovate Payments executives Elias Ghanem (formerly of PayPal), Sirish Kumar, and Andy O'Sullivan – leading a team with over 80 years of experience in the payments industry – boast a waiting time of “a few days.” With PayTabs, says founder Abdulaziz Aljouf, “new merchants can do the whole thing in 24 hours.”

How has this new breed of localized payment gateways slashed waiting times for e-commerce newcomers so dramatically? By establishing relationships directly with acquiring banks, and writing copy-paste code (with interchangeable variables) that allows lightning fast integration. “Merchants don’t have to go [individually to each credit card company], they don’t even have to go to the banks,” says Aljouf of PayTabs. “We already have the relationships.”

If PayTabs’ strength is its ability to get e-commerce sites up and running in as little as 24 hours, Telr + Innovate Payments’ ace in the hole is that it can actually lend startups money, based on projected earnings, to help them scale. The result of a merger between the two companies announced last Monday, the company will offer startups that qualify a “working capital advance,” based on observations of a company’s sales volume and behavior over a three-to-six month period. What happens if a company defaults on the loan? “This is business,” says O'Sullivan. “There’s risk in any business.”

Further, Telr + Innovate Payments will enable merchants who don’t have a website to complete their first online transactions, says Kumar, allowing the service to reach people who might not even have internet access at home.

As for Hyperpay (which is in the same payment gateway family as Gate2Play, a service which facilitates the sale of virtual goods), founder Ebwini cites Pay.On, the “state-of-the-art German white label payment technology,” as setting his service apart, as well as the service’s broad network of local banks, and its longevity (Gate2Play has been operational since 2012).

“What’s missing now is nothing”

“I believe by next year we’ll see huge growth,” says Muhannad Ebwini, as a result of the new breed of payment gateways that will make it easier than ever for e-commerce stores, both the startups and the established offline retailers, to get online.

But, we have to ask, will the sole fact that there are lots of new e-commerce stores soothe the nerves of jittery potential customers throughout the region? If we build it, will they come?

“Of course this is going to cause people to start shopping online,” says Ebwini. When the region’s biggest brands, currently offline, bring their business online, trusting customers will follow them, Ebwini believes. Further, with the tokenization payments – the one-click purchase that relies on safely saved customer credit card information made famous by Amazon – that these new gateways will allow, it will be easier than ever for customers to buy.

All that remains is for customers to get used to the idea. “This is the phase we’re in now in the Middle East – educating the users,” says Ebwini.

“What’s missing now is nothing – we just have to wait until maturity.”