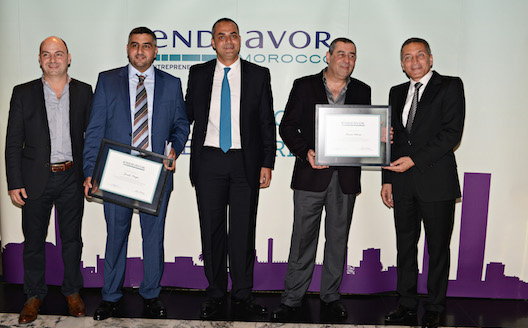 It’s been several years now since Endeavor set foot in the Arab world, with the goal of identifying – and supporting – companies that stand to create jobs, money, and become entrepreneurship icons.

Ever since its creation 18 years ago in Argentina, the organization has selected 1,030 high impact entrepreneurs who have cumulatively created more than 400,000 jobs and $6.8 million in revenue. Last year, the organization, very active in Egypt, but also in Jordan, Saudi Arabia, Lebanon, Turkey, and the UAE, decided to expand to Morocco to help 50 high impact companies that, by their calculations, stand to create 19,000 Moroccan jobs and $1.25 billion by 2020.

They all helped by suggesting entrepreneurs and by spreading the word. In six months, they suggested 300 entrepreneurs from all sectors in Morocco that could have a high impact. Then the Endeavor Morocco team conducted a study that led them to identify 700 fast-growth companies in Casablanca.

Why such excitement? For Hazzaz, it’s a matter of timing. “Endeavor looked at Morocco a few years back, but the ecosystem wasn’t ready yet,” he says. Now, things have changed: entrepreneurship is on everybody’s lips, the government started many initiatives to help companies see the light of day, and grow.

For now, the organization has met 100 of those entrepreneurs, 50 of whom show real potential, and has started the selection process. For Hazzaz, there’s no shortage of talented Moroccan entrepreneurs; it’s just that their potential isn’t realized. “We have huge potential, we simply need to work on it,” he explains.

Yousef Chaqor created Kilimanjero, a company that collects used cooking oil from restaurants and hotels and resells it to foreign biodiesel manufacturers, thus creating an entirely new sector in Morocco that helps reduce water pollution and brings in foreign currency.

As for Mourad Mekouar, he created M2T, a financial transaction company best know for its proximity payment points network, Proximo Tasshilat, where Moroccans can pay bills, transfer money, and purchase mobile minutes and transportation tickets. With its 1,700 payment points, the company caters to 2 million Moroccans per month.

So why do Moroccans continue to lack self-confidence? “First of all, we focus too much on our shortcomings,” explains Hazzaz. “We’re a nation like any other, we have shortcomings, but we have to learn to live with them and focus on our advantages, and on fulfilling our potential.”

The fact that Moroccan media rarely talks about Moroccan success stories might also have something to do with it, he believes. Media sites don’t talk about successful entrepreneurs, he says, and successful Moroccan entrepreneurs don’t like to talk. “People are afraid that talking about their success will bring the bad eye on them. They’re not comfortable with success, they feel talking about it is bragging.”

And yet, sharing those positive stories is crucial, he continues. “To increase the number of success stories, you have to show success, and even more importantly, continuous experimentation,” he explains, because this will convince young people that success is possible, and inspire them to go for it. This is why Hazzaz has made the popularization of success stories a personal challenge. 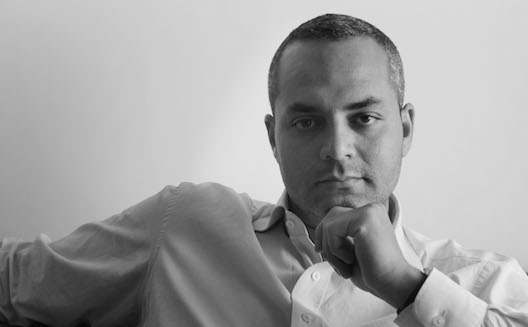 What entrepreneurs need as well is someone to push, and inspire them. “We often see entrepreneurs who have reached a certain level of comfort, and are not looking to go further,” he says. When we tell them entrepreneurs have a responsibility to create jobs and value for their community, and that, if they can create 10 jobs, they should, they agree.”

Another important factor is perspective, and exchange. “Often, entrepreneurs are so focused on their daily work that they forget to focus on in-depth issues. That’s where we come in.”

In Morocco, as in all countries where Endeavor is implemented, companies accepted to the network benefit from an operational and strategic diagnostic drafted by the organization, a consultative board for 18 months, and services from consulting agencies, such as Bain & Company, Ernst & Young, and entrepreneurship programs at Stanford and Harvard universities.

If, after a first exchange, the local Endeavor team thinks the entrepreneur has the ambition and means to have a real impact, they invite him or her to chat with a mentor they’ve hand-picked to help him or her work on a point that needs improvement. If this meeting goes well, the entrepreneur is invited to take some time to process the feedback, and meet another mentor to discuss another potential point of improvement. This can be replicated with another local mentor and then an international mentor.

After those five discussions, the entrepreneur gains access to the national then international selection process, during which they will get two sessions with three high-level mentors, such as AOL founder Steve Case, or LinkedIn founder Reid Hoffman.

With an in-depth process like this, it’s easy to understand why Walid El Alaoui Mrani, Azur System’s founder, currently ongoing interviews with local mentors, likes to say: “with every chat, I feel like I leap six months forward.”