If you happen to be living in or visiting Lebanon, you will have noticed the large number of malls that cropped up in recent years, from Beirut and its suburbs to areas further away like Zahlé and Saida. Small shops, restaurants and independent movie theaters are struggling to compete with concrete, retail giants that offer a one-stop service for all customers looking for convenience.

But one well-established Lebanese retailer that doesn’t have a presence in any mall is preparing for the next phase of its online expansion.

“We missed the malls opportunity,” said Riyad Abou Jaoudeh, the son of Jean Abou Jaoudeh, one of the cofounders of Wild Willy, a famous toy store in Lebanon. But they weren’t willing to miss another opportunity – taking the business online. 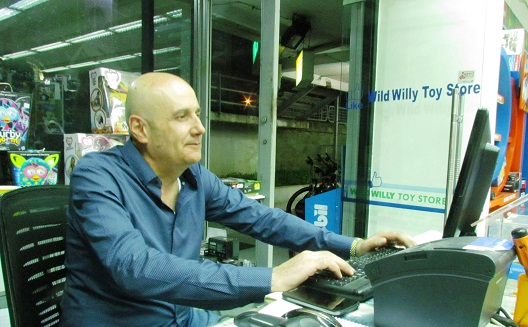 Wild Willy is an old family business founded in 1985 by the brothers Jean, Sami and Fadi Abou Jaoudeh. It has branches in Jal El Dib, Kaslik, Elissar, Hamra and Chekka, and sells a variety of toys and games for kids (or adults, for those who enjoy puzzles like me). 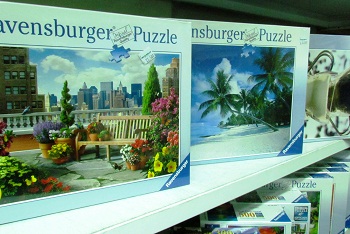 During a call with the son who is taking care of the business development, Riyad spoke a bit about his childhood days spent at the store and why he returned from the United States due to work commitment and decided to manage the family business.

Adding a fresh look to an old business

Riyad grew up around the family business. He used to help his father and uncles at the store throughout the year and delivered products himself. After finishing school, he studied engineering then pursued his Masters degree before going to work for Strategy& (formerly Booz & Company, a global consulting firm). Having been exposed to business at an early age, Ryad launched Burger Bites, a mini-burger restaurant on Beirut's Monot Street, with a partner.

“I sold my share two years ago because I needed money,” he said. He moved to the United States to pursue his MBA at Wharton Business School, where he took a minor in Entrepreneurial Management. Riyad returned home during the summer after he finished his studies. “I had nothing to do for three months so I helped my father open up an online store.” 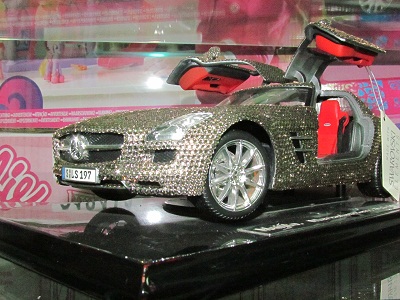 “We missed the malls opportunity. Toys are a competitive business.” It's not possible to compete on toy prices because the same products are sold for the same amount everywhere. Opening a branch in a mall didn't make sense. “Since our business is about competing on price, our low margins don't allow us to pay for extravagant rent. [...] But then I thought the online trend is coming and I told myself I’m not going to miss it.”

In August 2014, Riyad began to develop the business’ online platform using Shopify, a Canadian ecommerce platform that helps businesses go online. Wildwillytoys.com officially launched one month later. They started with just a few items. Adding products to the website was easy. “My father knows how to change the prices and add pictures.”

The issue, however, was not with the management of the website, but with the payment gateway. “We worked with Shopify and it only has one payment gateway in the U.S.,” Riyad said. “They refused us because we are buying copyrighted brands. They needed us to get approvals from all brands,” he said when asked why they don’t accept online payments through their website. Customers who have a PayPal account abroad however can transfer money to Riyad’s personal PayPal account.

WildWillyToys.com only offers cash on delivery with Aramex at the moment. “Aramex is a huge enabler in the region and in Lebanon. It ships and collects the money fast. Working with them was very easy.” 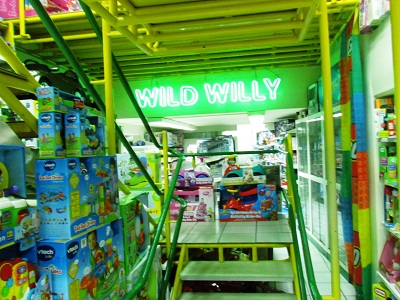 As shipping is free (Wild Willy bears the shipping cost), they don’t list items online that cost less than $15 if they’re their own brand or less than $25 dollars for other brands. “We focus online on brands that sell a lot. Niche products that bring high demand,” he explains.

As an established business, Wild Willy has a local warehouse, which helps reduce their fixed costs and shipping rates, and avoid an issue that bedevils many e-commerce startups, as was the case with Jordanian e-commerce Voga Closet, which had a warehouse in the UK.

To the Abou Jaoudeh’s delight, return rates are as low as 1%. “Online, it’s [usually] around 3%,” Riyad said. Consumers tend to return clothes and accessories more often than children’s toys.

Now that the store is fully operational, Riyad is using Facebook ads and Google AdWords to get more traffic and attract buyers. The website has an average selling ticket of $80, Riyad said, and after he took the business online, he discovered new types of customers, as listed below.

- Those who want convenience; especially during busy months like Christmas time to avoid traffic.

- Those who live far from the store’s locations. “We got users from Koura [North Lebanon] and Zahlé. We were surprised. We sold to a new geographical segment.”

- Those who live abroad and want to gift their grandsons in Lebanon. 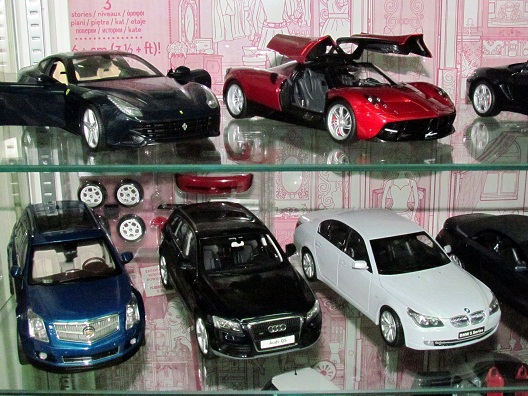 The online store has even channeled visits to Wild Willy’s retail stores. Many people are still not comfortable choosing and buying toys for their kids online, and educating customers isn’t part of the family's goals at the moment. “We don’t want to educate people about online payment. Once they are ready they will start using it more.”

Between Lebanon, UAE and Saudi Arabia

At his full-time job in Strategy&, Riyad is always on the move. Between Saudi Arabia, UAE and Lebanon, he finds it hard to focus entirely on Wild Willy’s website or developing the business. However, he’s taking things step by step. The first is to move from Shopify to ShopBuilder, a regional solution, in order to add an online payment option. They are integrating with Bank Audi’s payment gateway and Jordan’s payment solution Gate2Play. He also wants to improve the design and launch verticals for babies, educational toys and other segments. But the family doesn’t have plans to expand the company beyond Lebaanon’s borders. “We still don’t know the customs well to take it abroad. We don’t know whether the toys will get stuck while shipping or if they will be more expensive. So I’m not sure how competitive we will be in other Arab countries,” Riyad concludes.

Old never gets old. Apparently, this well-established family business that has been serving the Lebanese for 30 years, isn’t getting old at all.