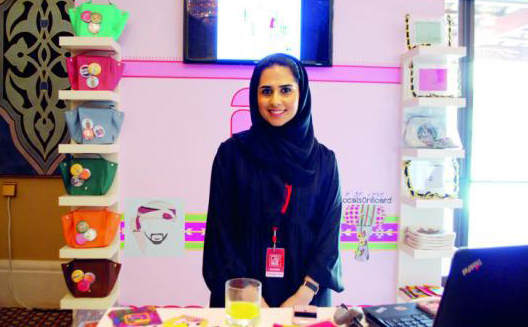 Emirati entrepreneur Fatma Almulla has developed her own unique style in the world of design and creativity and crowned it by launching her fashion line, FMM by Fatma Almulla. The line includes shirts, bags, accessories for mobile phones, and more. Her designs include illustrations and common slang phrases for young Emiratis and Khaleejis: funny sentences or phrases that reflect everyday concerns, attract lovers of Western fashion, and reflect the ideas of youths in the Gulf. Her designs are now sold throughout the GCC (the UAE, Bahrain, Kuwait, Oman, Qatar, and Saudi Arabia).

While Fatma Almulla might resist being called a fashion designer, having been primarily inspired by her study of graphics and visual arts, she has created a distinctive fashion line that combines local culture and dialect with Western fashion.

Check out our interview with the young designer. 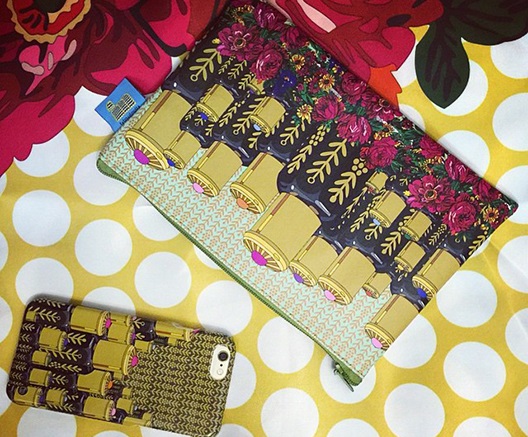 Wamda: What’s the event or story that most shaped your career?

Fatma Almulla: I never thought of establishing my own company or launching a line that carries my name. In fact, I was always lucky when looking for a job, but I never found one that was suitable for me at the time. I began coming up with drawings and publishing them on my blog. These drawings were well received on social media, prompting me to design my own line of shirts after doing a lot of research with the help of my husband.

Then, we found a manufacturer. We had never dreamed we could find one of its caliber. We sold every item in the first batch, and went back to the factory again to manufacture a second batch and sell it for twice the price, as suggested by the factory staff. However, during the manufacturing of the third batch, the manufacturer suddenly disappeared, while I was still supposed to meet my customers’ expectations. Despite this setback, I was determined not to disappoint people, and even more than that, I did not want to disappoint myself. This incident was the worst and best thing that has happened in my life. I thank God this occurred at the beginning of my career, because it pushed me forward and made me learn a lot, especially about the different types of fabrics and, of course, about the need for a Plan B when it comes to dealing with manufacturers.

Wamda: What is the best thing that has happened in your career so far?

Elmulla: When people value my work and appreciate it; this is the best gift I can possibly receive, because you not only feel that people love what you do, but also sense that they support you and value the strenuous work you do. 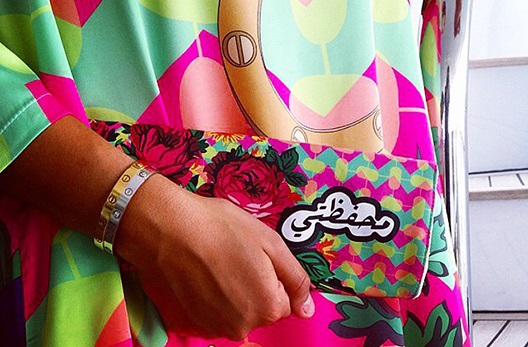 This purse says 'ma7fazaty' or 'my wallet' in English.

Wamda: How did you manage to manage a team, specifically when dealing with male employees?

Elmulla: Work was not difficult because I am a woman. I do not think that the United Arab Emirates is a country that still needs to empower women, because they already enjoy power and our religion has also contributed to this. Emirati culture requires that women be sheltered and cared for. Despite this, I succeeded in standing up for myself, managing a team, and dealing with male employees, which made me stronger and encouraged me to learn how to deal with different people. At the end of the day, everyone needs to be smart, determined, and have the proper mindset for everything – not just women.

Wamda: What does the Arab region need to achieve in order to better empower women in business?

Elmulla: In my opinion, individuals are already empowered, but as I said, the culture tends to shelter women. This is not a bad thing; women who live under an ‘umbrella’ of safety may also wish to venture into the business world. Moreover, the Emirati government greatly supports women and their achievements.

Wamda: What is your advice to Emirati women who want to enter the world of entrepreneurship?

Elmulla: They should set goals of what they want and work hard to overcome any obstacle they face.