When you ask Peter Abualzolof, cofounder and CEO of Mashvisor, a startup for part-time real estate investors what pushes him, his answer is simply hope.

Abualzolof was born in Palestine and moved to the United States with his family as a child, where he lived for most of his life. It wasn’t until 2013 when he returned to his homeland as an adult for what he thought would only be a visit, that he decided to stay. He was “hooked” on something and wasn’t entirely sure what that hook was. He quit his job at a San Francisco based startup and moved back. 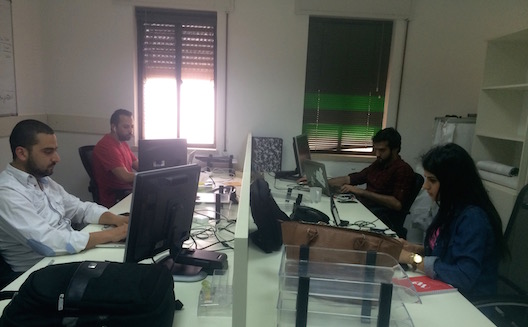 “With no real downside, no family of my own, no big responsibilities, I moved to Palestine for good,” he said.

He attended Startup Weekend Ramallah 2013, where he was hoping to meet others in the Palestinian entrepreneurial community with the similar drive that he possessed. It was at Startup Weekend where he got the idea of mashing data to advise users, and, Mashvisor was formed. That concept was so good that it got the team a second-place spot that year.

One year later he found the right partner, developer Mohammed Jebrini (who would go on to become cofounder and CTO) and decided it was time to work on Mashvisor full-time.

The low startup costs that result from being based in Palestine make it much easier for Mashvisor to compete with other players.

“You can pay someone a small amount to get something started and going,” Abualzolof said. Whereas in San Francisco you would pay $10,000 a month for a fulltime developer and that’s on the lower end. (Launching in Palestine) is more of an entrepreneurial risk instead.”

According to Abualzolof, the challenges he faces as an entrepreneur aren’t as big for him in Palestine as they might be somewhere else. Building a team, he says, is less risky than in other locations in MENA, and while Palestine doesn’t provide comfort or security like in the US, “startups like Mashvisor can generate employment opportunities for the future of Palestine. We’re going to be paying salaries from markets all over.”

Mashvisor is intended for someone who has a full time job but wishes to invest in real estate (residential homes and apartments) as a side business, inspiration for the term part-time investor. While there are companies that provide insight and data to first-time homeowners, Mashvisor is the first of its kind, according to Abualzolof. 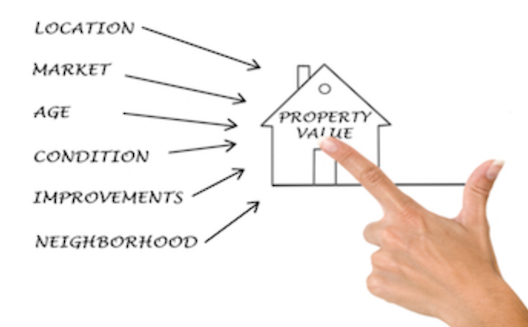 “We are an information and analytics source for part-time investors but not a property listing site,” he said.

According to a 2014 survey by the US-based National Association of Realtors, among real estate owners who have bought property as an investment, 50 percent of them purchased the property with the sole purpose of renting it out, and plan to own these homes for an average of 5 years.

Mashvisor’s target market is the US.

“The statistics are available and accurate for investing in the US market and anyone from around the world can buy real estate in the US with confidence that there’s a chance to make some profit,” Abualzolof said. “In China for example, you cannot own property, only lease. Is it going to make me a good profit or a bad one this is what Mashvisor does.”

Mashvisor is working towards providing in-depth real-estate analytics for free, but also has a subscription service that offers additional features. The company also provides users with property listings with key data points to determine whether an Airbnb or traditional rental strategy makes more sense. Abualzolof aims to capture a user during his/her first 3 months of searching for investment.

“We will provide a complete overview and regression analysis of Airbnb and traditional properties in a selected radius to identify the ideal approach to generate the highest income,” Abualzolof said.

It is his goal, first, to be the dominant player in the US and then expand into other markets in the future. The difference he claims between Mashvisor and other Palestinian based startups is that “for other businesses their market is Palestine, but we want to build a business that is not dependent on only one or two markets.”

Abualzolof says he’s in the process of raising $400,000 from investors in Palestine.

”We expect things to close this summer in the next few weeks, but we've said this multiple times before,” he said. But “how long do you keep the business going when you don't know when you are going to be funded?”

Still, he’s optimistic about the future.

“It’s about being in a place that I’m very passionate about. My heart is here in Palestine and I always felt this urge to build something great. I saw a great opportunity here.”

“When I talk to people my age, people tell me I’m crazy for coming back here, they say this because they’ve lost hope in any future for Palestine.”

And how does one bring that hope back?

“Create opportunities here for people so they don’t worry about not having a job tomorrow. Working towards this is something I feel I have to do.”