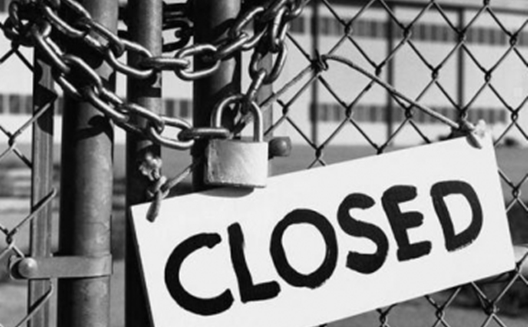 News that Egyptian online learning center Tahrir Academy was shutting came as a shock to the local entrepreneur ecosystem and to the online academy's loyal base of followers.

CEO Seif Abou Zaid (below) spoke with Wamda about the details of the ordeal and the lessons behind them, giving valuable advice for entrepreneurs passionate about entering the education sector.

In mid-August, the academy announced on its social media accounts that it was shutting down soon, closing the door on four successful years of operation.

During these four years, the academy acquired more than 10 million users with more than 140,000 subscribers among them.

Dubbed "the revolution of alternative learning", the initiative received many prizes and won many regional and international competitions, the latest being MIT Enterprise Forum Arab Startup Competition in Kuwait this year. Other titles included Best MOOC in the Developing World from the University of Pennsylvania in 2014 and “Best Educational Channel on Youtube” in 2013. 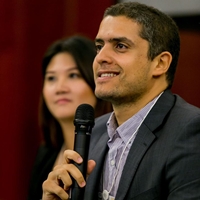 "Of course, the decision to close wasn't easy, and wasn't our first decision either," Abou Zaid said. "But it imposed itself in the end."

It also hinders the arrival of foreign transactions, be they awards or grants, to the bank accounts of concerned companies, meaning a transaction can take 6 to 12 months.

"This was the main reason behind our stumbling," Abou Zaid said. "Then the four founders decided to stop donating money to the initiative."

The academy had reached a stage where growth was necessary for both content and the number of users. "We had to have a marketing budget on the ground to reach our target in 2016."

The bigger problem, though, was grouping both donations and profitable activities in the single entity, as this situation is greatly complicated by current laws.

Dealing with sponsor organizations is strictly limited, where deals that allow NGOs to keep a margin of the money, even if to cover the costs, are forbidden.

"We are always requested by the Egyptian law to provide services with the cost."

"Funds and donations don't ever provide a sustainability element, because then we are forced to look for alternatives once the amount is finished, and these are often short-termed solutions."

Because of this, Abou Zaid advises entrepreneurs aiming to launch educational ventures to go for either one of two things: a completely social structure based on donations, or a business model aimed at profit and couple it with a social impact.

"Merging between the two is the bigger danger," he warned.

Say "no" to free services

This was because later on users might not pay for services that were once free. The solution was to let users experience a free service only as part of a marketing strategy.

"Transitioning to paid videos was not an option," he said. "We had gained the trust of users based on being an online library that is accessible to all. The other option was to produce videos that specialize in certain fields, but we found it difficult to generate enough money to cover our costs, because of the same Egyptian laws."

Using these lessons, Abou Zaid is now working on a new venture also related to education, but chose to stay tight-lipped until the vision is more complete.

What about other ventures?

There is no doubt that the closing of Tahrir Academy certainly shed light on the plight of other similar ventures in Egypt.

Mustafa Farhat, cofounder of educational platform Nafham that offers videos to cover the curriculum of all school grade courses, also spoke candidly to Wamda about his experience.

"It's no secret that all non-profit organizations suffer a lot in Egypt to get funding that can help it achieve sustainability," he said. "No doubt, we feel huge anxiety over our fate in the current circumstances."

Farhat said they were “about to fall into the trap of turning the company into a non-profit” because of the advice that sponsor companies had given them.

"But we discovered the hassle that will be waiting for us in case we wanted to get funding, or a foreign scholarship, or even a prize funding, and we opted out of the idea completely," he said.

"Despite the challenges we face in making profit, especially considering that a model that relies on ads is not considered sustainable, we kept our company the same as it is now."