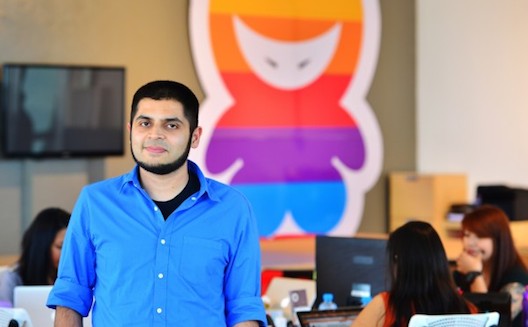 Online marketplace JadoPado has sold a 14.8 percent equity stake for $4 million, in a Series A funding round led by venture capital firm BECO Capital.

The investment, which brings the UAE startup’s valuation to just under $28 million, is its first external round and follows prior cash injections from Al Bogari Holdings.

The company said in a statement the money would allow them to hire more engineers, marketers and business development specialists, and expand internationally.

“We’ve also found BECO’s long time horizons to be tightly aligned with our vision to build a global e-commerce business based out of the region,” the statement said.

In an earlier interview, CEO Omar Kassim told Wamda that Saudi Arabia, JadoPado’s second largest source of traffic after the UAE, was one of the key markets where they wanted to grow the business.

He said JadoPado - which he considered a tech company rather than an ecommerce play - could also play a role in linking physical shops with the virtual, not only teaching bricks-and-mortar businesses how to sell online but also create a hybrid marketplace, where customers could try in real-time and buy online.

In February 2014 the Dubai startup shifted from being an online seller to a marketplace, providing a platform for businesses to sell via rather than sourcing and selling goods itself.

Kassim told Gulf News that traffic had tripled since then and the move from seller to marketplace was necessary to “create the step change” that the business needed to scale both in the region and overseas.

At the time JadoPado invited 20 sellers to test the platform; today this has grown to 2,500. The number of stock keeping units has also increased more than seven-fold, from 8,000 to 60,000.

Kassim said they aimed to have 20,000 sellers and 200,000-250,000 products on the platform within 18 months, and they’d start offering a cash-on-delivery payment option within weeks, according to Gulf Business.

With Frost & Sullivan research suggesting ecommerce sales just within the GCC could reach $41.5 billion by 2020, investors are becoming more interested in the sector.