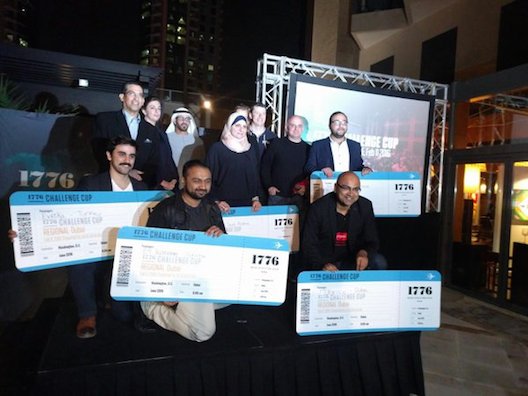 Two minutes. That’s all the time 25 teams at the 1776 Challenge Cup had to convince the judges as to which five of them would head to Washington D.C. for the finals.

From a Fitbit collar for cows to boost milk yield to a wearable device that organizes your thoughts, from building a global network of health specialists to a smart bra that helps detect breast cancer, the selected startups showcased an impressive range of original ideas from the region. The two minutes, however, were the main catch.

After 90 minutes of pitches, Cowlar of E4 Technologies, Evreka, Iris Solutions, MUrgency, and Smart Detection Bra (SDP) were announced as the Cup winners. All five will join 40 other regional winners and wildcard entries chosen from nine regional competitions in the finals.

With only a working prototype in place, SDP's Nermin F. Saad said the win was exactly the kind of support she needed.

“This is a medical product, and unless it’s funded and getting the right support, it will never see the light,” she said. “It’s not like an app where you have a programmer and you have friends to market. It’s more than winning for me... if I could help more than one woman then I’m happy.” 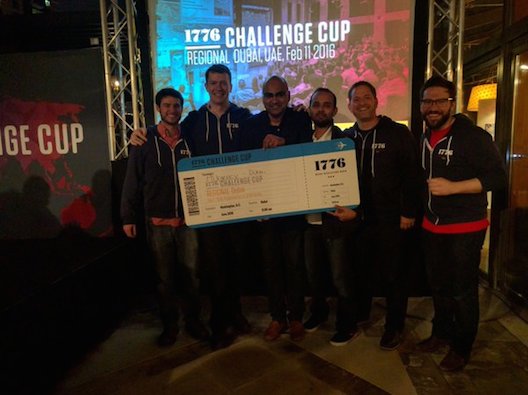 One of the winning teams MUrgency with their check. (Image via MUrgency)

The judges were 'Startup Rising' author Chris Schroeder, 1776 cofounder Evan Burfield, Ruba Al Hassan who is senior advisor at the UAE embassy in Washington DC, and Saud Al Nowais, UAE commercial counselor to the US, and Ned Jaroudi, a serial innovation, technology and startup executive

A supporter of entrepreneurship with purpose, Al Hassan said events like these helped build a “missing bridge” between the US and MENA, noting that the Middle East was the place to watch when it came to entrepreneurship.

“We need a two way bridge to be able to benefit from all the cool stuff happening in Silicon Valley... in Houston, Boston and all the hotbeds of entrepreneurship, and the really rapid transformation that Dubai is undergoing [to become] the real regional hub for entrepreneurship," she said. "1776 is a heavyweight organization that can add a lot of value to what we’re doing here.”

For the MENA finals, teams competing were a mix of local Challenge Cup winners and those that applied directly to the competition. They traveled from Islamabad, Ankara, Ramallah and Jeddah, to name a few. The one thing they had in common, though, was a business idea that solved a global problem.

“We don't care about photo sharing or dating apps or fashion tech or ecommerce,” said Burfield. “Our focus is on innovation that addresses essential human needs. [The Cup is about] finding the absolute best entrepreneurs and inventors anywhere in the world that are tackling all those problems that you always wished someone was trying to solve." 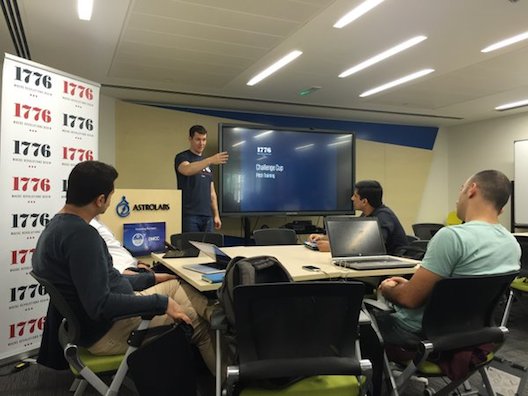 Chris Burfield at a Challenge Cup workshop at Astrolabs. (Image via Evreka)

“For us, it’s about being as collaborative as possible,” said Andrew Dolan, 1776’s assistant director of special projects. “ We work with as many groups as possible to find companies that are in a place to represent both UAE and the region on the global stage - that’s the real goal”.

The February 11 event in Dubai was the regional final for the Middle East and North Africa.

1776 is a global incubator and seed fund based in Washington D.C., focusing on highly scalable startups solving the world’s challenges in education, energy, health and cities.

Their Challenge Cup is an annual event spanning over 50 cities globally where startups pass through three rounds - local, regional and global - for a shot at $1 million in cash prizes and funding, media coverage and building a network of mentors, corporate partners, policymakers, and potential investors.

Dolan said local partners are especially important to the Challenge Cup. For the Dubai event, 1776 partnered with in5 Hub and Astrolabs among other entrepreneurial ecosystem builders in the region.

Founded in 2013, 1776 was named after the year that recorded four seminal events in history that helped define the modern world, Burfield cited the invention of the steam engine, the start of Pacific voyages, the Wealth of Nations and the US Declaration of Independence were published. In the Declaration, Thomas Jefferson said people were bound by duty to “provide new Guards for future security”, in case the present one was not serving their needs.

“We think we are at a similar inflection point in history where a new set of technologies is creating radical changes in every aspect of our economy, our society, our political structures, [that] are inherent global,” Burfield said. 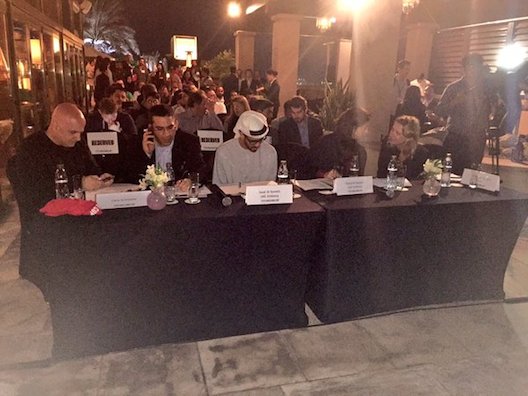 “We are really passionate about our work,” said Cowlar CEO Umer Adnan. “The coaches helped with the pitching [prep]...I could talk for hours [about Cowlar], but bringing it to two minutes is the real challenge.”

Schroeder said it is difficult to get to the essence of a great entrepreneur and company in two minutes. But, he knew exactly what could come across in that time.

“I am looking for a sense of humility, the courage to walk through walls, to want their thing to happen so badly while having a good handle of what they’re trying to do,” Schroeder said. “I really look for a clue of the sense of courage the entrepreneur has to really engage me to kick it off.”