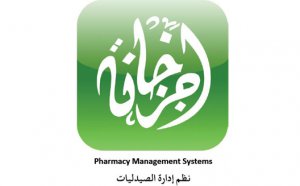 Agzakhana.com is about to launch a new electronic system to manage Egyptian and Arab pharmacy sales and orders. Designed by a group of young Egyptians majoring in pharmacy in 2008, Agzakhana is the most advanced application of virtual pharmacy.

According to Ahmed Shabana, executive director of Agzakhana, this program helps to increase a pharmacy’s profit by 20% by helping the pharmacist sell complementary products, and put forward offers that interest buyers, through bundling products together - selling a toothbrush with toothpaste, or Panadol with Vitamin C. 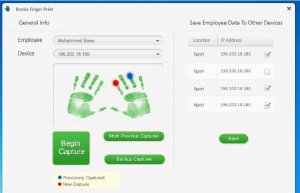 The program also suggests substitutes to products, and decreases the time for training new pharmacists and increases the capabilities of current ones. It also includes a system for human resources management that works on fingerprint-based accounts. The program issues reports of profit, detailing the most profitable agents, suppliers, and products. In addition, it facilitates bank transactions and contracting.

It took an entire year to design Agzakhana and make it available in English. According to Shabana, medicinal databases are traditionally always in English; but there are plans for an Arabic version in the future.

As part of promoting the platform, Agzakhana will be available for testing by drugstores for free for three months, after which the platform will be subscription-based for 100 Egyptian pounds (around 17 U.S. dollars) for each PC unit. The system requires connection to the internet. “As soon as they are connected to the program, the data transfer happens fast and easy, which allows us to work with the subscribed pharmacy through sending orders and thus increasing sales operations, in exchange for a 15% profit share for Agzakhana“, says Shabana.

With respect to the competition, there are three main softwares for managing pharmacies in the Egyptian market which don’t require internet connection. They are primitive in their design and relatively costly. In addition, they don’t process the amount of data available on Agzakhana’s system which stores them on a cloud so as not to cramp the computers. Other software is unable to export data from the system to external files. Agzakhana also provides free maintenance services for subscribers.

There are a total of thirty thousand drugstores around Egypt, and many have already agreed to test the program as soon as it is launched.

Agzakhana was established in September 2008 to make online prescription and over-the-counter drug ordering available to customers.  In mid-2011, Agzakhana launced a mobile application on iPhone and iPad, which was downloaded by thousands of mobile users, allowing the drug market to be portable in Egypt, Saudi Arabia, and the US.

In addition to ordering medications online, Agzakhana Mobile saves a soft copy of the prescription on the mobile phone for the user’s records. The prescription is forwarded to Agzakhana after a doctor writes it, in a subscription-based short message that costs 10 dollars for 150 messages. The service use is free of charge for doctors after an identity check is conducted on them. 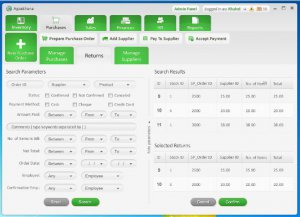 The program compares the medicine’s price to that of its substitutes to allow customers to choose the cheapest or the most convenient product. Agzakhana then briefs users about other available alternatives and allows them to check for incompatibility or side effects to manage their healthcare through the Interaction Checker.

The Agzakhana team is made up of 11 members, and has participated in several entrepreneurship contests, the latest of which was selection as semi-finalists in the MIT Business Plan Competition as well as being recognized in the top 20 of the Google Ebda2 Competition.