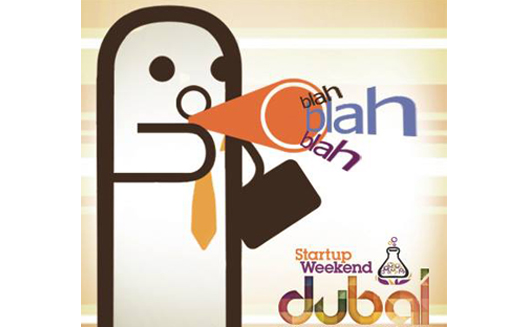 Startup Weekend Dubai is quickly becoming a rite of passage for many serious startups, who come to the weekend like a band of travelers stopping at an oasis before a long walk through the desert. The intense three-day affair includes initial pitches, team formation, market validation, designing the business model, prototype development and final pitches to judges who award prizes, and more importantly, bragging rights.

At this year's SW Dubai, held at the Xpose Idea Factory, a creative space at AlSerkal Avenue, ideas were born, others were shelved, many were validated, and all had their day in the sun as pitches to mentors, peers, and judges. The feedback for the weekend was overwhelmingly positive, with many participants reporting that they felt exhilarated, energized, and encouraged by the experience and support of mentors and their peers.

Prizes were substantial and included cash, Wamda Card, marketing support, trade licenses, tablets, and mentoring. Most participants I spoke to – before the winners were announced- professed that the prizes weren’t the real reason they participated. Nevertheless, whispers of longing for the tablets circulated the room and winners seemed to welcome the support.

Kidzweekend won the competition with a website that allows parents to assign and track tasks like room-cleaning to their kids, in exchange for weekend rewards like toys and events. Team member Hiba Daboul described the weekend as “fantastic”, and highlighted that the best part of the weekend was the networking and opportunity to create something special for kids. “My generation didn’t get to do all of this”, she said. Runners-up included: 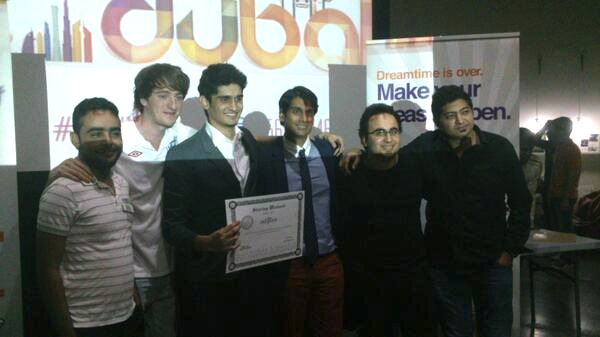 Other startups, such as Healthy Box, brought the subscription box model pioneered by companies like Birch Box into healthy eating territory, offering to provide a month’s worth of healthy snacks through the mail. Irhal, a returning startup, is an app that provides Muslim tourists anywhere in the world with info on everything from halal restaurants to local prayer times.

Qirtas was another idea, that, like Qordoba Books, aims to first digitize Arabic books for e-readers and later produce a dedicated e-reader device for Arabic e-books, to serve the lack of digital content the the 5th-most used language worldwide.

Perhaps the most innovative idea was Startup BarBQ, a cofounder-matching and team-performance-monitoring app targeted at incubators. It allows startup teams to assess and rate how well they work together, suggests matches, and provides training. Perhaps the fastest-validated idea there, the startup signed six incubators as paying customers during the weekend.

Few participants had any complaints, but one element that some said could have been stronger was the feedback from judges. From questions and comments, it was clear that the judges –some from corporate backgrounds – seemed more concerned about long-term expansion plans and scaling operations than customer acquisition strategies or business model validation, which are more immediately critical for a startup built over a weekend.

Another area some participants found lacking was the fact that there were few technical mentors, although mentors like Egyptian entrepreneur Mahmoud Tawfik of Fixed Solutions, an entrepreneur who also developed the app for the weekend, were there to advise developers on technical decisions.

The 17-strong lineup of final presentations were fresh and innovative enough to hold the audience’s attention, with some truly intriguing ideas and execution plans. Following the pitches, startup teams nervously gathered in small groups with other participants, getting final bits of advice and awaiting results.

Shortly before winners were announced, Startup BarBQ founder Tamer Fathi whisked around the room, stopping only to brandish an iPad and breathlessly exclaim: “We got mentioned in Think Marketing Magazine, and the company is only two hours old!”

And with that, another batch of Dubai startups are released into the ecosystem.