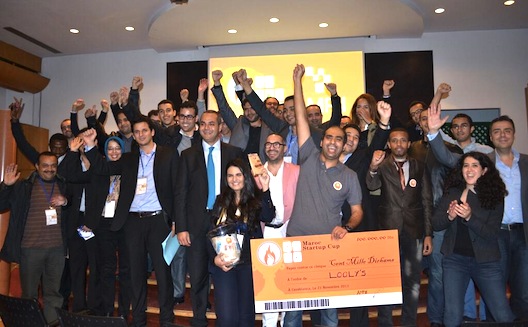 It’s official: the Moroccan startup of the year is Looly’s!

At least, it’s the startup that won the first edition of Maroc Startup Cup, the largest startup competition in Morocco. The finale took place on Saturday, November 23rd at Casablanca’s Technopark. The Cup represents another success for the association Startup Maroc, formerly known as AMP2I, chaired by Naoufal Chama, the Karim Jazouani prize laureate.  After turning the Startup Weekend roadshow in Morocco into a major event, they’re hoping the Maroc Startup Cup will enjoy similar success, becoming the #1 startup event in Morocco.

This business model competition is one of 45 competitions taking part in the Silicon Valley-based international network of events called Startup Cup. 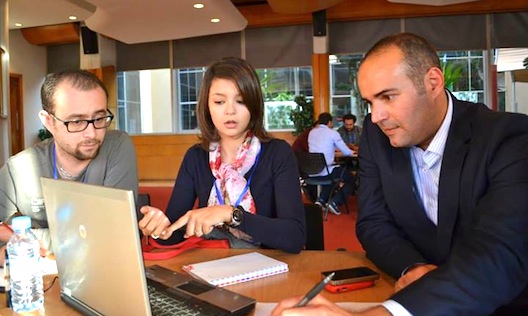 Pursuing its goal of developing the entrepreneurship ecosystem in Morocco, Startup Cup Maroc’s team invited the 20 best startups who applied to a mentoring session on October 5th. Of those 20, ten were selected for the finale round of mentoring on November 9th. EasyControl, FRONESIS, Kezakoo, Level One, Looly’s, myVLE, Next Level SARL, PricyMe, RobEco, SQwiLa used the session to improve their pitch for the big finale. 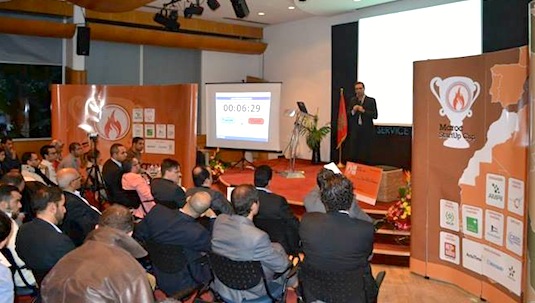 They each had five minutes to pitch in front of a jury full of well-regarded investors, experts, and professional entrepreneurs chaired by Chafik Sabiry, HP-CDG IT Services Maroc’s chairman of the board, which grilled the ten entrepreneurs.

Looly’s, a startup that hopes to turn Moroccan couscous into the next trendy meal in the US, received a 100,000 MAD Cash Prize, and $10,000 USD scholarship to participate in PITME Labs’s one month acceleration program in Silicon Valley for Middle East startups, jointly sponsored by PITME and La Fondation OCP; a golden opportunity to get quality training and networking.

Looly’s founder Lamiaa Bounahmidi will also fly to Armenia on March 6th to compete in the World Startup Cup’s finale.

The second place winner was Kezakoo, an e-Learning and social networking platform using gamification to get user-generated content. The third place went to myVLE, a SaaS based e-Learning platform designed to supplement traditional classroom teaching.

Startp Cup Maroc is nothing like your usual events, and spontaneity and conviviality are not just buzzwords. Case in point: two days before, the organizers decided to hand out the $10,000 USD prize in cash during the ceremony. This is one way to say to the winner: go for it, and fast.

Chadi Nanaa contributed to this report.