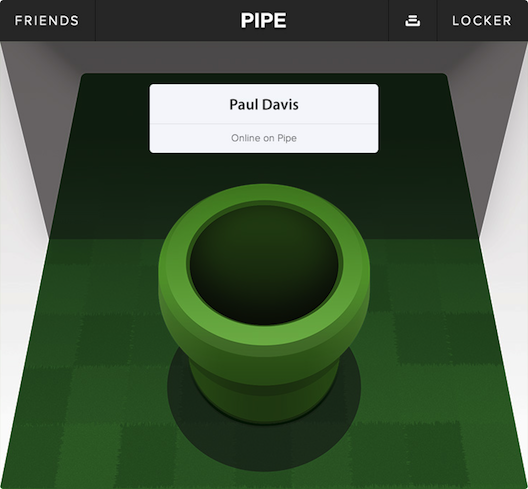 Pipe, the peer-to-peer transfer service on Facebook, has released a new version of its application that uses a new WebRTC standard to ensure secure, real-time communication between computers and mobile devices.

WebRTC is an API definition that allows for seamless interaction between browsers. Specifically, it allows developers to build voice, video, and data exchange apps that work directly between compliant web browsers, without requiring users to download plug­ins, Pipe's press release notes. Open sourced by Google in 2011, WebRTC is currently supported by Chrome and Firefox, and Opera.

In lay speak, the shift will make Pipe more robust, secure, and easy to use. Previously built on Flash, the new version of Pipe uses Javascript. When two users are online, files up to 1GB can be exchanged directly. If one user is offline, Pipe will also store files of up to 250MB for three days.

“This is new, pioneering technology and the timing is perfect for us. The WebRTC protocol was created to enable secure, real­time communication directly between computers and mobile devices, and that’s exactly what Pipe does,” Pipe Founder and CEO Simon Hossell said in a statement. “This is ground­breaking technology, essentially re­wiring the internet. WebRTC allows us to connect and communicate directly with each other through the computer browser ­ peer­to­peer ­ instead of exchanging data with remote third­party web servers.”

The Flash version only worked 9 times out of 10, according to Housell, GigaOm reports. A mobile version is coming soon.