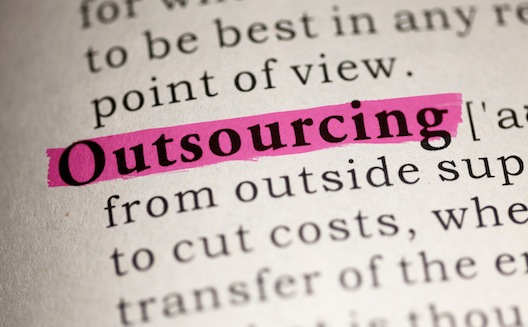 A few days ago, Herve Cuviliez, Talal Jabari, and Kamal Bouskri, founders of Diwanee, Fariqak and MyVLE respectively, exposed the pros and cons of offshore outsourcing. The three entrepreneurs explained how they wouldn’t have gotten where they are today without offshore outsourcing, but also set limits and recognized that this model is not suitable for all businesses.

Today, they share their tips regarding recruitment and management to get the best out of offshore outsourcing.

Where to find offshore developers?

Recruitment might be the most important aspect of an outsourcing strategy. It’s not enough to get a glimpse of the candidates’ portfolios; it’s also crucial to check with previous employers about the quality of their work and professionalism, and to think about the contract and payment management in case of disagreement or unsatisfactory work.

The three entrepreneurs have used specialized websites such as Guru and Elance on the international level, or Nabbesh on the regional one, on which entrepreneurs post descriptions of the work they need done, and freelancers registered to the site can apply directly. “The advantage of such websites is the ability to check and compare the reviews of freelancers from their previous clients,” explained Kamal Bouskri. Often, these websites also offer facilitation of secure payments.

According to Kamal Bouskri, many factors should be taken into account while recruiting: previous experience and price first, then ease of communication and reactivity. The best is to look for the professionalism of the candidate during the first exchanges and then to rely on your gut instinct.

Talal Jabar has learned the hard way how important it is to choose an offshore outsourcing company that is optimized to the size of your own startup. At the beginning, Talal chose to work with an Indian developement company highly rated on Elance, with a good portfolio and competitive prices. However, six months later, the company still hadn’t delivered any tangible work. He recalls: “they assigned to us a very junior developer who didn’t know what he was doing.” He believes that big companies keep their best developers for their biggest clients, and so smaller companies will be better suited to smaller startups. For the last 14 months, the company has been working with a slightly more expensive Pakistani firm, also found on Elance. It understands better the requirements of the startup, which has resulted in better work.

Optimize coordination with your developers

Is it better to write or talk with freelancers? We have two opposing schools: Kamal Bouskri prefers to chat online with developers to avoid misunderstandings due to language and to keep written track of what’s being said.

Hervé Cuviliez is of another viewpoint: “When you have an email with more than five bullet points then you know you need a phone call. Everybody always forget the cost of time. If you spend one hour writing an email which leads to 12 other emails, then [you should have chosen] a phone or video call.” He also mentions the possibility to register a video call for any required tracking.

The Diwanee team mainly relies on physical contact with a clear and quick communication. To avoid wasting time in deaf discussions and misunderstandings, it does not hesitate in sending its Beirut employees to the offshore company, especially at the beginning and end of big projects. “We can’t include everything in a document,” Cuviliez explained. “You can do whatever you want [but] going and sitting with the team allows you to build human relationships, to resolve future problems with less drama.”

The entrepreneurs I spoke to have also felt problems related to language differences. To avoid unproductive back-and-forth between the non-Arabic-speaking developers and the Beirut-based team, Diwanee chose to hire Arabic speakers already working at Arab embassies in Belgrade to bridge the gap between the two teams.

Cuviliez adds that trips are a marginal cost compared to the budget allocated to development at Diwanee. These trips enable the team of developers from Beirut to be trained and become more competent, an investment that might eventually eliminate the need for offshore freelancers in the first place.