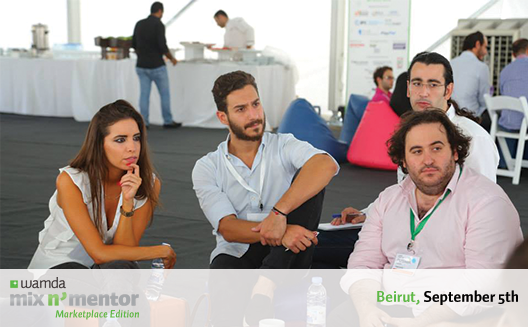 Considered as one of the most innovative cities of the MENA region, Beirut is getting ready to host our third Mix N’ Mentor of the year, on September 5th, at the Beirut Digital District (BDD) in the Bashoura district.

The country that has successfully hosted Global Entrepreneurship Week (GEW) for the past few years, and whose tech scene was described as one to create optimism for the future, is witnessing a spread of entrepreneurial activities beyond its city walls.

“The future trend will be companies moving beyond the metropolitan setting,” says Ziad Abi Chaker,  CEO of Cedar Environmental, a recycling-focused business that has won plaudits – and business – for its eco-friendly approach, and was last year selected by Executive Magazine as one of the country's top 20 entrepreneurs.

Revisiting Marketplace, a new format that debuted in Amman last month, the Beirut edition of Mix N’ Mentor promises to be bigger this year. More focus will be given to business development between entrepreneurs and corporations. Representatives from corporates can discuss the challenges they face, or the industries they are interested in, for particular startups to work with them.

The course of the day will include roundtable discussions in the morning, where mentors and entrepreneurs will discuss fundraising, business development, team building and other topics attending entrepreneurs wish to raise.

We’d love to see you in Beirut, so, to apply click here.