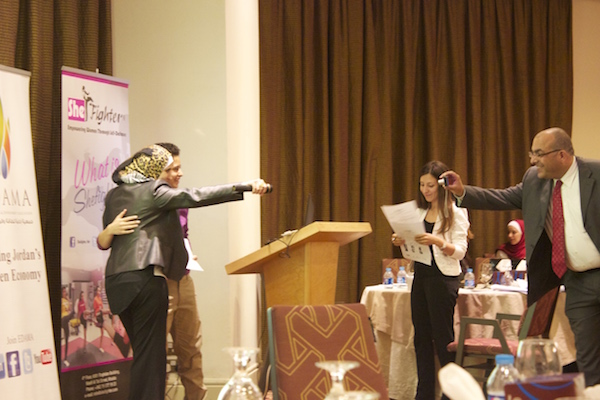 Unlike some of its neighbors in the region, Jordan has limited energy resources when it comes to oil and gas, resulting in the country being heavily dependent on the import of foreign oil to meet its energy needs.

But in this lack of traditional energy resources lies opportunity for Jordanian entrepreneurs and engineers—particularly for women.

Not only has Jordan not yet fully utilized alternative energy sources, it also hasn’t taken full advantage of alternative workforce sources: female engineers and entrepreneurs.

That was a major takeaway from the Council on Women in Energy and Environmental Leadership-Jordan’s (CWEEL) 1st Anniversary Meeting, held Tuesday, May 26, in Amman.

“These are emerging technologies, they have not reached their final shape yet,” said Diala Haddad, Research and Consultations Engineer at Royal Scientific Society/PV Division. “There still isn’t any cultural bias against women in these sectors.”

But despite the field being ripe with opportunity, gender equality in Jordan’s energy field is still far from parity.

“Only 30 percent of Jordan’s engineering graduates are women,” said Asal Ibrahim, of Clean Energy Concepts, during her presentation, “Women in Energy: Moving Forward.”

And despite that low figure, Ibrahim furthered that women’s workforce participation in Jordan doesn’t exceed 15 percent, and that only 3 percent of workers in MENA’s oil and gas sector are women.

“This is a disaster,” Ibrahim said.

During their presentations, both Ibrahim and Haddad provided sobering messages—but framed around the idea that Jordan’s energy sector provides a ray of hope for female engineers and entrepreneurs. This message was echoed across the event. 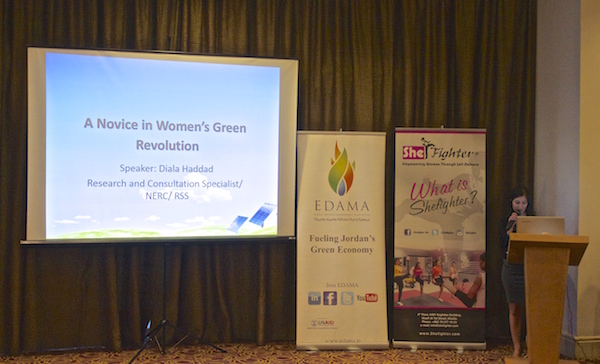 The event was organized by Suhair Al Mhairat, CWEEL’s Liaison Officer in Jordan, and with support from EDAMA, USAID and ESCB.

And at the end of the anniversary meeting, both of these issues stood out.

“Energy independence is a social security,” says Farah Moughrabi, an engineer at Jordan’s Philadelphia Solar. “We don’t have the energy sources that the Gulf countries have.”

As the members of CWEEL-Jordan look to the chapter’s second year, renewable energy and environmental sustainability represent not only an opportunity for women to transcend societal barriers that block their entry to the workforce, but an emerging opportunity for all Jordanian entrepreneurs looking to meet the country’s unique energy needs.