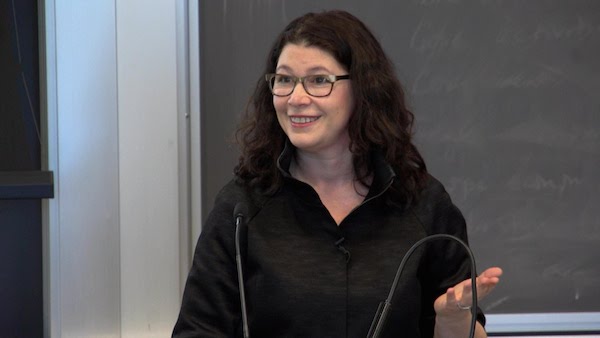 For Karina Sotnik, Silicon Valley was just the beginning of where she is today. She lived the classic dream of working for startups and taking them public.

Her home was next to the HP Garage and she often drove by Steve Jobs’ NeXT Inc- the company he started after being forced out of Apple.

Sotnik is now a serial entrepreneur, a consultant and mentor at academic incubators including UPstart at University of Pennsylvania, Accelerlife (Scandinavia) and ITMO QD (Russia).

She is also a champion of preotypying (not prototyping) and was recently in Dubai to run the first ever pretotyping workshop at The Cribb. She sat with Wamda to explain the concept and why every entrepreneur should run a pretotype before launch.

For example, when design studio Upwell wanted to test the validity of a new product - a lightswitch that also held your belongings - they went into an Ikea store, wearing Ikea uniforms bought from eBay, and watched as people interacted with their product. They saw how many looked it and how many were willing to pay for it. When prototyping a product, you ask “can we make money from it, can we build it and do people want it?” Pretotyping reverses the order.

Pretotyping isn’t a new thing. It has been done before but was never systematically seen as a good approach to test new ideas. In pretotyping, you have to fake the product to take it to the market.

Faking it does not have a positive connotation. But you can fake it just enough to gauge market interest very quickly. There are many techniques to do it - you put a beautiful web front with no backend, like Zappos did. The 1980s IBM Speech to Text test example is the perfect illustration. If they had not done the pretotype, it would be a very typical large company scenario where a lot of money and time would have been put into a product no one wanted. So, you can fake it to see what people like and if they even like it in the first place.

VCs and investors should look at giving entrepreneurs money for pretotyping. When working with investors and entrepreneurs, you cannot just go with opinion. Focus groups give you opinion. What we measure with pretotyping is initial and ongoing level of interest, which make up the key data points. It’s targeted at the company so instead of showing opinion and passion to potential investor (which is also important), you show data. VCs should adopt prototyping as one of their tools in their tool box.

Pretotyping is not just for products and startups. It’s easy to think of a website or a mobile app for pretotyping, but it can be used across businesses. It can also be for anyone who goes on to larger organizations who can then use it start a new service.

Dubai currently has the right symbiosis for young early age startups. I was very impressed by the workshop participants. They were smart, passionate entrepreneurs who were ready for the technique. It was not just additional material for them, they were ready to implement the technique.

For entrepreneurs in MENA and everywhere, I’d say start in your backyard. It’s very attractive to come to the hub of it all. For instance, people have this idea of Silicon Valley as the only place for tech in the US, but it is overly saturated. So look at Boston, New York, Philadelphia, etcetera. Unless you have to be in the hub for strategic partnerships, start local, get your own traction going and show you have a market even if you are not in the hub.