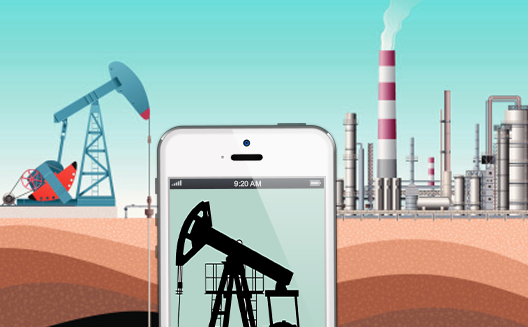 Though the oil and gas sector can be tough, it is not impossible. (Image via theappentrepreneur.com)

Tech startups receive all the hype but the established oil and gas sector is still a fertile landscape for entrepreneurs worldwide.

Most corporations in this industry tend to go about their business in a traditional way yet as we reported in September last year, plummeting oil prices are causing them to turn to technology to lower costs.

Providing services to oil companies is where entrepreneurs can wedge open the normally closed sector. This is the gap Egyptian startup Edigits has stepped into. It’s digitizing the inspection process of containers and lifting devices and offering online certifications via checklists filled digitally by investigators.

Founded in March 2012, Edigits was a traditional app development and IT solutions company.

“We weren’t planning on having a business model for the oil and gas sector, but this is what happened when an Egyptian company, which specializes in quality inspection in the oil and gas industry, asked us to develop a cloud-based app to digitize the life cycle of these inspections,” CEO and cofounder Ayman Abou Rjeily told Wamda. 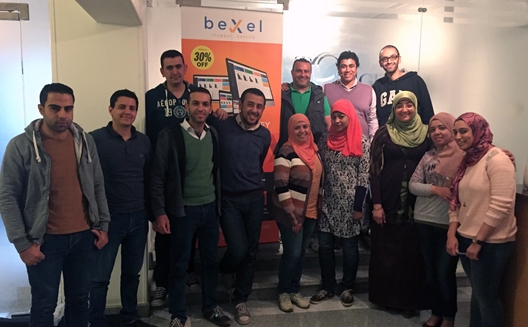 The company launched cloud-based app Bexel app in 2014 to do that.

“According to our studies, around 75 percent of the regional market works on certification via the traditional way, using Microsoft,” Abou Rjeily said. “And most of them have a hard time when it comes to renewing certifications or digging up old ones.”

To address these issues, Bexel allows users to add any number of employees and inspectors, and to make copies of documents in seconds.

Edigits plans to add other features to adapt the service for other sectors such as healthcare and construction.

An example of why this kind of service is needed comes from Egyptian oil and gas services company Unico.

Unico started dealing with a European company in 2015 to digitize their services, but things didn’t go smoothly. They had already faced challenges managing and organizing inspection procedures, and in handling certification payments from clients, thereby losing some valuable customers.

“The cost of the annual contract with [the European company] was $79,000,” Abou Rjeily said. “Despite the high cost, the service would often stop, there were no maintenance procedures, or a folder for each client. [Unico] then lost most of its clients.”

Then Unico turned to Edigits. “After intensive business meetings with Unico that took about 10 months, we were able to analyze the way they manage their information and create an algorithm that would fill all the gaps,” Mohammad Zuhair, business development manager of Edigits, told Wamda. 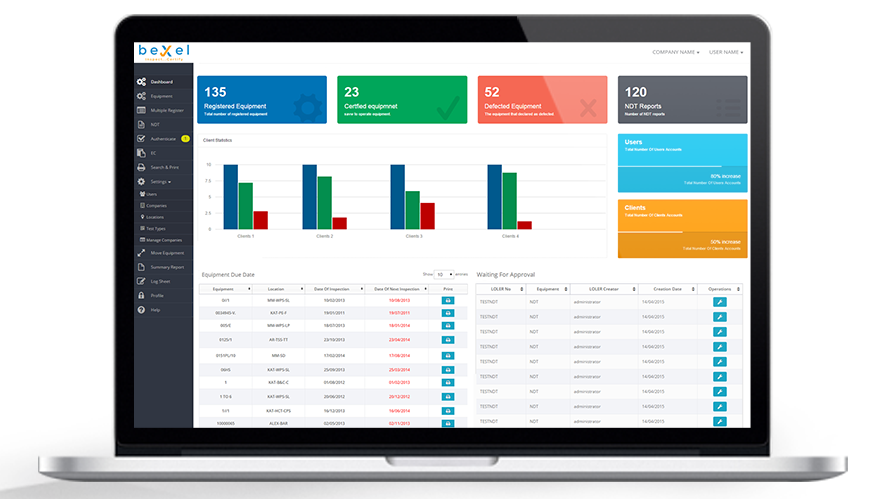 A screenshot of the app.

“We launched Bexel after consulting with the Lifting Equipment Engineers Association (LEAA), an organization with over 70 years of experience in giving certifications to all companies in the lifting and inspection system,” Zuhair said.

He said they partnered with LEEA to learn about the standards it used in certifications, and created app that helped companies digitize their international operations according to those standards.

The partnership has been a success for both Unico and Bexel; Unico was able to regain the trust of its now 71 clients and Edigits has licensed Bexel to a number of new clients in Egypt, including Nordsee, SGS and TechNet. Bexel has been able to cut the life cycle of equipment inspection as it was designed to be useful on-site.

The founders are now planning to raise a Series A round of investment in an effort to further develop their app to suit other industries and complete their plan to expand to the Gulf states, parts of Africa, Turkey, and Pakistan.

International competitors include Coreinspection, Fieldid and Safetrack, in the US, Canada and the UK respectively. These companies offer a very similar service to Bexel, but are currently only targeting Western markets.

Bexel may be on to something, addressing a global problem specifically for the Arab market.