There may be no better time than now for entrepreneurs to ‘disrupt’ the oil and gas industry.

As the oil price hovers between $45 and $49 a barrel, major players in one of MENA’s biggest industries are becoming more receptive to new technology that will cut costs.

But industry figures warn that although the sector, long living fat off the proceeds of high oil prices, is ripe for new players to start making massive, iTunes-esque changes, it’s still notoriously conservative: some Middle Eastern oil companies actually took themselves offline following a massive cyberattack on Saudi Aramco in 2012.

At the Intelligent Oil and Gas conference on September 14-16 in Abu Dhabi, a city with one of the few dedicated public petroleum research centers in the region, experts were cautiously optimistic about the possibility for technological disruption within the oil and gas industry.

“Absolutely, without a doubt. [Startups] can move faster than we can,” he said. “Technology is not a barrier anymore; it’s about applying it in a local setting.”

Puri saw the opportunities lying in cloud-based products and the industrial internet, two areas where US companies are already active but no Middle East-based companies are yet considering.

“Other industries have been under massive pressure to change or die,” said Wipro Technologies vice president Helen Gilman (below). “In [oil production] we’ve been lucky, we haven’t had that kind of pressure. We’ve been operating in a very favorable climate in the last few years.” 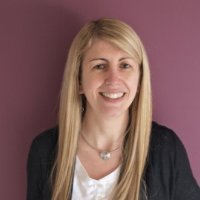 But that pressure is now here. Today the oil sector has to do more with less. Spending is tight and the baby boomer generation is retiring, removing a significant knowledge bank from the industry.

Specific problems in the Middle East include mature oil fields declining and new reservoirs that are more difficult to produce from.

On a technological front, companies are being flooded with data but have little capacity to make sense of it in real time – yet few are directly investing in the kind of innovation that would allow them to put that data to its best use.

Low prices are causing oil companies large and small to start talking about what could be, with industry technologists saying they’re seeing a new openness to ideas that wasn’t there two years ago.

“In hard times when the price is down, is sometimes the best time to stop and take a breath… and take a look at those terabytes of data,” said Chevron’s Southern Africa general manager Janeen Judah. “Technology, now more than ever, is enabling companies to [cut] costs.”

“Innovation is no longer a luxury, it is becoming essential”

Oil and gas companies, globally and locally, have spent the last 15 years investing in technologies such as analytics, sensors and visualization software.

The opportunity for disruption lies in leveraging the technology already in place to better integrate on- and off-site operations. This means remote monitoring and problem solving, software that can make predictive insights, systems that provide real time information, and the introduction of new models that will fundamentally restructure how businesses are run - in the way iTunes overturned the old way of buying and selling music.

“It would be sad if our final achievement is to be an industry leader in predicting problems and fixing problems,” said IBM upstream business development lead Ole Evenson. “[We need to find] a way to read unstructured data the way a human does, in natural language… a system to provide you not hits like a google search…but an insight.”

Wipro’s Gilman said companies were only using about 20 percent of the data collected as many of the technologies mentioned above weren’t being used. She said the oil production process was not currently very efficient and streamlining different aspects of it would create incremental cost savings – important in this pricing environment.

She saw interesting opportunities in more efficiently managing the movement of information between the different teams and contractors involved in the production process; being able to re-engineer large projects to allow more remote monitoring and problem management; and cognitive computing.

The latter was an emerging field which had already started to yield promising results in predictive analytics. Gilman said they were starting to see how technology could be used to do “smart searching”, as noted by Evenson, to draw out insights from years of raw data.

The big question for potential entrants into this field is how to convince conservative oil companies, during a time of spending cuts, that they need a high-tech product.

“Everyone is looking at how to calculate their return on investment. In order to do that you have to have the right KPIs,” said Ashok Dixit, vice president for product optimization at oilfield services provider Weatherford. “You can turn those numbers into dollars.”

Oil companies need to be able to see prior evidence as to how a product will help their bottom line. This can include indicators around unplanned downtime, maintenance downtime, power consumption, chemical inventory, logistics, or equipment lifetimes.

He cited Petronas as an example of a company that had begun using intelligent oil field management and had tripled production, lifted well production “uptime” by 20 percent and dropped well test update times from nine days to two hours.

A technological transformation of the oil and gas sector is underway in some parts of the world, but the Middle East has been a slow adopter. Yet with lower oil prices creating political headwinds in the region, change must come and there is no reason why local entrepreneurs cannot be part of that shift.