Loai Labani, a Saudi entrepreneur and mentor, discovered his passion for information and technology while he was studying software engineering in college. At the King Fahd University of Petroleum and Minerals (KFUPM), he founded the Entrepreneurship Students Club in 2012 with a group of likeminded students to encourage them to use technology to come up with innovative solutions. 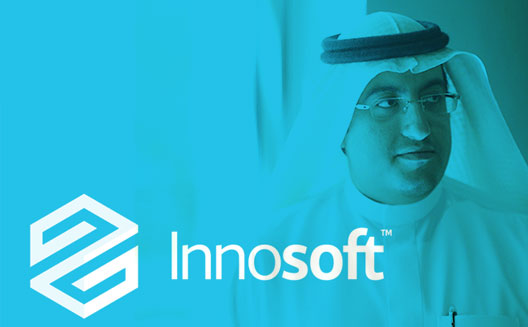 During this time, Labani worked on his own startup, Innosoft (short for Innovative Software), which specializes in mobile and web app development, data analysis and visualization, customer relationship management software, content management systems, gamification applications and services. In an interview with Wamda, he spoke about his beginnings, the challenges of starting an IT company in Saudi Arabia, and Innosoft's evolution over the years.

Wamda: When did you decide to launch your own startup?

Loai Labani: It all started in 2005, when I won the Arab Thought Foundation Award for writing a book in Arabic on how to run maintenance on your computer in two days. Then in 2007, I took part in the Worldskills Competition and won two medals. Then I participated in the National Competition in Computer Skills and won the gold medal.

Since I always liked taking risks and was very interested in the information and technology sector, I launched Innosoft with the support of KFUPM, and the Small and Medium Enterprise Development Center of the Chamber of Commerce.

Wamda: What is Innosoft?

Labani: It's a Saudi company that provides technology-based solutions to small enterprises and Saudi industrial companies, in order to build an economy based on the generation of new knowledge that can guide and support the kingdom’s enterprise development needs.

Wamda: How did the company evolve throughout the years?

Labani: It is the eighth company in which Aramco Entrepreneurship Center (Wa’ed) invested in in 2013. [Labani is now a mentor there]. We received many awards including the Best EDC Award in 2014 and have developed more than 150 projects with more than 50 clients in Saudi Arabia.

Due to the pace of technological development, everything changes quickly. That’s why we conducted a study and decided to move to Dhahran Techno Valley Company. Our revenue model is based on the hours of work our team spends on performing maintenance and developing customized solutions  for our clients. In 2012 for instance, we performed 756 hours of work; in 2013 it was 4,075 hours; in 2014 it was 6,149 hours and the number is expected to grow to 12,000 hours this year.

Wamda: Who is on your team?

Labani: I had a humble start back in 2011. I was the only team member in my startup. By 2015, my team had grown to 14 and we are currently in the process of hiring five new members. Riyadh Altayib joined as the cofounder and the chief marketing officer. Surprisingly, he is considered the eldest addition. His job entails working on market interactions, social community building, quality assurance, gamification, user experience architecture, and user engagement design. He is also the Managing Director of Innosoft Ventures, a technological Venture Capital arm specializing for the Saudi digital and internet industries.

Wamda: What challenges did you face when starting up?

Labani: We lacked the expertise. I didn’t take specific courses to work on my time management skills for instance and these skills take time to develop. Hiring a technical team was also one of our biggest challenges. There’s a big gap in the tech sector: more people are interested in electronic devices but very few have the technical skills needed to actually make them. Marketing was also an issue. We used to rely on word of mouth to promote our business. 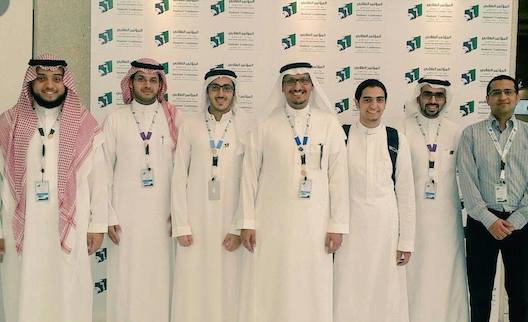 Entrepreneurial participants of the 6th conference for the KFUPM Entrepreneurship Institute. (Image via Facebook)

Wamda: What do you advise young entrepreneurs?

Labani: Generally, they need to keep improving themselves and their skills, think outside the box and conduct studies before expanding to other markets.

At the end of the interview, Labani was keen to advise entrepreneurs to not feel failure but rather to embrace it, and learn from it.