Innovation often comes from a personal inspiration or a simple observation. In Nader Sabry’s case, it was both.

“I saw this really old man. He must have been in his seventies or eighties. I saw him praying and his facial expression was something I’d never seen before,” Sabry said. “He was in physical pain. His facial expression caught me. I could look into his face and read him,” Sabry said. The man in question had a difficult time fulfilling his religious obligations due to the full-body motions involved in prayer. “That was the spark of all things.” 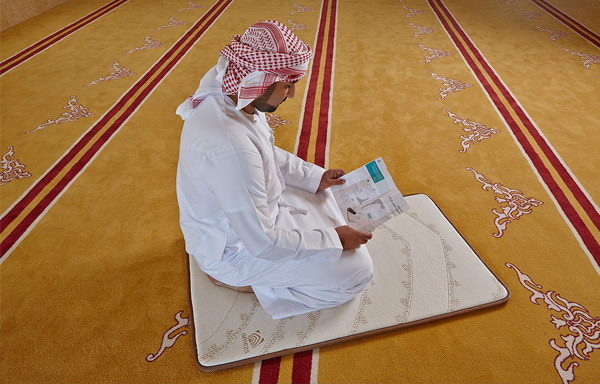 Sabry (pictured below) lived in Canada before moving to Dubai to develop  Timez5 – a physiological prayer mat with five layers that uses NASA technology to provide comfort and ease pain. Timez5 is not his first foray in entrepreneurship; previously he built Canada Online, one of the country’s first independent Internet Service Providers. “We started in a basement in the mid-nineties with two other partners and accumulated large amounts of customers around the country.” 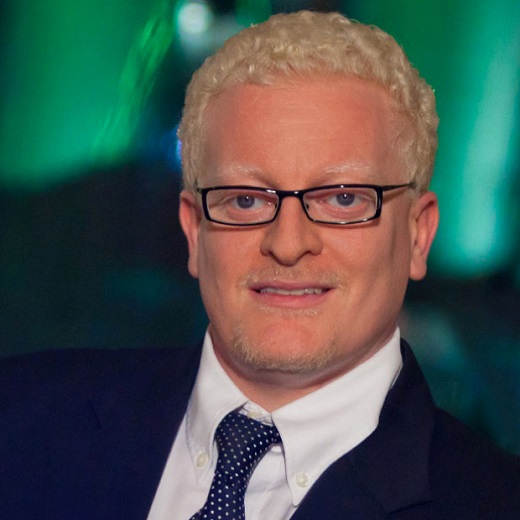 His company went public on the Alberta Stock Exchange and got bought out. “It was one of the best things that happened to us,” the entrepreneur recalled. From a commercial perspective however, being bought out meant Sabry was working for other people again.

He switched focus and built LaunchPilot, a company specializing in artificial intelligence services. “We raised $8 million but it became very difficult to raise another round. People didn’t have good taste in technology [back then].” So he closed the company joined research and development company NMW as a strategic advisor before moving to Copernican International as a senior consultant.

But it wasn’t until 2003, when he accepted the position of chief strategist with Dubai’s Department of Economic Development that he moved back to the region. Still, he felt called in another direction.

“I wanted to be an entrepreneur again,” he admitted. And the old man praying in pain was all the inspiration that Sabry needed.

NASA technology literally at your feet 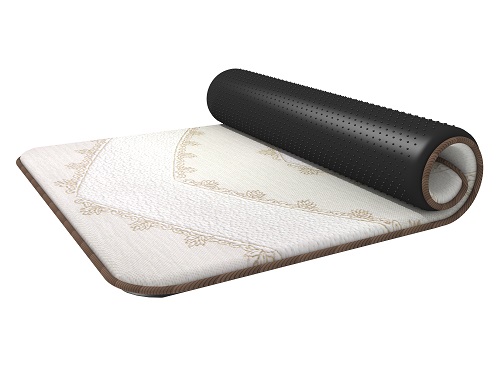 Timez5 is a mat which comprises five layers that, when combined, can relieve muscle pain and stiffness, joint aches, and promote flexibility for the user. The mat can also improve a user's posture and increase energy levels. It has a Micro-Fiber top for a soft, cool, and hygienic surface; a weight absorption layer; a weight transfer grid that adjusts the ratio of weight absorption and weight, and micro grip to prevent slipping or movement while using the mat.

Sabry partnered with a friend who designs space suits for NASA to develop his product, whose name he declined to disclose as he’s on a contract with NASA. Sabry also assembled a research and development team to integrate up-to-the-minute technology into his product. In addition to the five layers, Sabry incorporated anti-microbial nano-technology used in space to prevent dust and bacteria from sticking to objects.

“This technology will protect the respiratory system as people don’t usually clean their mats,” Sabry explained. “Padded mats are the worst types. With time, you develop respiratory problems including full-blown asthma. You can also catch a cold, fungus on the feet, etc.,” the founder said. 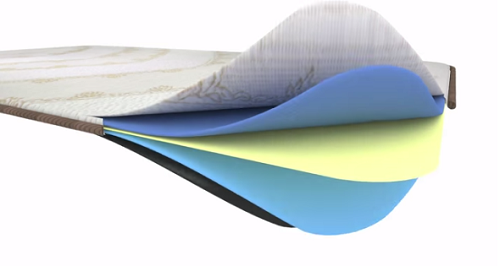 Sabry worked with a team of psychologists to choose the right color for the mat. They chose the ivory cream base. “It creates pure clarity and has a good impact on individuals,” said the founder. Then after doing more tests, they added more vivid colors like dark red, green and blue, which they agreed would be colors to promote “tranquility.”

Sabry proudly says that NASA were the ones to contact him, rather than the other way around. They knew about his invention from his friend who works there. “The engagement started from their side. We were really lucky.”

The Timez5 has even more benefits. The mat also helps users avoid knee injuries and hip replacement, according to Sabry. 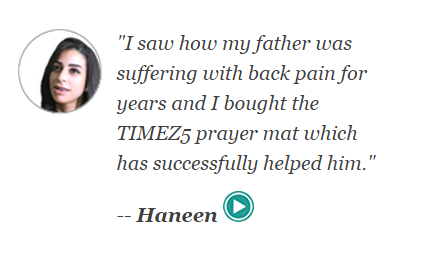 More than 50% of all Muslims are afflicted with knee pain, Sabry noted. He and his team went through 139 prototypes while developing their product.

After launching in Canada and moving to Dubai in 2013, Timez5 is now the 43rd company to be certified by NASA. The year it launched it received the Halal Travel award from Sheikh Mohammed Bin Rashid Al Maktoum, Vice President and Prime Minister of the UAE, “who is also a customer.”

The company is now giving physiology workshops for its customers. “It takes 30 to 45 days before you see a significant difference in your physiology but people are really dedicated to it,” Sabry said.

Most of Timez5’s sales come from Saudi Arabia, the UAE, and Kuwait, followed by Qatar, Bahrain and Jordan. The company also gets orders from another 35 countries including the United States and Europe.

Sabry insists that motivation, for anything, has a spiritual component. “We asked a group of 3800 people around the world if they would exercise if it was good for their health. Most of them said no. But when we asked them they would do so if it will change their spirituality, they said yes. The motive is spiritual.”

For Ramadan, Sabry launched a video campaign called ‘Ready for Ramadan, get your physio spiritual mojo on!’ to promote health-awareness and help people get spiritually and physically ready for the holy month. In the infographic below, Timez5 shows that 58% of Muslims are not ready for Ramadan yet, while 88% of them don’t maintain a regular physical or dietary program. To know more about the healthy habits, check the infographic below: