Fifteen years ago fracking, or hydraulic fracturing, irrevocably changed the global oil and gas sector. Today, technology developed in the wake of that transformation could be a catalyst to solve a major environmental problem around Middle Eastern oil production.

He wants to stop oil companies ‘flaring’, or burning off excess gas from oil fields and believes that if Tanmia can prove its efficacy in Egypt, the technology could take off in the rest of the Middle East and in Africa. 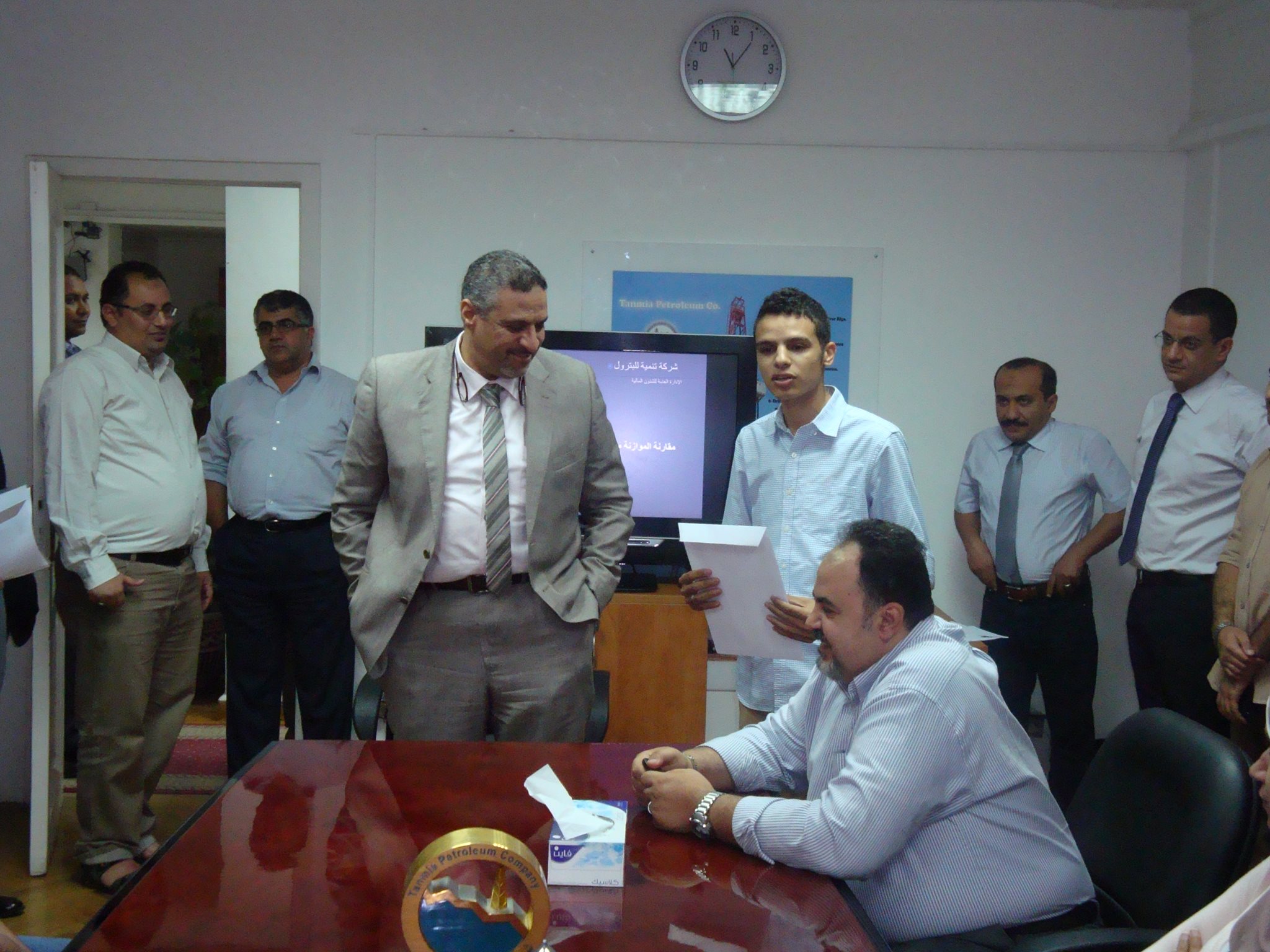 The Tanmia team during one of their office meetings. (Images via Facebook)

“It’s not only just for the sake of helping humanity, which is great of course, but also from an economical stand point you can get some benefit,” he told Wamda. “If we can avail a technology which is field-proven… if people can see it being applicable in a country which is really looking into every single penny, like Egypt, I think it will be generalized [throughout the region].”

El-Barkatawy thinks it’s a revolutionary idea, but first he’s got to convince Egypt’s oil and gas players to see the problem, as well as the opportunity he’s presenting to fix it.

Oil deposits don’t just contain oil; they also contain varying amounts of natural gas, which in itself can be separated into different categories and used for different things.

But oil producers don’t necessarily want that gas. The well could be too far from a market or a pipeline to transport it, there may not be enough gas to justify producing it, or the price might just not be high enough to bother doing anything with it, such as in Egypt where many existing contracts stipulate a price of $2.65 per million British thermal units (MMbtu) for natural gas. 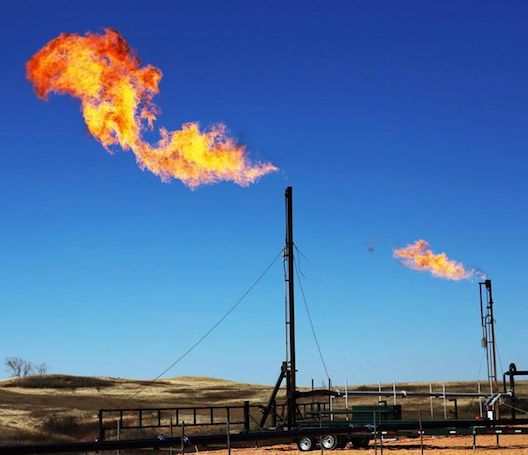 The current solution is to burn off that unwanted natural gas via flare towers above ground.

This sends volatile organic compounds into the atmosphere such as carbon monoxide and carbon dioxide, as well as particulates, so governments regulate how much gas can be flared on any given day. That means companies working with a field that contains a lot of associated gas must slow oil production so they don’t exceed their gas flaring limits.

At the time of writing, GTUIT, one of the companies providing the gas processing units to Tanmia, claimed its technology had captured 76,225 tons of volatile organic compounds such as carbon monoxide and 40,198 tons of carbon dioxide.

Yet, some parts of the flared gas are worth a lot, and all of it is useful.

Natural gas is made up of C1 and C2 gases – methane and ethane respectively, which is good for burning to create electricity. C3 (propane), and C4 (butane), are what make up LPG, which is an important cooking fuel. C5 and above are known as condensates and are highly sought after for use in petrochemicals industries; they typically sell for about $5 below the Brent oil price, the main benchmark for US oil.

El-Barkatawy’s team came up with some cautious preliminary calculations to suggest how much of these products they could get from a well flaring 1 million cubic feet of gas a day, using the new technology: there would be enough C1 and C2 gases to generate 2-3 mega watts (MW) of electricity, or enough to power the well site, 10 tons of LPG and perhaps 2000 gallons [7570.50 liters] of high-priced condensate.

The gas processing units use cryogenic fractionation, where natural gas is chilled to below -40°C separating the heavier, C3 and above gases from the lighter methane and ethane.

Tanmia’s units can cool very small volumes of gas and is supplied by Berg and its US partner GTUIT.

Each company developed small-scale units for oil companies fracking US shale oil fields. The faster slow-down rate for the fracked shale wells compared to traditional oil production – typically up to 60 percent within the first six months of production – and the high cost of getting those small amounts of gas to market in the US, called for a solution that coped with small, declining volumes of gas. Any solution would also have to be hyper-mobile, to the point at which a unit could be dismantled and set up in a new place in 24 hours. 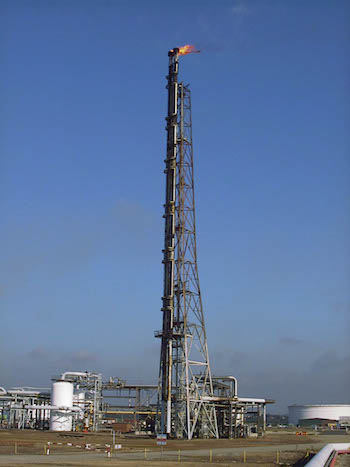 El-Barkatawy says this is perfect for collecting small amounts of natural gas from oil fields scattered across Egypt’s vast Western and Eastern deserts.

But it also meant the units had to fit a tight criteria: units to be small enough to fit on the back of a truck and handle volumes as low as 0.5m cubic feet of gas a day. They also had to be modular so units could be added or subtracted on-site, depending on how much gas was produced at a single oil well.

The units can work in temperatures between -15°C and 45°C, but have been fitted with weather-proof jackets to handle Egyptian sandstorms and higher desert temperatures.

“There are plenty of people who can design [big] gas plants, but they [aren’t restricted by] area, and they can fit it on a piece of land but not on a skid or on the back of a truck.”

The units could either process the gas entirely on-site, or cool it just enough to separate the C1 and C2 gases for localized electricity production from the higher-grade components that could then be shipped out for processing elsewhere.

Tanmia’s mobile natural gas chilling units are yet to be used, as potential clients such as government oil companies Magapetco and Eshpetco continue to mull over the concept.

“We’ve been ready for the last six, eight months. We’ve been waiting on the decision of the petroleum sector,” says El-Barkatawy, as the contract for the technology was awarded in mid-2014. “This is going to be a revolution, if it’s not at least an evolution with what’s going on in Egypt.”

Moreover, he thinks the environmental benefits of reducing CO2 emissions from Egypt’s enormous fossil fuel extraction industry will make Tanmia eligible for carbon credits under the Kyoto Protocol. Although the company is entirely government owned, El-Barkatawy says it operates as a private business, which should allow it to access credits.