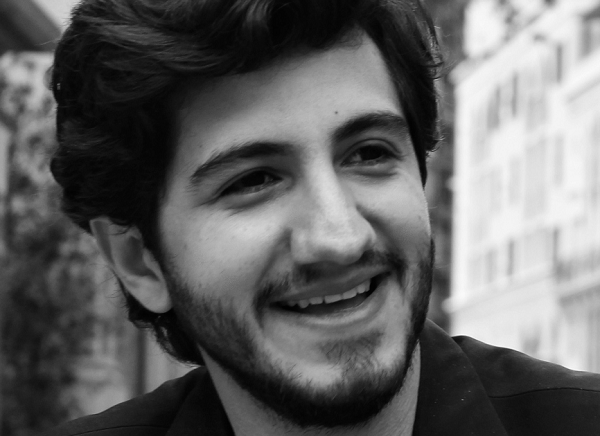 He’s the founder of Rebaie Analytics Group and Data Aurora, his own startups, and despite his wide knowledge of the ins and outs of big data, still has a big online presence.

Last week, in a basement in the Beirut Digital District, he revealed what he knew about big data secrets to a room filled with bean bags, a handful of pro- and anti- big data developers, and one journalist.

Data scientists are cool now. There is a big demand for data scientists but the supply is not huge and the salaries are. I encourage people who want to start a new career, who are passionate about data, who are curious, to think about data science, because everyone now needs to be a data scientist, even ordinary citizens.

There’s hype around big data, but it’s not overhyped. There is a big hype when it comes to big data but this hype means value, not a bubble. That’s been proven by lots of use cases which I’ve seen so many in oil and gas, in marketing, in telecom, you name it. There is no industry untouched by big data.

I don’t regret turning down job offers from some of the world’s biggest big data companies. One of them is one of the most exciting companies when it comes to crunching big data. They are one of the first to introduce big data to us; all of these big vendors started this big data revolution. But I wanted to start something to innovate by myself.

The hardest part of launching and running the business is the market is always changing. You need patience. Now we are in a place with technology where things are moving at a very fast pace. So it’s not about the tech or the tools but the insights, the curiosity, the intuition. There are tremendous challenges, but when it comes to big data there are tens of opportunities, hundreds.

Artificial general intelligence is the final step of big data. When we, as a global population, become smarter than any one individual, we’ll reach artificial general intelligence [where machines can learn and create], once we break the data silos. We have different silos, even within organisations. As a consultant you see this department which doesn’t want to share their data with other departments because of privacy and other constraints. So first we need see the value of sharing data.

We need to focus on the good uses of data, not the bad. There is a non-profit in the US called DataKind that uses it for social good. They analyzed satellite images and they detected houses with thatched roofs versus iron roofs, and they were able to identify the poor areas in order to allocate their resources.

We have our phones, our social media profiles and all of these are generating data about us. Either we use it or we don’t use it. We might need to have some ethical commitment from organisations. For example now if you download an app, that app will access all the data about you; once we have more ethics they will only take the data they need from you.