Hackerspaces aren’t new to the region, but they are new to Saudi Arabia.

Two years ago we highlighted a number of hackerspaces in Egypt, Lebanon, Iraq, Tunisia, and Morocco but Saudi Arabia was missing from the list.

Fast forward a few years and hackerspaces are making small waves in the Saudi Arabian oasis and even universities and other entities are now stepping up to promote this culture, such as the Badir Program for Technology Incubators and King Abdullah University of Science and Technology.

But the makerspace ‘industry’ in Saudi Arabia is still being driven by individuals. Jeddah-based Mohammad Tayeb and Taher Alblowe are two of the founders of the maker culture in the country, and believe their role is to spread the word throughout the region. 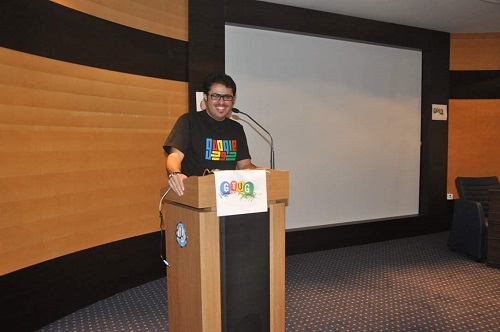 Both Tayeb, general manager of Fab Lab Arabia, and Geeks Valley founder Alblowe (on the right) wanted to establish a makerspace.

The only difference is that Geeks Valley was supposed to have a physical space, but Alblowe was short on money and couldn’t make investors understand and fund the concept before he launched in September so he designed it virtually with online lessons and tools. 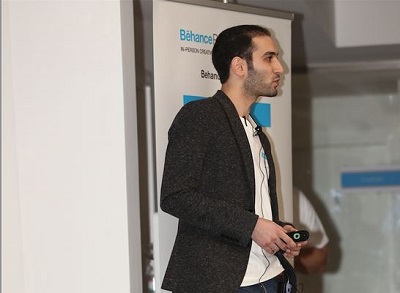 Alblowe is well aware of the need for makerspaces especially in Jeddah, where he launched a Google Developer Group chapter and was the founding member of the local Startup Weekend.

From a funding perspective, things were much easier for Tayeb, who was handpicked for the job of leading the Fab Lab.

MIT professor and Fab Foundation CEO Neil Gershenfeld visited Jeddah in 2010 to discuss the idea of establishing a Fab Lab there with Abdullah Saleh Kamel, the CEO of local conglomerate Dallah Albaraka.

Tayeb (on the right) had a background in product design and years of experience dealing with consumer products and working on machines such as laser cutters and 3D printers, so he thinks he was the perfect candidate to lead the project.

In 2011, Fab Lab Arabia was launched with funding and a space provided by Dallah Albaraka.

The aim of Fab Lab Arabia is to open other sites soon in Yanbu, in collaboration with Yanbu Industrial College, and then move outside Saudi Arabia into Iraq, Kurdistan and maybe even start a mobile lab where a van would move in the country and later go to other countries such as Morocco, Tayeb said.

Other Fab Labs such as the one in Dhahran, Cairo and Beirut share the same vision of Fab Labs globally, but aren’t necessarily under the umbrella of Fab Lab Arabia. GE also has a Garages initiative at the Innovation Centers in the UAE, Saudi Arabia, which hosts workshops and events around advanced manufacturing technologies, 3D printing, prototyping and others.

Furthermore, Fab Lab Arabia, like its sister in Dhahran, is open for all.

“I made Fab Lab Arabia access open to everyone,” Tayeb said. “I give them a tour, a quick class on how to use a single machine just to break the barrier [of not knowing how to use the tools]. Students started coming again and universities started inviting us.” 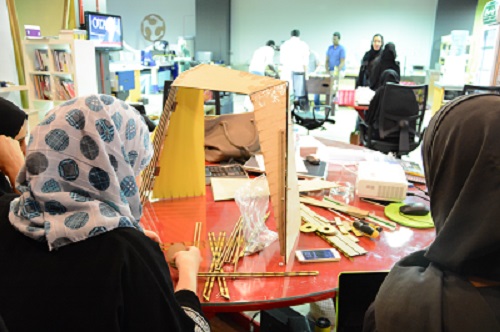 Both Fab Lab Arabia and Geeks Valley are working with universities to make a bigger impact on the future generation.

Geeks Valley is giving a workshop called Arduino 101 for beginners at a university in the West of Saudi Arabia and might extend to a partnership.

The startup is also considering doing competitions, prizes and PR campaigns to raise more awareness about itself and the maker culture.

He was also giving lectures in universities on how to transfer objects into smart objects, speaking to architecture students about how to use digital tools and laser cutters in architecture model making, and giving workshops on robotics.

“More than 50 percent of architecture and design-related work at these university was done at Fab Lab Arabia,” said Tayeb.

Fab Lab Arabia also does around four workshops a year for children, teaching them how to make their own toys and circuits, and is a birthplace of ideas for potential startups.

Among the ideas generated at the lab are a prosthetic hand, and two medical devices: one for monitoring babies, and one in collaboration with the International Medical Center which communicates patients’ needs to nurses. These devices were sold to a hospital in Mexico.

In the next three years, Alblowe wants Geek Valley to have an incubator that supports young people and offer them the necessary services that will help them to develop their ideas.

He also wants to “do a club where we have activities, competitions and hackathons”.

“It won’t be for profit but anything we generate will be injected back to expand the facility and have more machines to cover operational cost and expand faster,” Tayeb said.

Within the next four years Tayeb expects there will be no less than eight Fab Labs in Saudi Arabia and up to 21 Fab Labs in the Arab region.

Stay tuned as we will be talking about what does it take to build a makerspace in the region and lessons learnt from Lamba Labs’ closure in Beirut.