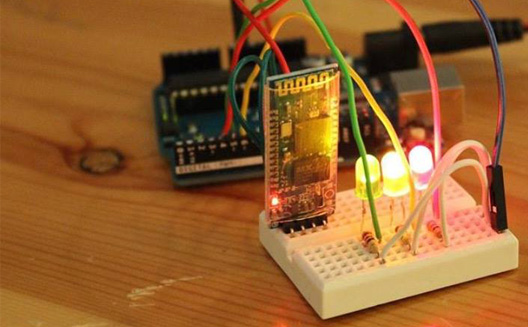 Amateur circuit designers have surged into the electronics manufacturing sector since 2005, after five Italians gave life to a thesis on Arduino, an open source microcontroller-based development board.

The leader of the project, Massimo Banzi, worked on breaking the innovation monopoly of corporations around manufacturing microelectronics, allowing hundreds of thousands of amateurs around the world to design and produce small electronic projects.

Saudis have not been immune to this rush, but there are only a handful of shops that sell the parts hobbyists need to build their projects. Hobby District, an ecommerce site that sells both courses and parts, is trying to fill that gap.

"The main problem this hobby is currently facing in Saudi Arabia is the lack of awareness amongst youth about the importance of designing and manufacturing circuits” said cofounder Fawzy Medawar. “Most people settle for buying ready-made products instead of taking the time to manufacture them and modifying them according to their own needs."

A match made in geek heaven

Hobby District sells parts, courses, and machinery maintenance services and officially launched in January 2015 by Medawar and his cofounder, Bader Al Saif, who worked on building the website early in 2014.

The cofounders met at digital fabrication lab FabLab Dhahran of the King Fahed University of Petroleum and Minerals (KFUPM) in 2014, where they shared a friendship and a passion for designing circuits.

At the time, Al Saif was the lab's manager and Medawar was a frequent visitor. They both worked on projects such as small remote-operated quadcopters.

"The idea came to us by working with many electronics design amateurs at FabLab. They were facing difficulties finding reasonably priced electronic parts, as they were suffering from the lack of educational material in Arabic," Medawar said. 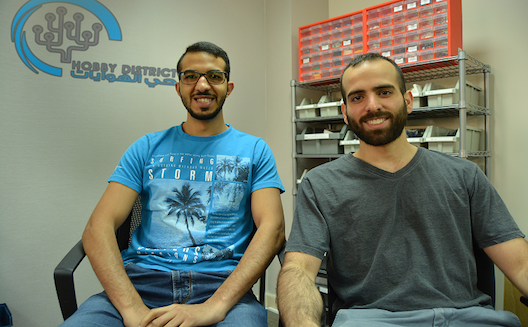 A partnership between circuit design amateurs

The platform received more than 300 orders for parts within the first three months of launch, which added up to thousands of pieces of electronics.

The website currently offers an e-store selling initial circuits, controllers, motors and sensors, along with wires, cables and flashlights, currently only in Saudi Arabia.

Amateurs can buy either online with a credit card or by booking the product and paying in person at Hobby District’s office in Wa'ed, the business incubator in Dhahran.

The company has started turning a profit and the founders will start a marketing campaign this year to promote their retail services. At the moment, they are working on launching the educational section of the website which will include tutorials, articles and educational videos, in Arabic, on how to design and build circuits. By the end of the year, they are planning to have three circuits of their own design for sale - a very different thing to ‘ready-made products’, as while the circuit is meant meant to do some complex tasks it's in no way a complete product.

Hobby District also offers training and maintenance services for General Electric (GE). They have partnered with GE to run its Garages initiative, an advanced manufacturing program at the Saudi GE Technology & Innovation Center. Trainings for different audiences, from schools to internal employees to customers, are held on the software and hardware equipment that is housed in the workshop, much of which is focused on 3D design and printing.

Shops that sell parts and circuits are limited in Saudi Arabia. Jazeerabotics, which offers shipping services to many Arab countries, is one of them.

While the hobby of circuit design is a pillar of entrepreneurship around the world, the cofounders believe this hobby can support the local economy as well.

"Circuit design amateurs can take something and transform it into something else; they can also sell their ideas and prototypes and get financial profit in return," Medawar said.