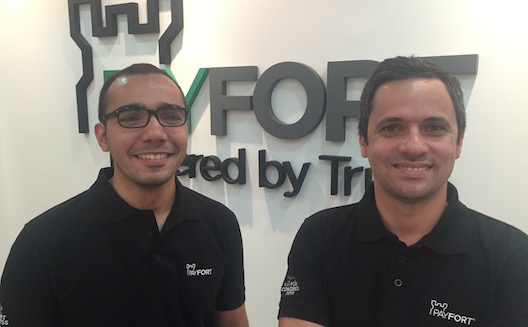 PAYFORT, announced today the acquisition of White Payments, an online payments solution targeted at entrepreneurs throughout the Middle East.

The acquisition will give Payfort access to White Payments’ technology and team. Payfort plans to integrate White Payments’ easy-to-setup applications into its payment gateway services.

“We spent the first nine months after the launch trying to land a deal with a bank, before finally signing a deal with the largest acquiring bank in the UAE, Network International,” said White Payments cofounder Yazin Alirhayim during a quick phone call. “We have technical backgrounds, (but are) not big on filling forms.”

But a chance meeting at Wamda’s Mix N’ Mentor in Dubai last December, where Payfort managing director Omar Soudodi was in attendance, changed everything. Somebody had suggested to Soudodi to take a look at White Payments’ technology and meet its founders, who were also at the event. Soudodi and Alirhayim met that day, and after several discussions, the two parties decided that the best way for both companies to move forward is for Payfort to acquire White Payments’ technology and team.

“The deal with Payfort made complete sense for the White Payments team, specially that Payfort has a big reach and built banking relations with a lot of huge banks, which allows us to spend time building the technology,” Alirhayim said.

Stripe of the Arabic region

Complaints from fellow entrepreneurs about the hassles setting up payment systems in MENA and paying for goods online, motivated White Payments’ founders to build a solution. They launched in the UAE late last year with a focus on providing easy-to-use online payment applications for startups and small businesses. They are often compared to Stripe, which was recently valued at $3.5 billion dollars and just announced major European expansion.

“Starting an online business is really hard and we built White to make it easier, by breaking down some of the barriers facing entrepreneurs,” Alirhayim said.

The company developed a suite of plug-ins and APIs (application programming interface) that allows online payment functionality to be integrated into websites within minutes, eliminating some of the key hurdles faced by the region’s merchants.

“It’s a combination of technology and process,” Alirhayim added. “We looked at what steps a merchant has to go through and worked on eliminating most of them, making it as efficient as possible.”

“The region has struggled with online payment solutions for many years, and this provided the motivation for our whole business,” said Pavel Gabriel, CTO of White Payments. “Typically, entrepreneurs have been forced to jump through hoops to qualify for and install enterprise level financial applications that they don’t really need in the early stages of their business, simply in order to accept payments online. We’re changing all that and, through Payfort, we’ll be making our solutions throughout region.”

As for Payfort, the acquisition of White Payments appears to be one step in a broad strategy to expand its reach.

“The move to seek out startups that can enhance Payfort’s offering is a deliberate one,” added Soudodi. “In the future, we hope that we’ll see entrepreneurs coming to Payfort and pitching their ideas to improve the region’s payment industry. We are open to both partnerships and acquisition, and are working towards building an ecosystem of payment applications.”