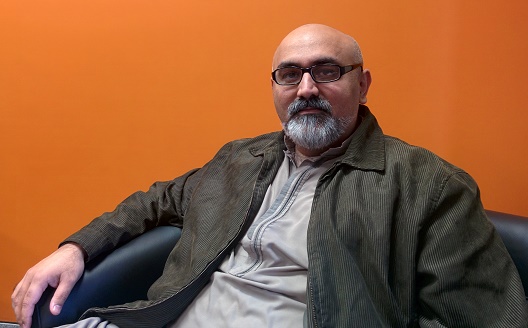 The Pakistani media have dubbed the softly spoken Khurram Zafar an ‘entrepreneur evangelist’.

He returned to Pakistan after a hectic life in Silicon Valley cofounding businesses, and discovered a country where the kind of tech entrepreneurship he knew was almost non-existent.

He became embedded in the collective impetus to create something from practically nothing, joining the board of the government-funded Plan9 incubator and teaching at the Lahore University of Management Sciences (LUMS), eventually becoming the executive director of its Center for Entrepreneurship.

Zafar was quick to assure that he was not the only force driving Pakistan’s rapidly growing startup sector, but he is one whose seen it through from its beginnings to today.

Pakistan has the talent. When I moved back [to Pakistan] one of the things that I would see in Lahore was there was a lot of talent in these young graduates, and their entire frame of thinking was how to get a job once they graduate. Nobody was thinking outside that box. So I thought why not focus on building an ecosystem and trying to get people to help these young graduates and professionals who want to form companies?

You need success stories. Especially to change the ‘get a job’ mindset. A lot of that is just showcasing the success stories and telling them that these opportunities exist. You help them realize there are alternative career choices, you can actually be a job creator.

The internet is an equalizer. It has presented unprecedented opportunities for Pakistan so now it doesn’t matter if you’re a startup in Pakistan or in Silicon Valley. That is something that Pakistan can capitalize on. There’s no reason why Supercell, which is a $1.5 billion company in Finland, cannot be in Pakistan. We have the talent, we have the resources.

Education is not geared towards entrepreneurship in Pakistan. I find Pakistanis who are less educated to be more entrepreneurial. They are willing to take more risks, they’ll open up a small shop, as opposed to trying to look for a job. The education system in the country is geared towards research or producing MBAs and doctors and engineers, and somewhere in there that spirit gets lost.

Keep talking. Often it’s just letting people know there's an ecosystem there to support their idea. In our last batch we had a company called King Kashmiri Tea. They turned an amazing tea, that generally takes about half an hour to make, into a tea bag. I was at a university talking about entrepreneurship and these kids were in that lecture. They approached me afterwards and said ‘do you think this idea makes sense?’ Now they’re doing really well.

You first need mentors to build an ecosystem from scratch, then resources. People who founders can reach out to and bounce ideas off. The next step is having an environment where young entrepreneurs can work on their startup idea without worrying about a job. The Punjab government is sponsoring the Plan9 incubator and PlanX accelerator, Google pitched in in Karachi to build an incubator, and we have these state departments sponsoring WeCreate Islamabad.

Be prepared to start small. Last year the Center for Entrepreneurship was a storeroom. A startup weekend and a couple of business plan competitions at LUMS connected people, who realized the need for a platform to take these kids beyond those events. We found this space in the business school that was stacked to the roof with old furniture, slapped some paint on the walls, threw in some bean bags and some good furniture. There was no plan or curriculum for our first batch, it just kind of evolved with them.

There’s not much money for startups in Pakistan. There was this sense that if you get startups to a stage where they can present a compelling product it would be very easy for them to raise money. That is not true. I assumed there was a lot of capital available in the country because there are plenty of high net worth individuals, but what I didn’t realize was they were not used to investing in asset-light, knowledge economy businesses. Had I known that when I started I probably would have focused as much on making capital available as building the ecosystem.